Football: The Mug remains with Norwich 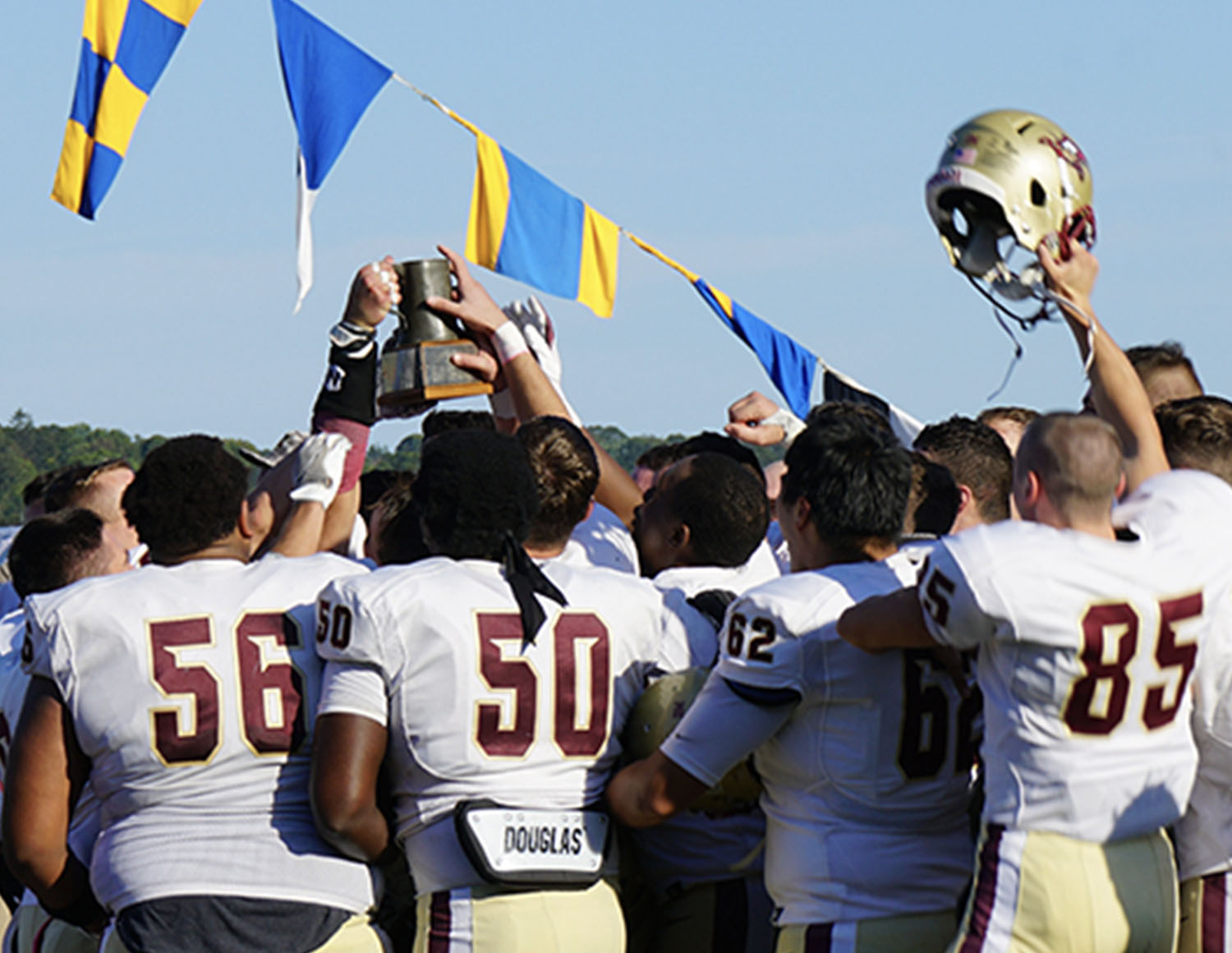 Late-game lightning, it seems, can strike twice in “Little Army-Navy” Games. For the second-straight meeting, Norwich University used a second-half burst to keep the Mug in its football game against the U.S. Coast Guard Academy on Saturday.

On Saturday in New London, Connecticut, Norwich (2-3, 1-0 in conference) started the second half explosively. Quarterback Mitchell Theal threw to Trevor Chase for a 78-yard touchdown on the opening play. The Cadets led 10-7.

Norwich scored 21 points to survive a seesaw second half with four lead changes.

A 5-yard touchdown pass from Theal to Chase capped a nine-play, 63-yard drive to put Norwich up 17-14 and cap the third-quarter scoring.

In the fourth quarter, the Bears (2-3, 0-1 in conference) retook the lead, 21-17, as Wall finished five-play, 43-yard drive with a 2-yard touchdown rush. But Norwich erased that deficit, too.

Running back Justin Bryant capped an 11-play, 74-yard drive with a 1-yard run to give the Cadets the decisive margin. Bryant ran for 125 yards on 33 carries and fellow running back Nate Parady gained 94 yards on 20 carries to lead Norwich’s rushers.

Zach Buchy kicked a 30-yard field goal and three points after to add to Norwich’s offense.

On defense, Norwich forced three turnovers and limited Coast Guard to 85 yards passing. Henault complemented his interceptions with five tackles. Linebackers Noah Knight and Zev Motew had four tackles each for the Cadets.