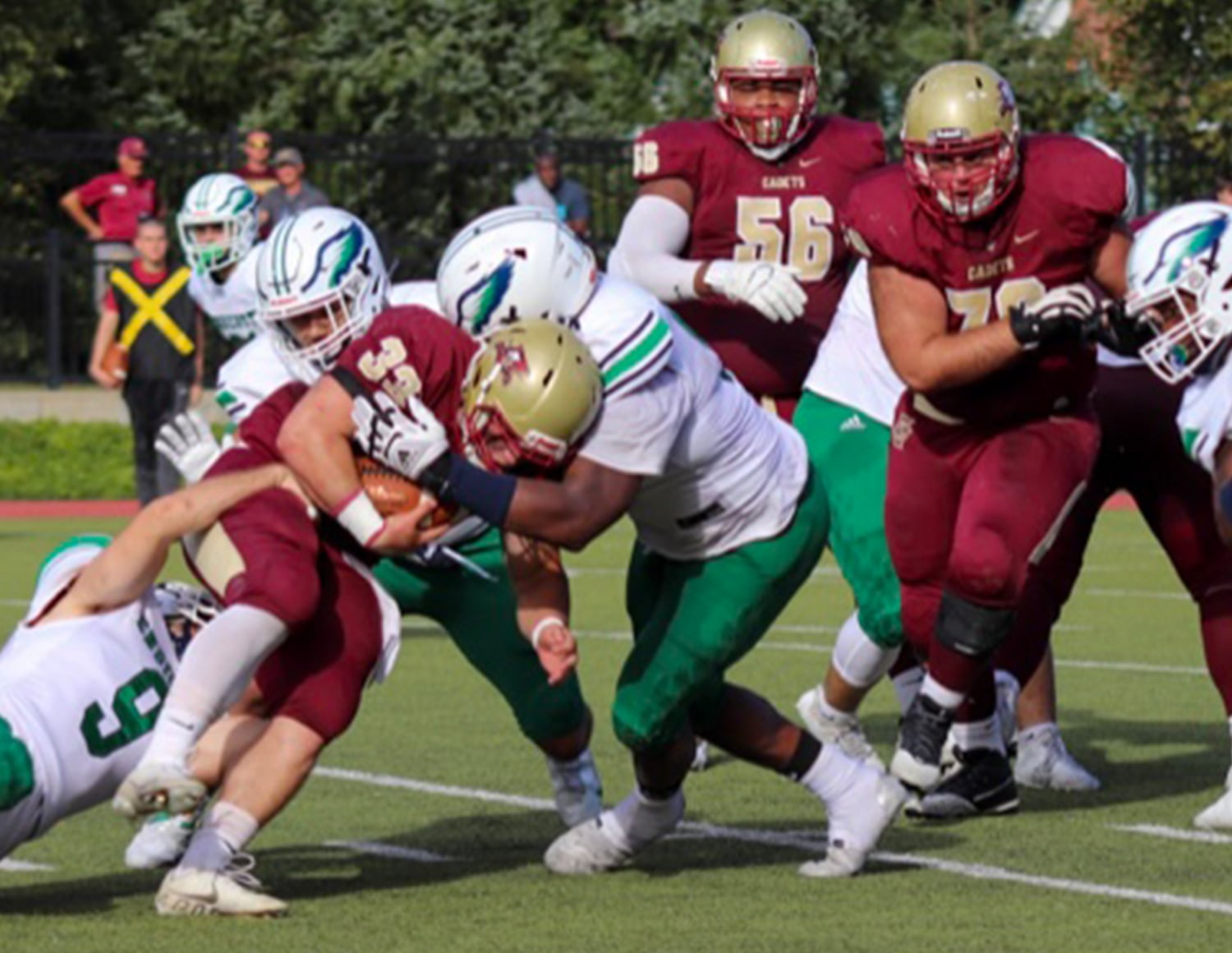 The Homecoming football game started with such promise for Norwich University. The Cadets scored on their first play from scrimmage and led 14-0 after one quarter.

But a 10-point fourth-quarter surge by visiting Endicott College sent Norwich to 30-21 defeat in front of more than 3,000 fans at Sabine Field and Haynes Family Stadium.

Norwich (1-3) opened with a flourish, as quarterback Mitchell Theal threw to wide receiver Trevor Chase for a 70-yard touchdown. Zach Bushy’s point after put Norwich up 7-0.

The Cadets defense set up a second score. Defensive back Jeremy Henault intercepted an Endicott pass and gave Norwich the ball at the Gulls’ 12-yard line. Cadets running back Nate Parady carried the ball three times, the last for a 2-yard touchdown score. Bushy added another point after and Norwich led 14-0.

Endicott (3-1) fought back and took the lead in the third quarter with a 17-point run. A 2-yard touchdown run by quarterback Mike Ingraffia, a 6-yard touchdown pass from Ingraffia to Shane Aylward and field goals by Ryan Smith (32 yards and 36 yards) accounted for the Gulls points. (Aylward finished with 101 yards receiving on five catches.)

Norwich wrested the lead back with a nine-play, 75-yard drive finished by a 19-yard touchdown pass from Theal to Chase. After the extra point, the Cadets led 21-20 with 1:15 left in the third quarter.

But Endicott sealed its win in the fourth quarter, with a 40-yard field goal from Smith and a 42-yard touchdown, Endicott’s largest score from scrimmage this season. Gulls running back Anthony Caggianelli took a pitch from Ingraffia on an option play and ran in for the score.

The Gulls are now 2-0 against Norwich, last winning in November 2012.

Defensive back Ethan Amburn had five tackles and linebacker Zev Motew had four to lead Norwich’s defense. Motew assisted on eight other tackles.

The Cadets won the last iteration of the rivalry game, nicknamed the “Mug Game” and the “Little Army-Navy Game” on final-seconds field goal in 2019.