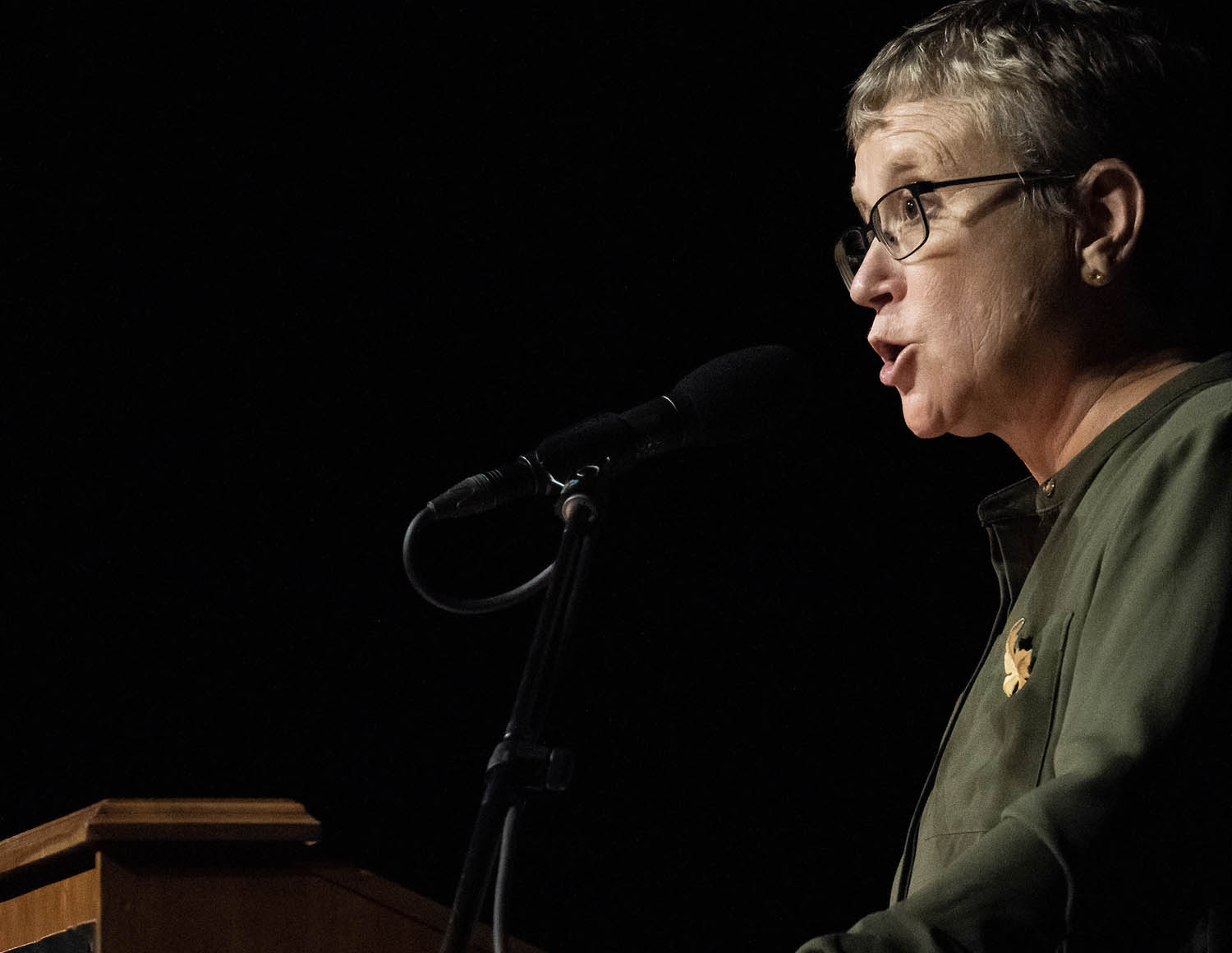 From her front-row seat as Mark Anarumo’s stepmother, Dr. Felicia J. Ruff watched Norwich University’s 24th president develop as a leader, scholar and parent. She said she appreciates his academic achievements; she, like he, holds a doctorate. She said she also appreciates his parental devotion; he values his dad title more than he values “colonel,” “doctor” or “president.”

Ruff, whose doctorate from the Graduate Center at the City University of New York is in theater history, likened Anarumo to her father, who shared a similarly boundless love for learning.

Both men succeeded after struggling mightily in high school, Ruff said, proving that learning plus purpose can yield transformation. Anarumo’s success, she added, exemplifies the lasting generational power of ROTC and the GI Bill.

Ruff recalled finding a box of love letters her college-age father sent to her mother, one of which read, “I think I want to live the life of the mind.” Anarumo, too, wanted to live a life of the mind, Ruff said; he soaked up all he could about art, history, literature, music.

“Trust me,” Ruff said, “you wouldn’t want to play either man in Trivial Pursuit.”

Anarumo’s civilian career could have led into government service or private industry, Ruff said. As a U.S. Air Force officer, he’d commanded an air base in Turkey, led security forces in Kyrgyzstan and, perhaps scariest of all, planned strategic budgets for the Pentagon during a government shutdown.

But, Anarumo, like her father, chose a career of sharing knowledge with others, in service to community, family and country.

“He can bring his array of skills to young people who are now on their own transformational journeys through education and a life of the mind,” Ruff said.

Ruff recalled a career-portending online instant message Anarumo sent in the middle of the night three years ago, the first and so far only time she’s received such a message.

Although he was serving as a permanent professor for the Center for Character and Leadership Development at the U.S. Air Force Academy in Colorado Springs, Colorado, Anarumo still deployed to North Korea during a “critical crisis moment” with dictator Kim Jong-Un, she said.

This is the same Kim Jong-Un who’s been accused of human rights violations and who feuded about nuclear weapons supremacy with former U.S. President Donald Trump.

“I typed something like, ‘I think you should be a college president,’” Ruff said with a laugh. “What can I say (Board of Trustees) Chairman (Alan) DeForest? You’re welcome.”