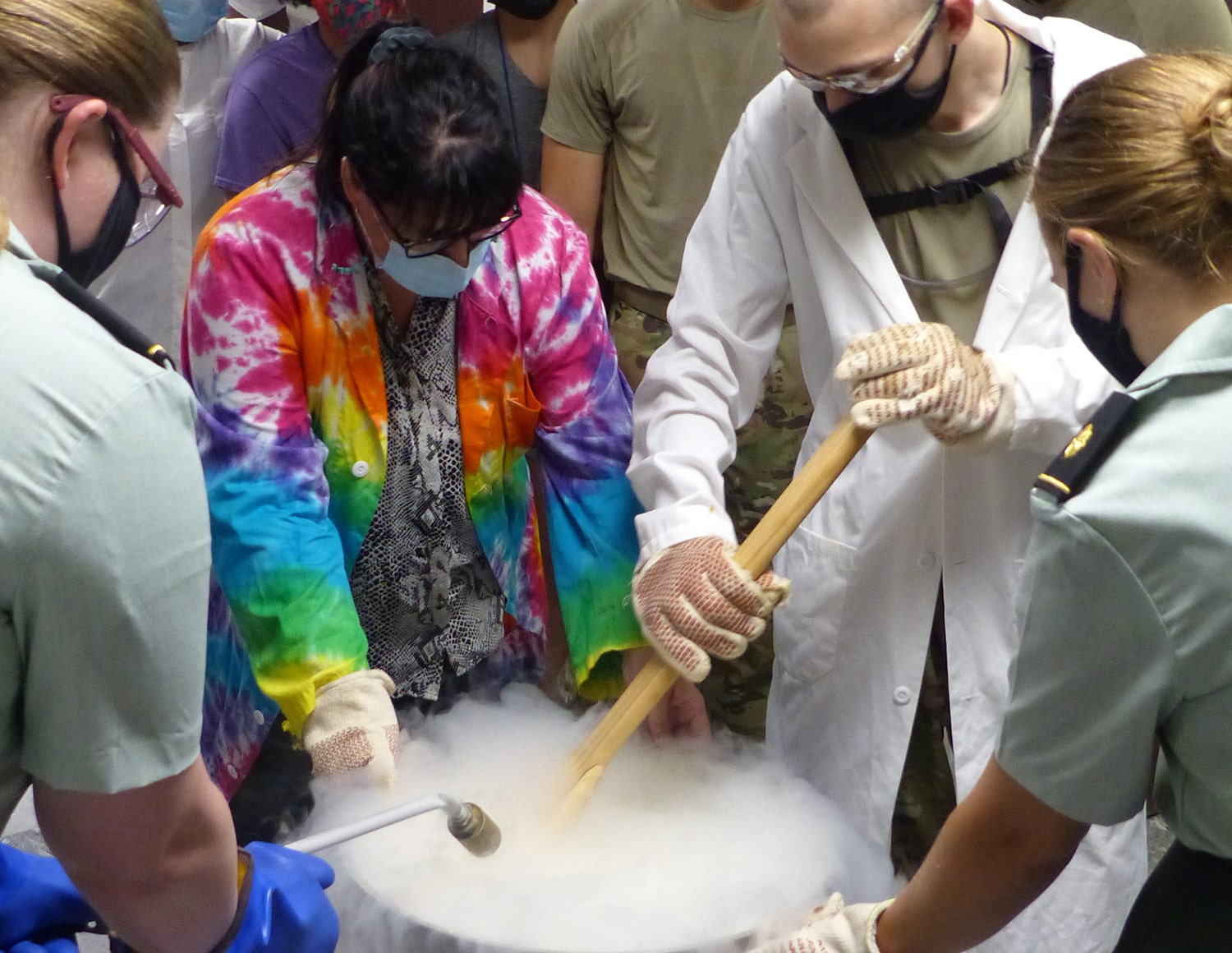 I scream, you scream, we all scream for … a chemistry experiment?

Some kitchen scientists might have made ice cream with bags, combining heavy cream, vanilla extract and sugar (or other flavor) in a large resealable bag, combining ice and rock salt in a smaller resealable bag, then putting the smaller bag in the bigger one and shaking vigorously. As Scientific American reports, this works because the rock salt lowers the cream’s freezing point, creating a freezing-point depression.

Liquid nitrogen is typically made from air, which is about 78% nitrogen. At room temperature, nitrogen is a gas, but at very low temperatures, nitrogen changes phases, going from gas to liquid.

Agan’s experiment used liquid nitrogen, which is nitrogen gas at extremely low temperature, to provide the cold. (Liquid nitrogen’s boiling point is -312 degrees Fahrenheit.) Students poured the liquid nitrogen over a base of heavy cream, corn syrup and vanilla extract and stirred with a big wooden paddle.

Liquid nitrogen is typically made from air, which is about 78% nitrogen. At room temperature, nitrogen is a gas, but at very low temperatures, nitrogen changes phases, going from gas to liquid.

As Discover magazine reports, pouring liquid nitrogen over an ice cream base like the one Norwich’s students made reduces the base’s temperature quickly. The mixture’s molecules move less and water molecules form small seed crystals, Discover reports; and stirring the mixture (adding mechanical energy) breaks the crystals into tiny pieces to create a smoother-than-supermarket-varieties ice cream. (The ice cream shop chain Creamistry, which operates in six states in the southern and western United States, creates its products using liquid nitrogen.)

Agan said the ice cream experiment introduced students to the American Chemical Society, which was founded in 1876,  chartered by Congress, and includes 155,000 members in 150 countries. On its website, the group said it aims to improve people’s lives through chemistry’s transforming power.

“It got to be this really nice mix of students who will see each other in class,
Agan said of the ice cream making. “It was a way to use a fun bonding experience as a scientific lesson.”