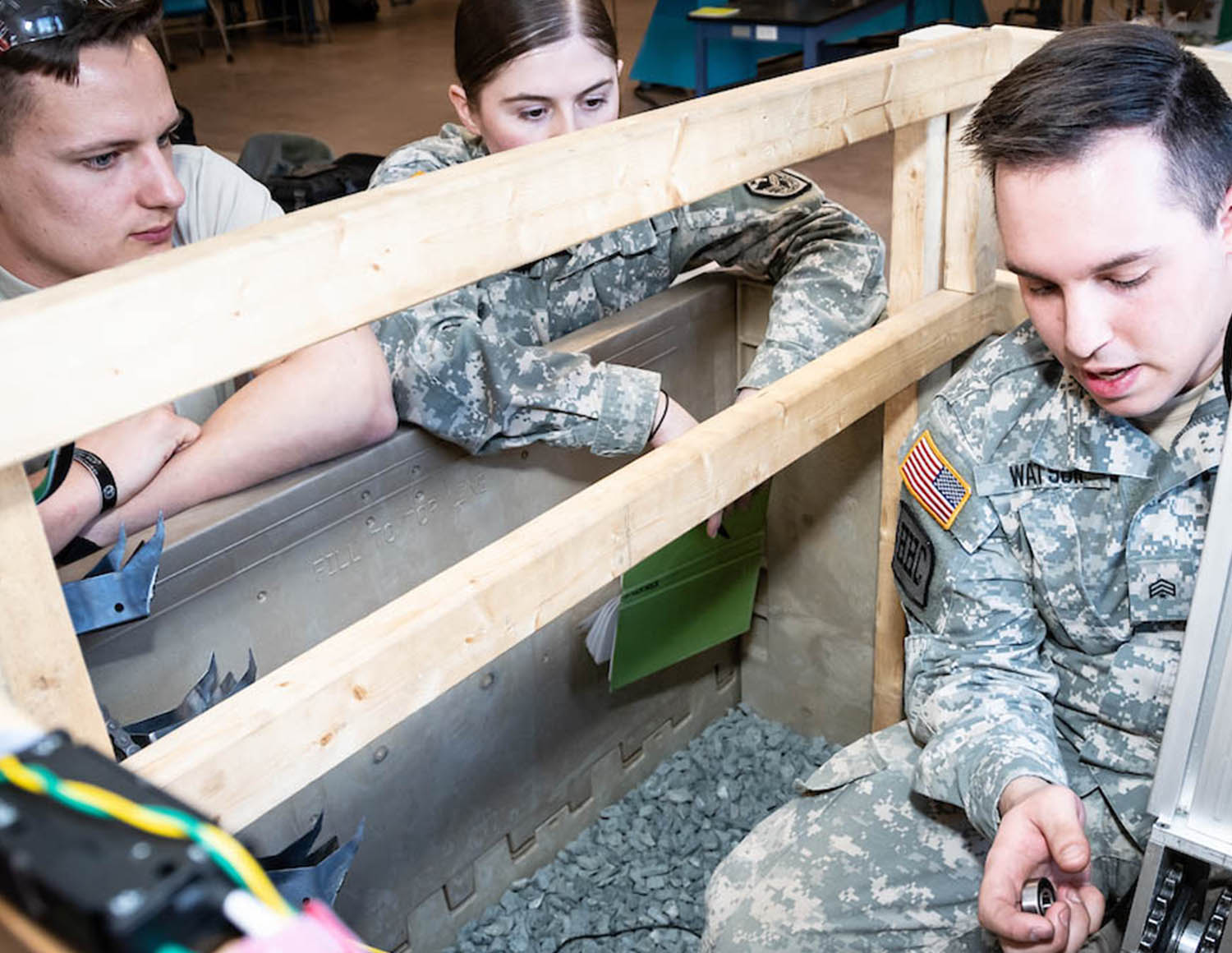 Nation’s oldest private military college is named among best for veterans, for value and for engineering and computer science programs for 2022

For the fifth consecutive year, Norwich improved its rank as a regional university; as a school ranked highly for veterans; and as a top national undergraduate engineering program. Norwich also made the best value school and best undergraduate computer science program lists after being unranked in both in 2021.

The U.S. News value ranking follows Norwich University’s high ranking in Georgetown University’s Center on Education and the Workforce’s national “A First Try at ROI” study. In the study, released in November 2019, Norwich ranked in the top 7% for best net value among the 4,529 schools ranked.

“The fact we have earned an elevated position among the best in the nation is very important to our students and families, including affordability, as an exemplar for veterans, and in multiple academic programs.”Norwich University President Dr. Mark Anarumo

“Norwich University continues to climb college ranking lists, both nationally and regionally,” Norwich University President Dr. Mark Anarumo said. “I am especially proud to see us move into high ranking for categories in which we weren’t even mentioned last year; that is an extraordinary accomplishment. The fact we have earned an elevated position among the best in the nation is very important to our students and families, including affordability, as an exemplar for veterans, and in multiple academic programs.”

Anarumo also celebrated Norwich’s climb in ranking for its engineering programs, noting Norwich’s stature as the first private university to teach engineering, leading the way for its graduates to make significant contributions in roads, bridges and infrastructure that built the America we know today.

“The David Crawford School of Engineering is pleased with this increased ranking as we continue to invest in laboratory spaces, Wallace Materials Testing Facility (opened in Spring 2021) and Carrara Family Fluids Laboratory, that continue our founder’s vision for experiential learning,” the school’s director, Dr. Karen Supan, said.

About Norwich University:
Norwich University is a diversified academic institution that educates traditional-age students and adults in a Corps of Cadets and as civilians. Norwich offers a broad selection of traditional and distance-learning programs culminating in Baccalaureate and Graduate Degrees. Norwich University was founded in 1819 by Captain Alden Partridge of the U.S. Army and is the oldest private military college in the United States. Norwich is one of our nation's six senior military colleges and the birthplace of the Reserve Officers’ Training Corps (ROTC). www.norwich.edu