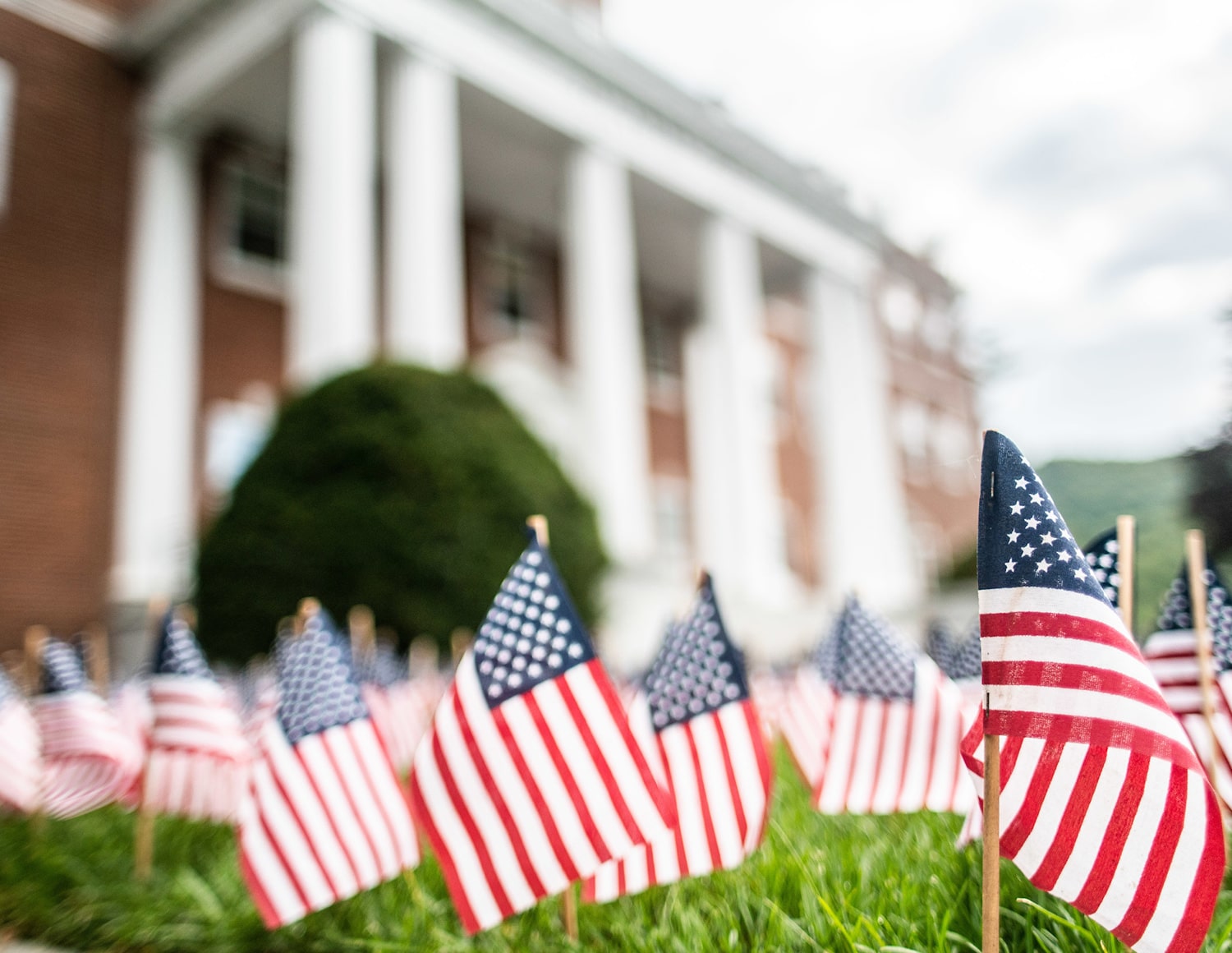 The 20th anniversary of the Sept. 11, 2001, terrorist attacks and the United States’ military withdrawal from Afghanistan have coalesced into historical bookends, Norwich University political science professor Jason F. Jagemann said. The terrorist attacks prompted a U.S. invasion and 20 years of war in Afghanistan and lately a torrent of headlines and commentary.

Jagemann said students he advises in the Politeia political science club and his classes, many of whom will serve in the armed forces, are focusing on service and memories, many from elders who saw the attacks.

Jagemann recalled how he was scanning stations on his car radio on his trip into campus and heard news of the attacks, first on “The Howard Stern Show,” and later on NPR. After he parked, Jagemann remembers campus corridors pulsing with conversation about what had happened and people lined up rows deep at the Mill to watch footage of the scenes from New York City, Washington, D.C., and Shanksville, Pennsylvania, on a wall-mounted television.

“I want to get a sense of now that 20 years have passed whether events like this still embolden (students) and their choice to take a service tack. Many of them do report that, indeed, 9/11 is on the radar.”Dr. Jason F. Jagemann, associate professor of political science, Norwich University

Jagemann said he also remembers how a colleague in the office across the hall loved morning popcorn and ate it that day. The smell is part of Jagemann’s 9/11 memory.

On Friday, to honor the attacks’ victims, Politeia, the political science club Jagemann advises, will plant 2,997 miniature U.S. flags on the Upper Parade Ground, one for each person who died. The flag planting, now in its 13th year, is the first of several 20th anniversary remembrances.

Norwich’s flag planting followed the lead of the Reston, Virginia-based Young America’s Foundation’s 9/11: Never Forget Project, which started in 2003 to encourage the commemoration.

“I want to get a sense of now that 20 years have passed whether events like this still embolden (students) and their choice to take a service tack,” Jagemann said, recalling recent informal polls. “Many of them do report that indeed, 9/11 is on the radar.”

Corps of Cadets members Dara Kelly and Ryan Cranston, both seniors, organized the flag planting. Both corroborated Jagemann’s findings. Cranston said 9/11 figured in his decision to sign a U.S. Army contract. (Kelly and Cranston were both 2 on Sept. 11, 2001.)

“Being where I live in New Jersey, there are many people that we know who were directly affected by the planes hitting the towers. There were so many stories that were not just stories, they were affecting me and my family personally,” Kelly, a political science major with minors in history, leadership and Naval science and a U.S. Marine Corps contract, wrote in an email. “It is important to mark and remember the day for the continuity and solidarity and unity to remember those who were lost that day.”

Cranston, another political science major and a U.S. Army-contracted active-duty cadet, recalled a line from the Roman poet Virgil’s “Aeneid” — “No day shall erase you from the memory of time.” He said each flag planted preserves an American’s memory.

“It is especially important for the Corps to be involved because we all, in some way, chose a life dedicated to service,” Cranston wrote. “This event connects us closer to the first responders and all Americans who perished that day. … The U.S. has been at war in the Middle East for my entire life because of the awful acts that occurred 20 years ago. On the 20th anniversary, we reflect on these realities and think about this perspective that only people in our age demographic can understand.”

Cranston and Kelly said they will think of Afghanistan and the servicemembers and others who died there as they plant flags and make their vigil tours. The Associated Press reported that 3,846 U.S. contractors, 66,000 Afghan national military and police, 1,144 allied service members, 47,245 Afghan civilians, 444 aid workers, 72 journalists and 51,191 Taliban and other opposition fighters died in the Afghanistan war’s 20 years.

“I think about the soldiers and Marines over in Afghanistan every day,” Cranston wrote. “I have those who have suffered under Taliban rule in my heart and can only hope that one day they can live free.”