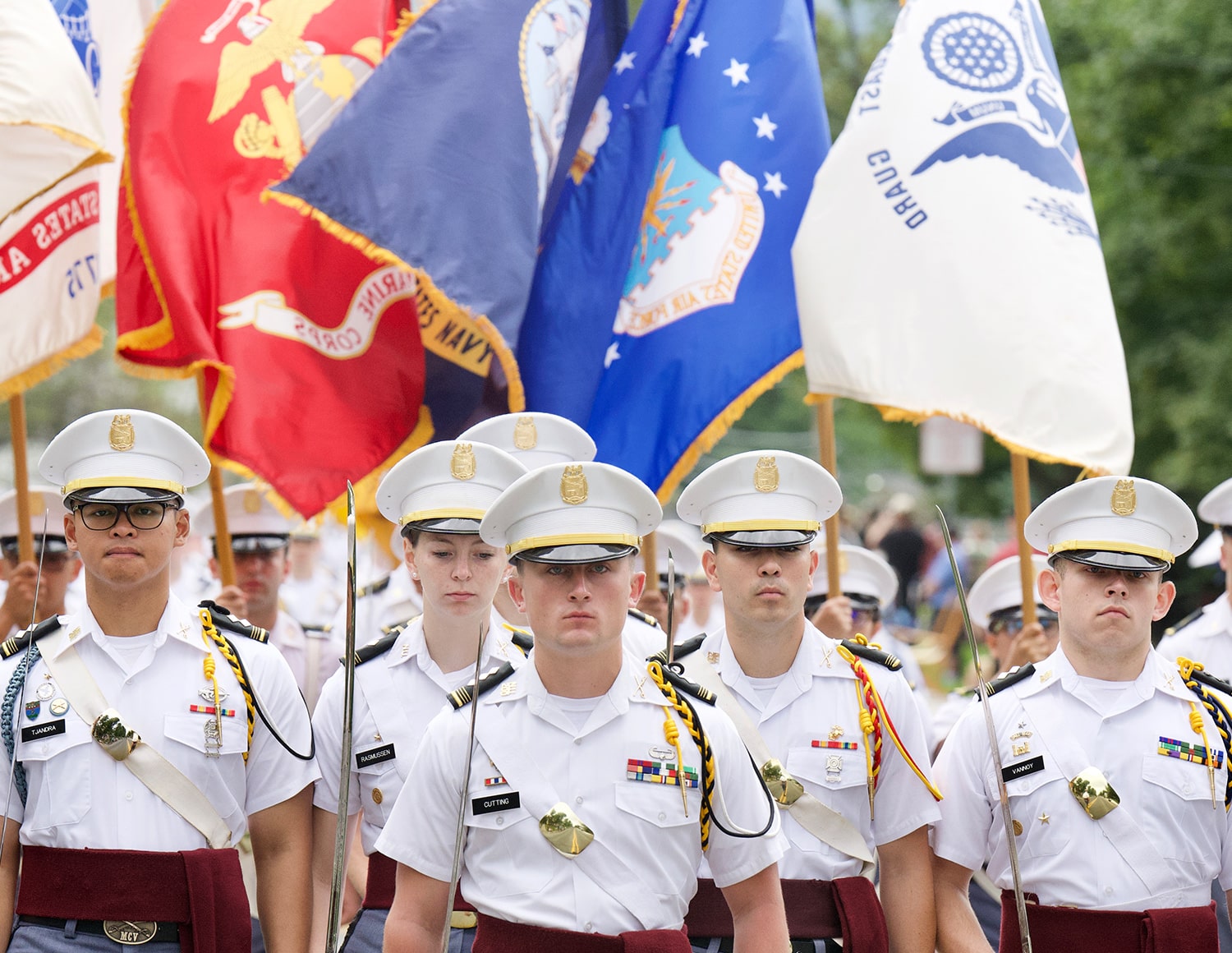 We love a parade. Norwich University began the fall semester’s second week with a day off from classes and participation in the Northfield Labor Day festivities. The Regimental Band played and several student groups, including the Corps of Cadets and several sports teams, marched.

The traditional planting of flags to honor the people who died in the Sept. 11, 2001, terrorist attacks and a special wreath laying marking the attacks’ 20th anniversary highlight the week’s activities.

— Hablas conmigo: Norwich’s Spanish Conversation Club will hold a Tertulia, a social coffee hour, from 4 to 5 p.m. this Wednesday (and every Wednesday) in the Language Resource Center, Schneider Hall, Room 202. All levels of Spanish speakers are welcome to practice their skills in a relaxed, fun setting. No pressure (sin presión.)

— Class action: The Academic Achievement Center will hold a learning skills workshop, Ready, Set, Goals! from 4 to 5 p.m. Thursday in the South Instruction Room on Kreitzberg Library’s fourth floor. Professional and peer tutors will discuss the semester with attending students to devise a path to academic success. Email This email address is being protected from spambots. You need JavaScript enabled to view it. to sign up.

From 6 to 8 p.m. Thursday, the Academic Achievement Center will host a Fourth Floor Takeover and Time Management Power Hour at the library.

President Dr. Mark Anarumo has made a goal of encouraging study away and abroad to help students broaden perspectives and enrich academic experiences.

— 9/11 remembrance: On Friday, starting at 6 p.m., Politeia, Norwich’s University’s political science club, will plant 2,977 miniature U.S. flags on the Upper Parade Ground — one for each of the victims killed in the attacks at the World Trade Center in New York, the Pentagon in Washington, D.C., and in Shanksville, Pennsylvania.

At 12 a.m. Saturday, seniors in the Corps will start 24 hours of marching vigil tours, slow, ceremonial half-hour marches on the Upper Parade Ground’s tour strip, near the planted flags.

Politeia seeks volunteers to plant flags from 6 to 7 p.m. Friday and remove them by noon Sunday. Direct questions to Dr. Jason F. Jagemann, Politeia’s adviser, at This email address is being protected from spambots. You need JavaScript enabled to view it. (Jagemann, an associate professor of political science, coordinates Norwich University’s Political Science Program.)