She lugs the rocks of life 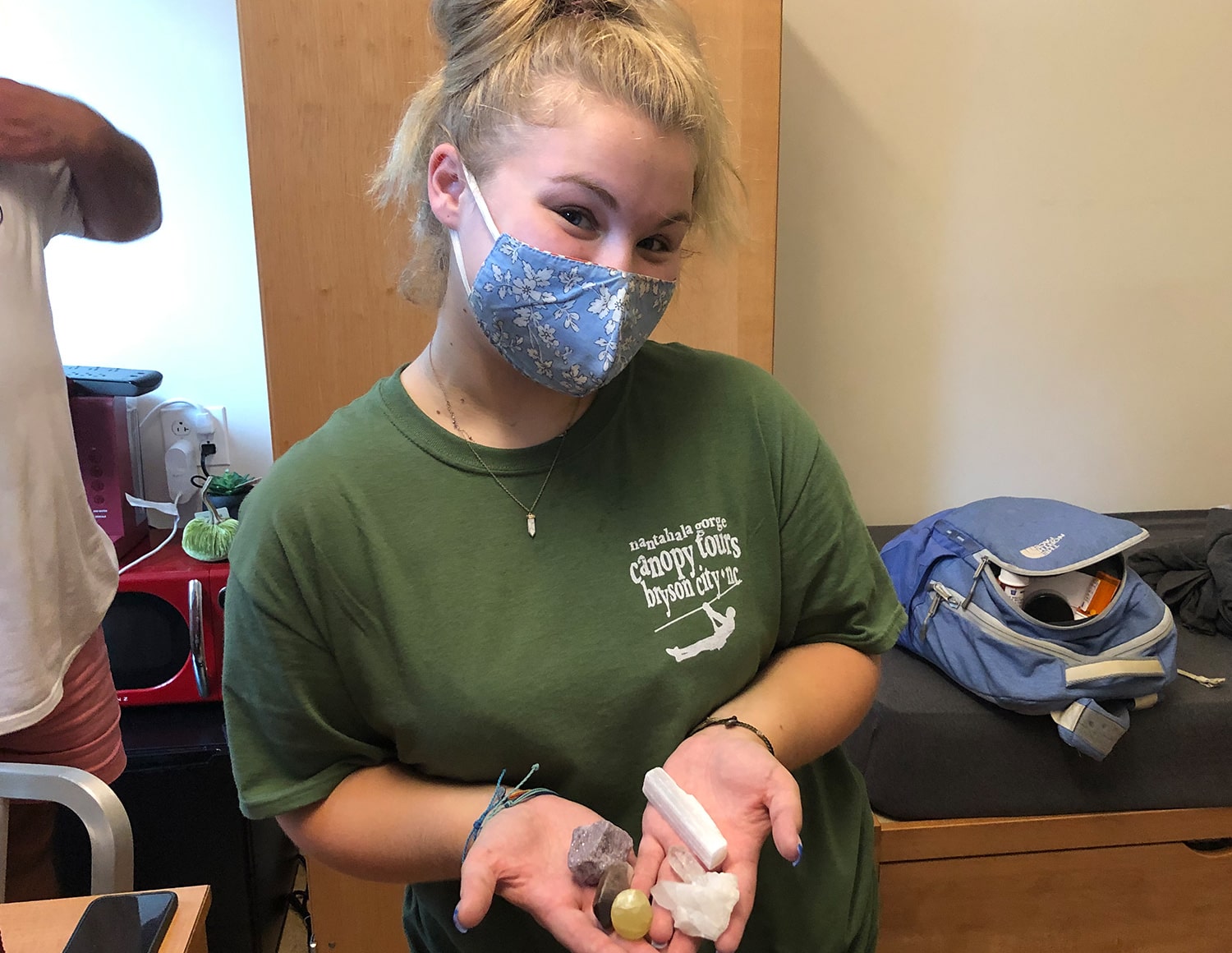 Anybody who’s lugged overstuffed luggage and strained under the weight probably grunted, groused and said, “What have you got in here? Rocks?”

Emily Battistini did have rocks in her luggage.

Battistini said she packed for a week after procrastination (her father, Gene Battistini, who earned bachelor’s and master’s degrees at Norwich and was in the Corps of Cadets, curated the collection, keeping half the stash at home).

She seemed to have brought everything. Shoes crammed one suitcase (duck shoes for the inevitable wet); a comforter and bath towels stuffed another. Socks packed tightly into a drawer. A closet’s top shelf had break-open-in-case-of-munchies cereal boxes — Lucky Charms and Frosted Flakes.

Then, under some shirts, she pulled out the rocks. Not boulders or pebbles, but crystals — amethysts and citrines among them.

“Amethysts are my favorite,” the criminal justice major from Fayetteville, North Carolina, said, “for mindfulness, peacefulness.”

Battistini picked Norwich because of her father, because she loves the mountains and because she’s interested in studying murder scenes and criminal minds (hear that, Drs. Gurian and Morris?).

Given her father’s, and her own, high expectations, the crystals may be welcome mood regulators this semester.

Several football players earned A’s for altruism on move-in day, schlepping boxes, trunks and refrigerators across parking lots, up stairs, down hallways. The volunteers pushed so many carts they could have sung “Hello, dolly,” more often than a Broadway cast.

Nate Parady, a running back from St. Albans, Vermont, said moving in was an excellent workout. Perspiration seeping through his T-shirt at the collar and midsection showed his calorie burn.

“I get more of a sweat lifting these fridges,” he joked. “It’s like doing lunges all the way up the stairs.”

Grant Willard, a quarterback from Jupiter, Florida, marveled at some students’ packing ingenuity. One wily sort had used a refrigerator as an extra suitcase, stuffing it full of clothes.

Like Parady, Willard said the move-in help is a gratifying tradition for him and his teammates.

“It’s good to (give) a good impression, get the football team out there, have a positive impact,” he said. “After COVID, it’s been kind of tough, so it’s good to welcome everybody back.”