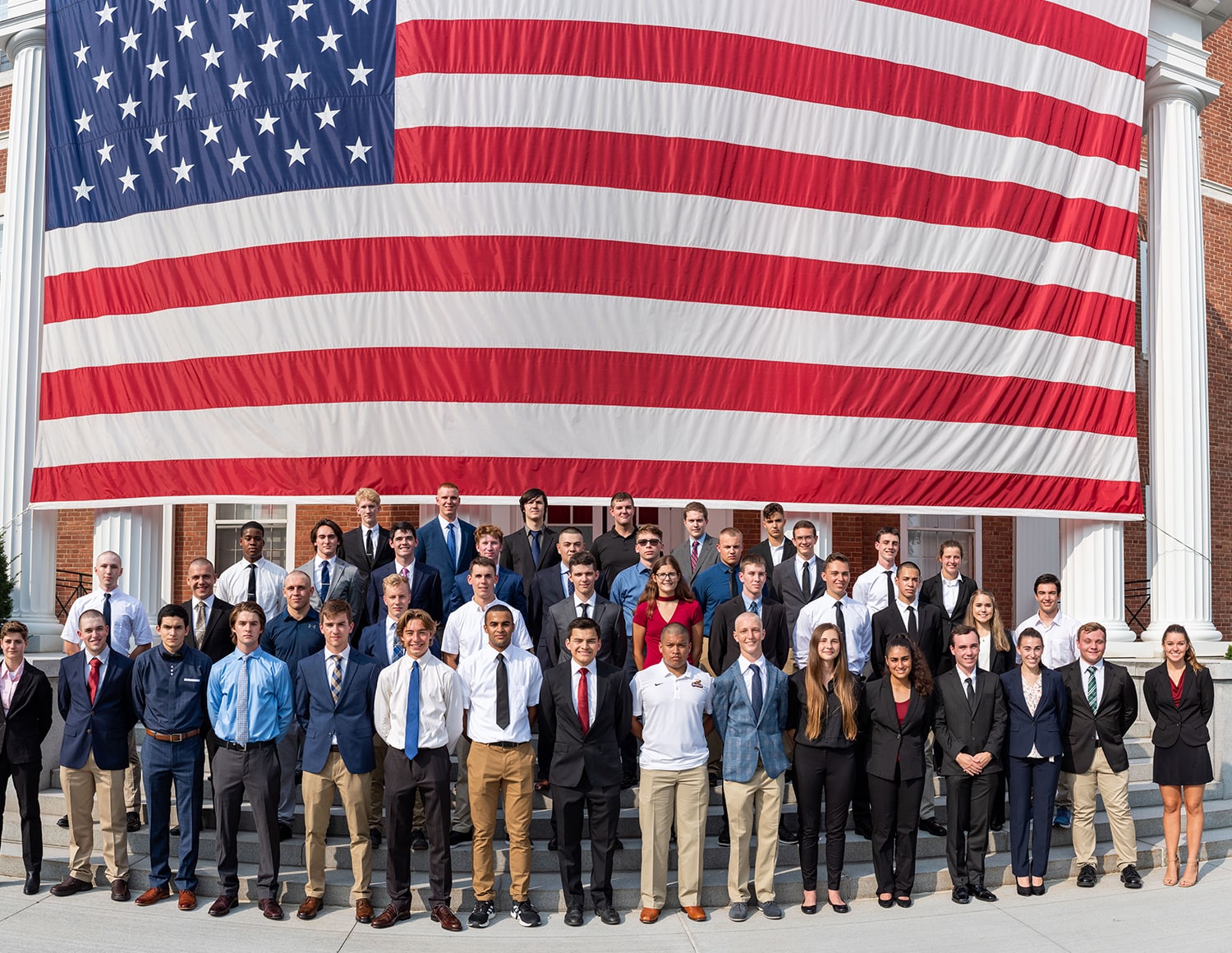 “Can anybody tell me what this is?” Norwich University President Dr. Mark Anarumo said Friday night, holding out a short staff for a Plumley Armory audience of national ROTC scholarship winners to see.

The audience murmured confusedly until a voice shouted, “Swagger stick!”

Get that cadet a prize.

“Your parents invested a lot of time, effort and maybe sweat and tears, into making you who you are today.”U.S. Army Col. Joel Newsom, dean, College of National Service

The stick Anarumo held once belonged to Gen. Ernest Harmon, Norwich’s president from 1950 to 1965 and the person for whom the campus’s Harmon Memorial Wall is named. The wall features names of Norwich University alumni, faculty, staff and friends who contributed significantly to the institution’s improvement.

Anarumo said the stick, which will be displayed at the Sullivan Museum and History Center, symbolized the military leadership excellence he hoped the ROTC scholarship students would continue.

“(Harmon’s grandson) said, ‘I’ve watched what’s happened to Norwich University over the last year, and I can tell you I could not be more proud, and neither could my grandpa,” Anarumo said. “That’s the kind of power that the Norwich University community has and perpetuates over generations.”

The ROTC students could swagger themselves, having landed scholarships that less than 15% of applicants land. U.S. Army Col. Joel Newsom, the new dean of the College of National Service, told the students they’ll join an ROTC system that earned its right to swagger.

The Army ROTC in 2020 landed the Gen. Douglas MacArthur Award for the Cadet Command’s 1st Brigade, which comprises all of the United States’ senior and junior military colleges.

Newsom had the students thank their families for helping them earn scholarships and reach university.

“I’m a parent and a son,” Newsom said. “And being in both of those roles, I know you guys didn’t get to this point on your own. Your parents invested a lot of time, effort and maybe sweat and tears into making you who you are today.”

Anarumo said many esteemed leaders have followed Harmon in continuing Norwich’s military traditions. Over the summer, Anarumo visited the Pentagon in Washington, D.C. to bestow on U.S. Army Gen. and Joint Chiefs Chairman Mark Milley, who spoke at Commencement in May. Anarumo said Milley wore the honorary doctorate hood all day, and asked his colleagues to call him “Dr. Milley” for the day.

Someday, Anarumo said, a student in Friday’s audience could be the Corps of Cadets’ regimental commander on campus, or Milley or Harmon.

“You probably could have gone to any number of places,” Anarumo said, “but I’m grateful and honored that you chose us.”