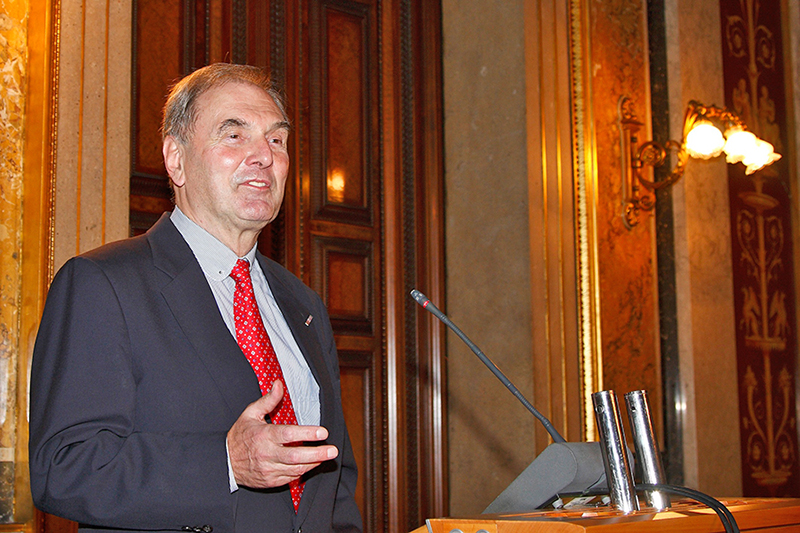 The Peace and War Center at Norwich University presents “Is it still possible to win wars? The revolution in non-military affairs,” a presentation by former Austrian Ambassador Wendelin Ettmayer, on Wednesday, Oct. 5, at noon in the Kreitzberg Library Multipurpose Room.

This event, which is part of a yearlong series to bring leaders from all sectors to campus in recognition of Norwich’s Year of Leadership, is free and open to the public.

Ettmayer is the former Austrian Ambassador to Finland (1994-2000), Canada (2000-2003), and the Council of Europe (2005-2008). He was a member of the Austrian National Parliament for 16 years and the former head of the Department for Bilateral and Multilateral Economic Relations in the Austrian Foreign Ministry. He has a doctorate in law from the University of Vienna and is the author of several books.

Norwich University’s Peace and War Center advances scholarship and deliberation on warfare and its mitigation, processes, and conditions of peace. The Center’s work emphasizes research and discussion on the precipitating factors and preconditions of war and peace. In order to understand the cycles of war and peace, it is critical to examine the role of culture and language, analyze the ideological roots of turmoil, and stability, and the evolving role of technology. The Center is designed to be a multi and interdisciplinary mix of international scholars and practitioners.