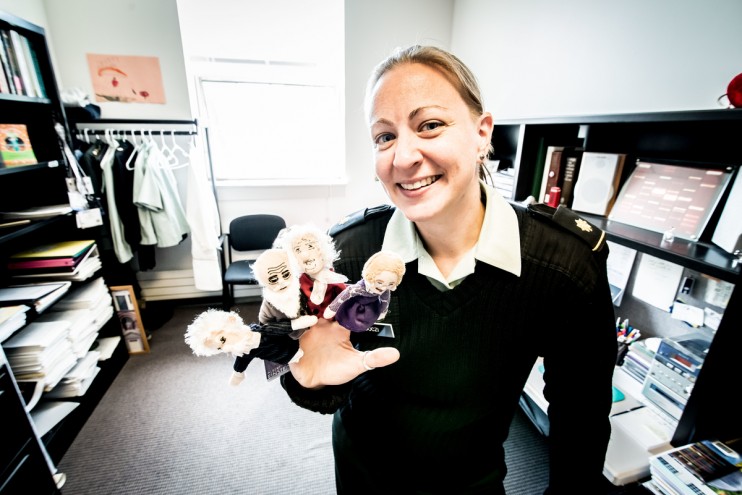 The Peace and War Center at Norwich University presents “Hangin’ and Bangin’: Drug Cartels and Gangs in Mexico and Central America,” a presentation by author and Army War College Professor Paul Kan on Tuesday, Oct. 18, at 12:15 p.m. in the Kreitzberg Library South Instruction Room.

This event, which is part of a yearlong series to bring leaders from all sectors to campus in recognition of Norwich’s Year of Leadership, is free and open to the public.

Kan is professor of National Security Studies at the U.S. Army War College.  He is the author of the books, “Drug Trafficking and International Security,” “Drugs and Contemporary Warfare” and “Cartels at War.”  He is also the author of numerous articles on the intersection of drug trafficking, crime and modern forms of armed conflict including: “Anonymous vs. Los Zetas: Cyberwar in the Underworld”; “Drugging Babylon:  The Illegal Narcotics Trade And Nation-Building in Iraq”; “’Lawyers, Guns and Money’:  Transnational Threats and U.S. National Security” and “Criminal Sovereignty: Understanding North Korea’s Illicit International Activities”. In February 2011, he served as the Senior Visiting Counternarcotics Adviser at NATO Headquarters in Kabul, Afghanistan, and he has provided advice to the U.S. Office of National Drug Control Policy (also known as the Drug Czar’s office). He has also briefed the Pennsylvania Attorney General’s Office on drug cartel activity in the state.

Norwich University’s Peace and War Center advances scholarship and deliberation on warfare and its mitigation, processes, and conditions of peace. The Center’s work emphasizes research and discussion on the precipitating factors and preconditions of war and peace. In order to understand the cycles of war and peace, it is critical to examine the role of culture and language, analyze the ideological roots of turmoil, and stability, and the evolving role of technology. The Center is designed to be a multi and interdisciplinary mix of international scholars and practitioners.

Norwich University is a diversified academic institution that educates traditional-age students and adults in a Corps of Cadets and as civilians. Norwich offers a broad selection of traditional and distance-learning programs culminating in Baccalaureate and Graduate Degrees. Norwich University was founded in 1819 by Captain Alden Partridge of the U.S. Army and is the oldest private military college in the United States of America. Norwich is one of our nation’s six senior military colleges and the birthplace of the Reserve Officers’ Training Corps (ROTC).www.norwich.edu

In fulfillment of Norwich’s mission to train and educate today’s students to be tomorrow’s global leaders and captains of industry, the Forging the Future campaign is committed to creating the best possible learning environment through state-of-the-art academics and world-class facilities. Norwich University will celebrate its bicentennial in 2019. Learn more about the campaign and how to participate in the “Year of Transformation” here: bicentennial.norwich.edu.

Media Contact:
Daphne Larkin
Assistant Director of Communications
Office Tel: (802) 485-2886
Mobile: (802) 595-3613
This email address is being protected from spambots. You need JavaScript enabled to view it.