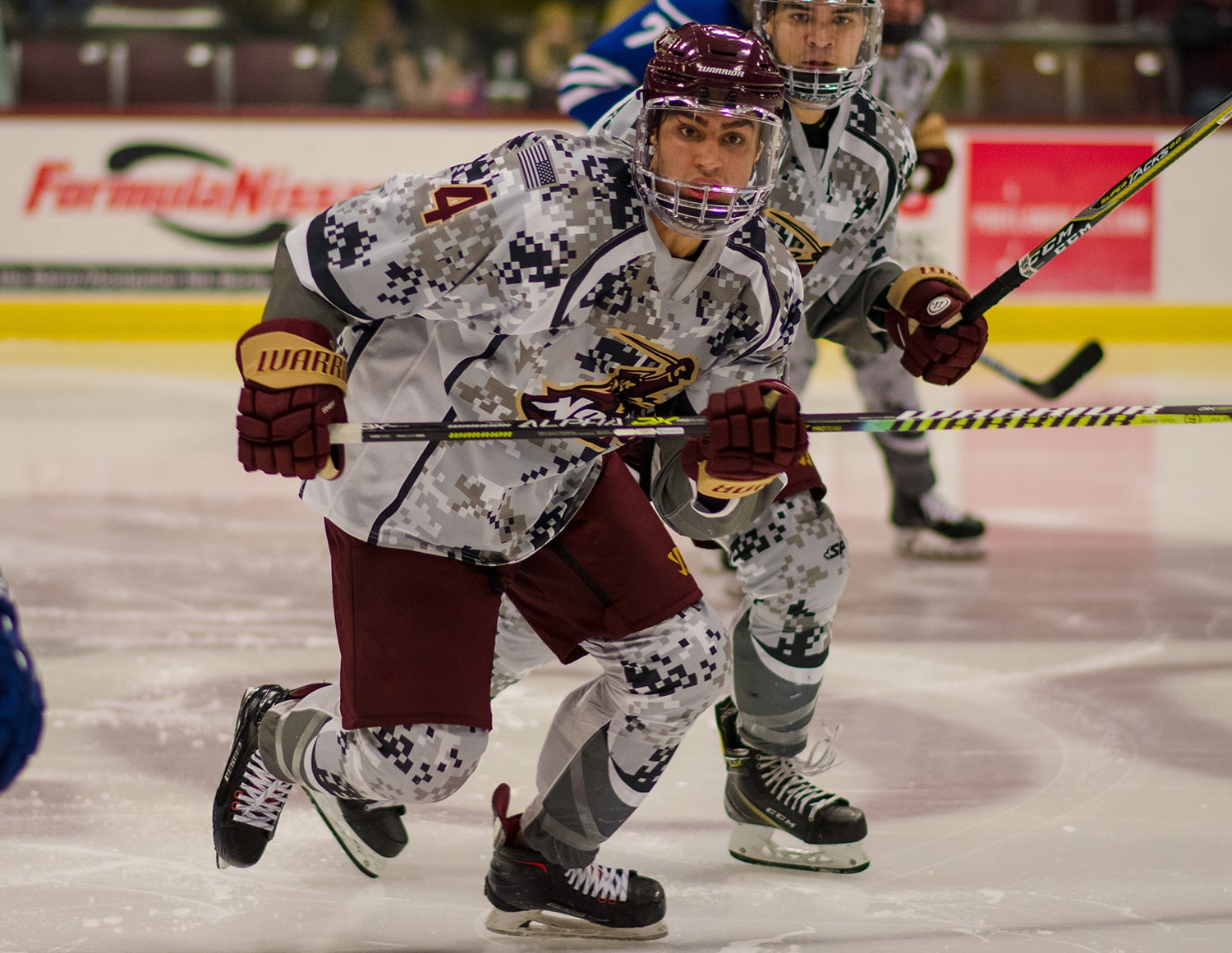 The honor capped a flurry of awards for Chicoine. He was Norwich’s male scholar of 2021, posting the highest grade-point average of all senior student-athletes and was one of 16 Cadets men’s hockey players on 2020-21’s Krampade All-American Scholar team.

Chicoine, a mechanical engineering major from St. Dominique, Quebec, had a 3.96 GPA in 2020-21 at Norwich and received his bachelor’s degree in three years. He’ll pursue a master’s degree and play Division I hockey next year at Bowling Green University in Ohio.

In pandemic-shortened 2020-21, Chicoine had two assists in eight games to help the Cadets finish 7-1.

Meanwhile, Chicoine joined 15 Norwich teammates as Krampade All-American Scholars, selected by the American Hockey Coaches Association. In all, 721 Division II and Division III men’s hockey student-athletes earned the honor, which required a 3.6 GPA in the fall and spring semesters.