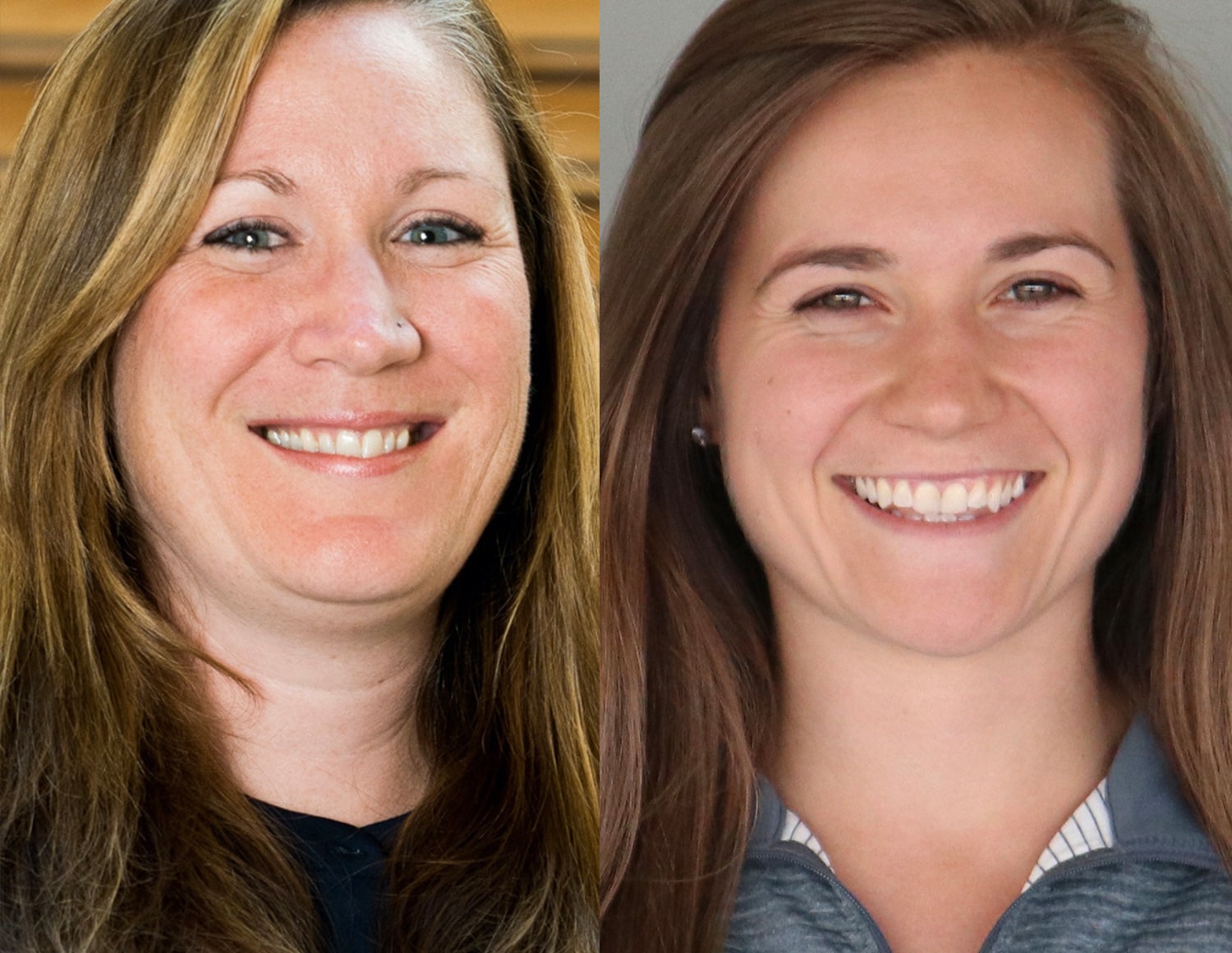 Both hires have Vermont connections and will start in early August

At Pacific University, Moore complemented her athletic training work by serving as an assistant professor and assistant coordinator of clinical education and preceptor. She also worked in athletic training for Major League Soccer’s Portland Timbers and Special Olympics Oregon.

“I am thrilled to be joining the talented athletic training staff at Norwich University and returning to the Green Mountain State," said Moore, who’s been a National Athletic Trainers Association member since 2002. "I look forward to collaborating with the staff, sharing ideas and expertise, and working as a team to support the Norwich student-athletes and coaching staff in their pursuit of excellence on and off the playing surface.”

Willard served the last two years as a volunteer assistant coach at the University of Vermont. She helped guide the Catamounts to a 16-23-8 overall record and back-to-back Hockey East quarterfinal appearances.

Willard played for and worked under former Amherst College head coach Jim Plumer at the University of Vermont. Plumer won back-to-back NCAA Division III national championships at Amherst in 2009 and 2010. She was a two-year captain, playing 145 games for Vermont, which is tied for the second-most in program history.

Willard won the 2018 Sarah Devens Award, presented annually to a player who “demonstrates leadership and commitment both on and off the ice.” The Devens Award is given as a joint honor between ECAC Hockey and Hockey East and aids a deserving student-athlete with a postgraduate scholarship of $10,000. Willard was the first Vermont player and the first Hockey East player since 2006 to earn the honor.

Willard played professionally for the Montreal Canadiennes in the Canadian Women's Hockey League in 2018-19. She had seven points (two goals, five assists) in 26 games for the Canadiennes, who won the Clarkson Cup.

"I am extremely honored to be given the opportunity to join such an established and successful program at Norwich University as an assistant coach," Willard said. "I am thrilled at the opportunity to work for Sophie Leclerc. She is an amazing person and coach, and I'm excited to get to know and build relationships with our driven student-athletes.”

Norwich’s women's ice hockey team is coming off a 7-1 COVID-19 shortened season in 2021. The Cadets have won four straight New England Hockey Conference Championships and are expected to hold their first official 2021-22 practice in October.