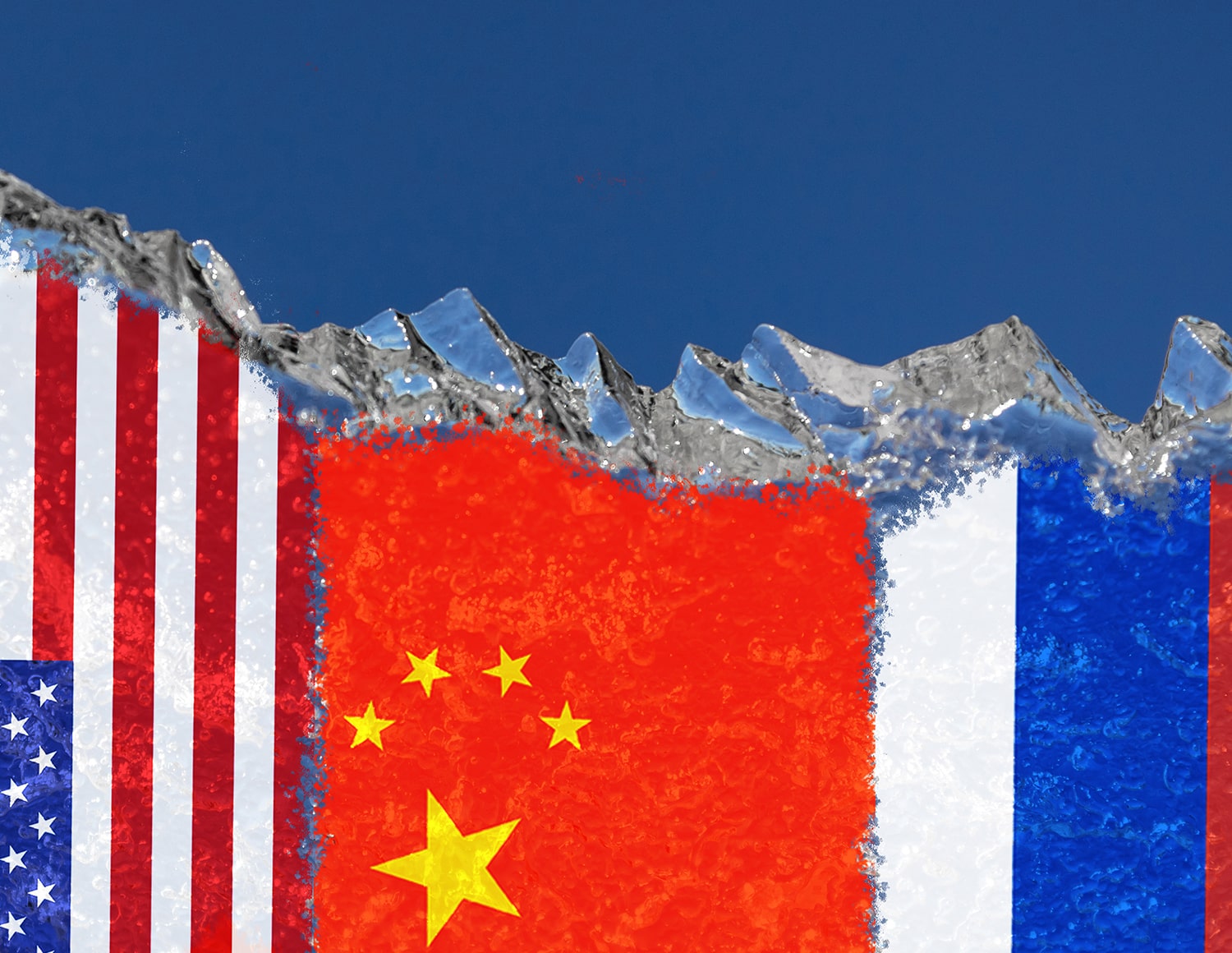 Global warming in the Arctic, which the National Oceanic and Atmospheric Administration said has changed Arctic climate characteristics from mostly ice and snow to water and rain, has also opened new sea routes, sparking a mad international scramble for resources and raising security concerns for military officials.

“I think it’s very important to keep an eye on that,” he told the Financial Times. “What do you do if you’re a leader in China with a modernized powerful large force? You deploy it, you move it around.”

“This was a ‘first-time’ experiment that … changed shape as time went along. Sometimes, this was frustrating for the students, but they always rallied.” Dr. Karen Hinkle, associate provost of research, Norwich University

Eight of the nine students were environmental security student fellows of the Center for Global Resilience and Security, supported with funding from the Association of Environmental Health and Sciences Foundation.

As China, which has called itself a “near-Arctic nation” (to U.S. defense officials’ chagrin) has improved its military infrastructure in the Arctic, Russia has followed suit. The Associated Press reported that Russia’s northernmost military base is equipped with stockpiled missiles and radar and has an extended runway to handle all types of aircraft.

“I cannot see long-term harmony between China and Russia in the Arctic,” Peach told the Financial Times.

Dr. Travis Morris, director for Norwich’s Peace and War Center, said the Arctic Triad let students examine the potential climate and military crises and collaborate on possible remedies. He added that increasing military activities by Arctic nations and the emergence of new threats in, to, through and from the region, has made the Arctic a high priority for Canada and the United States as binational continental partners.

“We ran the Arctic Triad because we wanted students to understand the nexus between security and the environment,” Morris wrote in an email. “This experiment put the matter front and center for all participating students. They also realized that they need to work with other nations to cooperate and compromise to avoid conflict.”

Cooperation between Norwich University, the University of Alaska Fairbanks Center for Arctic Security and Resilience, and the Royal Military Colleges of Kingston, Ontario, and Saint-Jean, Quebec, and sponsorship by Fulbright Canada also enabled the triad, which ran virtually because of the coronavirus pandemic.

“My favorite speaker was the Norwegian ambassador,” rising senior Maggie McNeil  wrote in a reflection on the experience. “I enjoyed hearing what he had to say regarding the importance of Russia and Norway’s complex relationship. Since they are neighbors, they need to work together to keep a peaceful relationship.”

The triad also included a simulation in which student teams used a semester’s worth of Arctic research to role play national responses to Arctic scenarios; and an engagement paper detailing the whole experience. Students will present their findings in October to military academies from more than 40 countries at the Norwich University-hosted International Symposium of Military Academies, aka ISOMA.

The triad continued a theme at Norwich, started with “The Arctic Circle’s Cold War,” a special microcertificate course presented this past October by Norwich Pro℠, an arm of the College of Graduate and Continuing Studies. The course was an offshoot of last fall’s Military Writers’ Symposium, presented by Norwich’s John and Mary Frances Patton Peace and War Center.

As it explored Arctic defense and security and built academic, research and command partnerships, the forum analyzed strategies and operations — the ends, ways, and means that inform intelligence, surveillance, and reconnaissance for air, land, sea and space, Morris wrote.

Dr. Karen Hinkle, Norwich University's associate provost for research, said the triad was interdisciplinary both for students and faculty. For example, Dr. Michael Thunberg, an assistant professor in Norwich’s History and Political Science Department and the Honors Program director, led a team of political science and international studies majors.

Morris, an associate professor of criminal justice and Hinkle, a Charles A. Dana Professor of biology, joined Dr. Tara Kulkarni, an associate professor of civil and environmental engineering and Nicole Greenwood, an administrative coordinator, to lead a team including biochemistry, nursing, mechanical engineering and criminal justice majors. (Kulkarni is also director of Norwich’s Center for Global Resilience and Security.)

“I was excited to see the benefit of having this interdisciplinary lens on a multifaceted set of challenges; e.g., students with scientific backgrounds took the lead in describing how melting permafrost might impact the region politically,” Hinkle wrote in an email. “I was also impressed and surprised how adaptable the students were … this was a ‘first-time’ experiment that was planned virtually by scholars all across North America, and the experience pivoted and changed shape as time went along. Sometimes, this was frustrating for the students, but they always rallied and were resilient and committed to rolling with those changes and moving on.”

“Students explored new domains, learned from frontline researchers and practitioners, and grew into their roles as team members and leaders,” she wrote in an email. “I’m collaborating even more with my fellow coaches as we develop a scholarly article on the pedagogy underlying the triad and present our story in an upcoming Association of Environmental Health and Sciences Foundation conference in the fall.”

In their reflections, Norwich’s students said the project opened their eyes and got them thinking.

“Before I started this semester, I had zero knowledge of Arctic security, and I learned much about this area in such a short amount of time,” Cameron Reed, a nursing major who graduated in May, wrote in his essay on the experience. “I did not realize how much of a problem and tension this was creating for many countries worldwide.”