‘Built’ to last: Podcast host and author Guy Raz discusses the power of mission and moxie 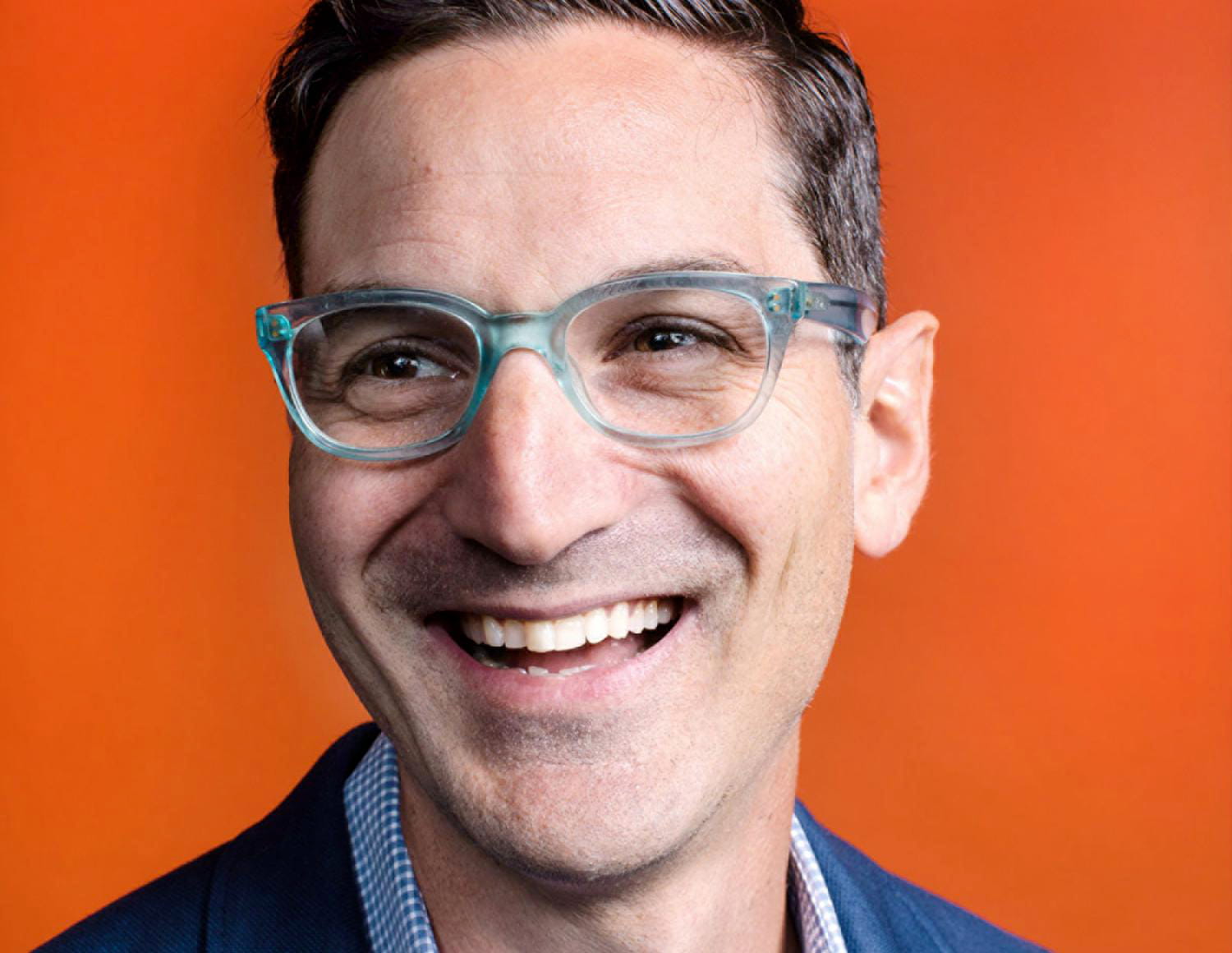 When Guy Raz was working as an NPR journalist, spending time as an overseas war correspondent in Afghanistan and other nations, entrepreneurism was hardly a career notion. When Raz came back to the United States, he hoped to realize his dream of becoming an anchor for NPR’s signature drive-time weekday news programs, “All Things Considered” or “Morning Edition.”

And though he hosted weekend versions of the shows, he never got his wish.

In his June 23 keynote address for the College of Graduate and Continuing Studies’ Residency Conference, a Todd Lecture Series event, Raz said although this failure packed an emotional blow, it made him rethink his career. By creating a media company and podcasts, including “The TED Radio Hour,” “How I Built This” and the children-focused “Wow in the World,” Raz would attract millions of listeners, share the wisdom of some of the globe’s most influential businesspeople and forge a new, successful career.

“I really believe that the way we learn and the way we are transformed is through the stories of others, because every single person that came before made all the mistakes that can possibly be made.”Guy Raz, podcast host and author of “How I Built This”

In his 90-minute discussion with College of Graduate and Continuing Studies Dean William Clements, Raz discussed ingredients for entrepreneurial and business success, including a Norwich University-familiar sense of mission and persistence.

Raz, who also authored a book “How I Built This: The Unexpected Paths to Success from the World’s Most Inspiring Entrepreneurs,” called himself an accidental entrepreneur and introvert. He said holding a notebook, and later a microphone, helped him shake off shyness and ask people to tell their stories, a skill that helped him as a journalist and later as a podcaster. In time, he said he realized the mic hadn’t supplied his newfound courage; a sense of mission — to gather information and tell a story in service of others — had.

During a sabbatical year from reporting, Raz took a Harvard Business School class and read case studies about successful entrepreneurs. The stories struck him as heroes’ tales, packed with drama, doubt and crisis. He knew then that he wanted to bring the stories out of the school’s expensive, cloistered niche and into the open for public, and free, consumption.

“I really believe that the way we learn and the way we are transformed is through the stories of others,” Raz said, “because every single person that came before made all the mistakes that can possibly be made.”

Raz said he imagined what became “How I Built This” as a compendium of these mistakes that he could share to energize audiences. Even if listeners weren’t inspired to start businesses, they might use what they’d heard to think creatively and conquer hurdles.

Raz gave several examples of people who built businesses from seeing a problem and solving it, no matter how much time, fiscal peril or rejection it took. He described Stonyfield Yogurt co-founder Gary Hirshberg’s nine-year, frequently bankruptcy-skirting effort to reach profitability and deliver the premium organic yogurt he was sure the market needed.

He described Tristan Walker, who knew mass-marketed multiblade razors could leave skin bumps and possibly scars on the faces of Black people who were trying to shave off curly beards. Walker heard no after no after when trying to raise money to create the single-blade Bevel straight razor, Raz said, perhaps because, as WBUR radio reported, venture capitalists assumed Black men’s shaving products were a small market of $100 million to $200 million.

But, Raz said, Walker intuited that people of color needed the Bevel and believed he was the best, and perhaps only, person who could bring it to market. So, he endured, developing the Bevel and building his company, Walker & Co., which he would sell to consumer products giant Procter and Gamble.

“I see myself as a Black kid from Queens (New York) who couldn’t shave, made his way to Silicon Valley, and networked enough to know that I could raise the money to start the business that I started at that specific time,” Walker told Inc. magazine in February. “There’s something about my lived experience that couldn’t be replicated.”

Clements likened entrepreneurs to skydivers for whom experience serves as a parachute as they build their dreams on the way down. Raz agreed with Clements that experience and mission can stoke success.

“If you really understand what you are doing and (have) a purpose and a meaning, then you can persist,” Raz said. “It’s not easy for a moment; it’s really hard.”

The Wharton School at the University of Pennsylvania, for example, reported in 2019 that the average age of a U.S. entrepreneur is 45 (Raz’s current age). Raz said most of his “How I Built This” podcast guests are in their early 50s.

Raz cited Dan Katz as an entrepreneur guided by experience. Katz had 3,000 subscribers when he took Audible public in 1999, pre-iPod and prepodcast revolution and watched the stock price plunge from $21 per share on its first day of trading to a low of 15 cents in February 2003. The plunge pushed Audible’s shares off the Nasdaq and onto the Pink Sheets, the penny stock listings.

Although he might have given up on Audible if he’d been younger, Katz endured, Raz said, and, at age 66, sold Audible to Amazon for $300 million.

Raz encouraged attendees to think like entrepreneurs, even if they’re working for an existing business. He cited an Apple engineer who as an off-book project figured out how to connect iPods to the internet and was put on the team that developed the now ubiquitous iPhone.

Raz also encouraged attendees to log ideas and connect with people. Writing ideas down will help people imagine connections and plot paths, he said. And asking people they know, whether through school, or church or community organizations, may not lead to jobs instantly, but may spark connections that open job possibilities later.

Raz acknowledged that careers involve rejection, which always smarts. But, he said, failure in one area often sparks possibility in another.

“To me, there’s always a reason why failure happens, always,” Raz said. “The hardest thing is when you’re going through it; it’s much easier to reflect on it later. But, I promise you, every time I’ve had a failure in my life, it’s for a reason and it’s always been a good reason.”