A fond farewell, presidential pomp and a prize 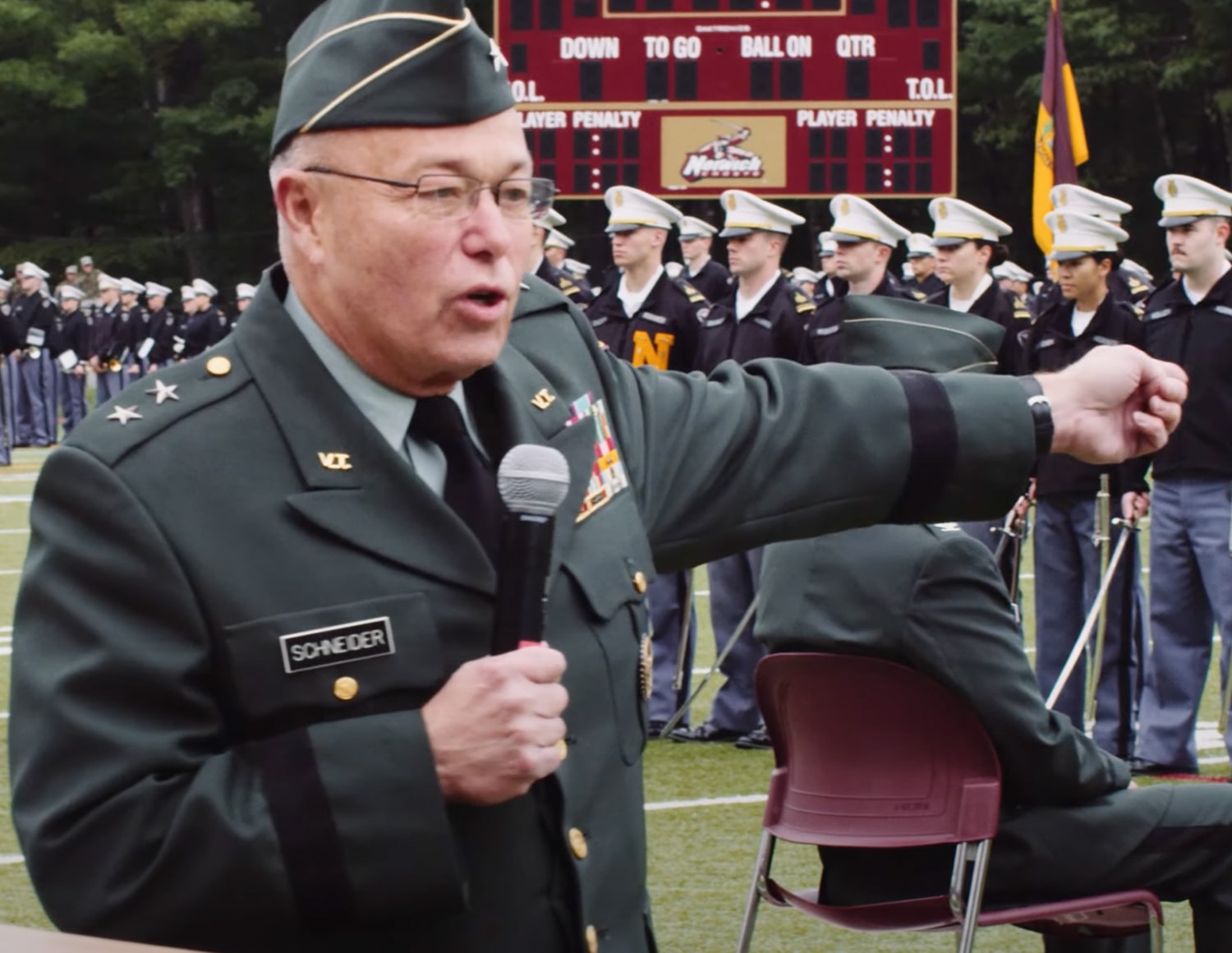 For the second consecutive year, Norwich University has captured an award from the Council for Advancement and Support of Education, or CASE, a global nonprofit group comprising 90,000 alumni relations, communications, fundraising, engagement and marketing professionals.

In 2020, the nonprofit council, which has U.S. headquarters in Washington, D.C., and international offices in London, Singapore and Mexico City, recognized Norwich’s five-year Forging the Future fundraising campaign with an Overall Performance Award. Norwich scored in the Private Comprehensive Institutions with Endowments Over $80 Million category.

“This year, CASE member schools, colleges and universities … were faced with challenges that have never been seen before, and advancement professionals demonstrated their skills and sensitivity as they created inspiring and important work to engage their communities in entirely new ways.” Sue Cunningham, president and CEO, Council for Advancement and Support of Education

This month, Norwich received a silver Circle of Excellence Award for Richard W. Schneider: The Farewell Tour, a campaign organized by the university’s Alumni and Family Relations and Communications offices along with Moving Pictures Division, a Waterbury, Vermont, video production studio that also produced videos for Norwich’s 2019 bicentennial celebration.

The Schneider Farewell campaign honored Richard W. Schneider, who retired in May 2020 after 28 years as Norwich University’s 23rd president.

Norwich’s 2020 CASE award, the university’s first ever, resulted from a blind data review from the council’s Voluntary Support of Education Survey. The council’s members — more than 3,600 colleges and universities, primary and secondary independent and international schools and nonprofit organizations in 82 countries — answer the survey.

In a statement, the council said the peer-selected, adjudicated Circle of Excellence awards honor institutions worldwide that were advanced by their staffs’ resourcefulness and ingenuity. Circle of Excellence Awards winners, which come in grand gold, gold, silver and bronze varieties, are selected based on overall quality, innovation, use of resources, and impact on the institution or its communities, including alumni, parents, students, faculty and staff, the council said.

In all, the council added, it received almost 3,000 entries from 530 institutions and 27 countries for award consideration across 100 categories.

“Advancing education has never been more important, and the Circle of Excellence Awards celebrate the innovative work that has contributed to that vital societal outcome,” CASE President and Chief Executive Officer Sue Cunningham said. “This year, CASE member schools, colleges and universities … were faced with challenges that have never been seen before, and advancement professionals demonstrated their skills and sensitivity as they created inspiring and important work to engage their communities in entirely new ways.”

Schneider’s farewell was organized as a four-city, seven-event tour to run March to May 2020. The tour would have let students, alumni, parents, faculty, staff, and community members thank Schneider and hail his legacy.

However, the coronavirus pandemic, and health official-issued prohibitions of large gatherings, forced events to go virtual. The adjusted campaign’s centerpiece was “Underway,” a video reflecting on Schneider’s Norwich presidency, career, life and values.

“When the pandemic hit, we had to do a complete 180,” Scolaro said. “We got the first live event in, on March 3, in Naples, Florida. But we came back and everything changed from there. It was an ambitious in-person schedule and we were able to pivot. I was very proud about how we were able to do that.”

The council’s award webpage for the Schneider Farewell campaign summarized Schneider’s myriad accomplishments, including his overseeing a 62% enrollment increase; expansion of the Corps of Cadets and academic majors; a fivefold endowment increase; fundraising that enabled renovation of existing campus buildings and the building of new ones; and the establishment of the College of Graduate and Continuing Studies.

The council’s judges wrote: “Great program. We liked the plan of a tour to get alumni involved geographically, and then to have speakers from different alumni stages. (Board, student, young alum, etc.) Combining it with a scholarship drive made the expenses easy to justify. Good job pivoting to share things digitally.”

Schneider, whose name is etched on the top rung of a flight of the Bicentennial Stairs, has been thrice honored by the university since his May 2020 retirement.

In February 2020, as part of the Schneider Legacy Project, the university introduced the Richard and Jaime Schneider Scholarship, which goes to one Corps and one civilian student annually.

In September 2020, the university renamed North Hall (which had begun as Webb Hall) as Schneider Hall; the building houses the Writing and Language Resource centers, a computer lab, traditional lecture halls and technology-enabled learning spaces.

And this month, Norwich’s Class of 1968 introduced the Rear Adm. Richard Schneider Coast Guard Scholarship, which will benefit Norwich undergraduates striving for U.S. Coast Guard careers, in his honor.

In “Underway,” Schneider said, “All the things I enjoy doing are manifested in this job. I’m driven for our student success. It was all about them, getting them ready or helping them improve their lives.”