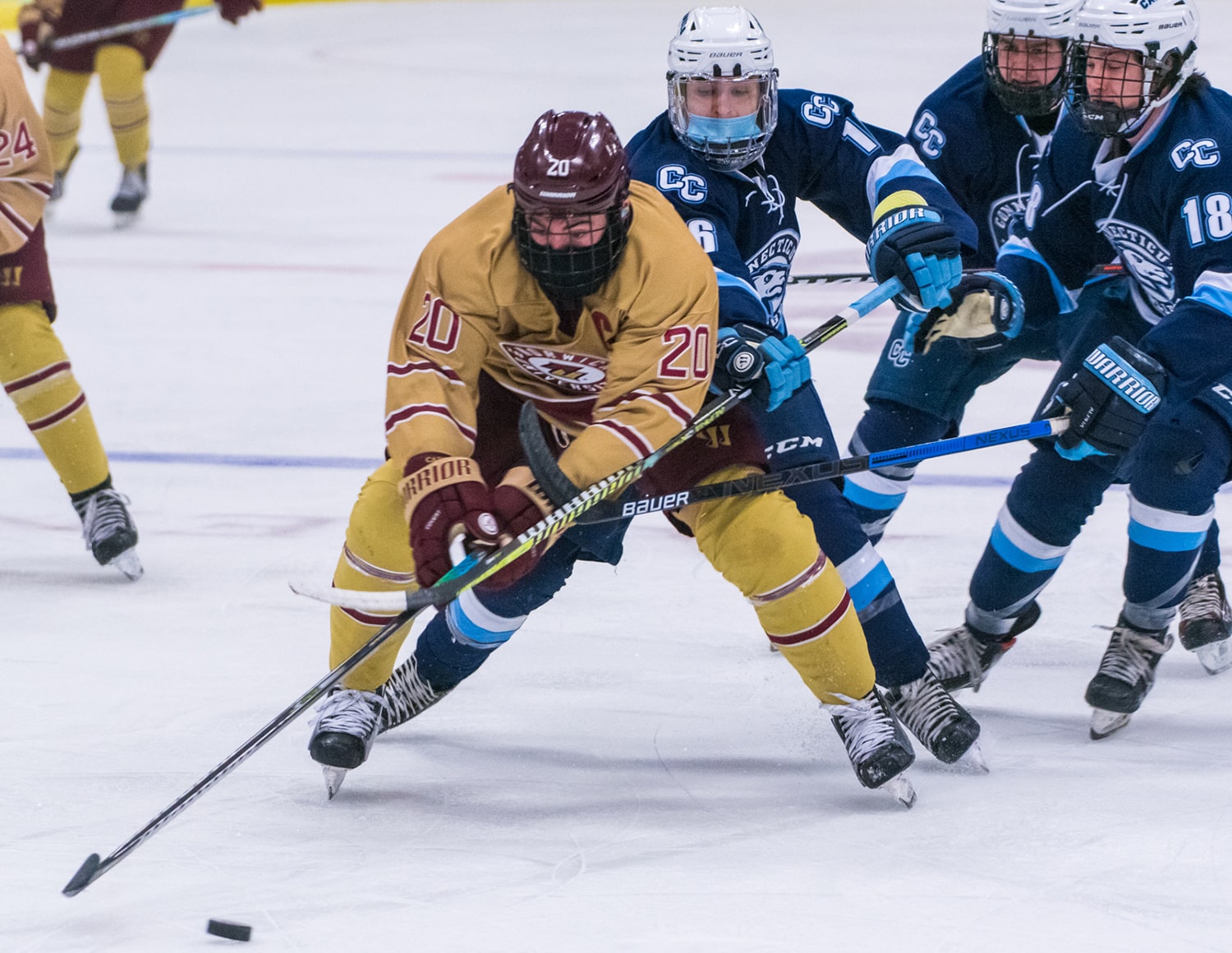 Michael Korol, a Norwich University men’s ice hockey senior whose support of young hockey players has stretched from his home province of Saskatchewan to his college community in Vermont, received the 2021 College Hockey Inc. Scholarship, presented by JLG Architects.

Korol will receive the $2,500 postgraduate scholarship, which was created to celebrate an NCAA hockey student-athlete who helps build the game by supporting next-generation players. The 2021 scholarship is given in honor of JLG founder Lonnie Laffen, a passionate college hockey supporter who died in December.

“Michael is an impressive young man, someone Lonnie Laffen would have been proud to recognize,” College Hockey Inc. Executive Director Mike Snee said. “Honoring Michael’s constant commitment to the sport of hockey and the next generation of players is why Lonnie wanted to create this scholarship.”

“I’ve been so fortunate through the game of hockey, I’ve always had people who have helped every step of the way. Those people have shaped my life and shaped me as a person.”Michael Korol ’21, College Hockey Inc. Scholarship recipient

JLG Architects CEO Michelle Allen said, “We are thrilled to present the 2021 College Hockey Inc. scholarship to Michael Korol. Not only is he a fantastic team player on the ice, but he’s also someone who helps elevate the game off the ice.”

Korol left Humboldt for Norwich a year before the organization’s tragic April 2018 bus crash, which killed 16 people. He said the crash provides “a daily reminder of how grateful I am for an opportunity several of my fallen teammates did not get.”

Korol, who majored in health science at Norwich, spent the fall semester studying remotely in Saskatoon and volunteering as an assistant coach with the Saskatoon Sabercats Midget AA team with his father, Robert, in failing health and fighting cancer. Robert Korol died in December.

“I’ve been so fortunate through the game of hockey, I’ve always had people who have helped every step of the way,” said Korol, who was the Norwich team’s community service liaison and was a co-captain as a senior. “Those people have shaped my life and shaped me as a person. Out of respect for the game of hockey, I feel almost a sense of obligation to give back and do the same for the next group of players.”

“I have always gained valuable experiences from giving back to the game,” he added. “This year, in particular, took me back to the reasons why I started playing hockey. When I got out on the ice, my only concern was giving those kids a positive experience like I had as a young player.”

Korol plans to use the College Hockey Inc. Scholarship to pursue a medical degree, with hopes of becoming a pediatrician. He is preparing for the MCAT and expects to apply to the University of Saskatchewan College of Medicine in the fall.

“It is a huge honor to receive this scholarship and I am extremely grateful,” Korol said. “I have so much respect for groups like JLG Architects and College Hockey Inc. that offer these opportunities. I hope I can give back in similar ways someday.”

Norwich University head coach Cam Ellsworth said, “I am extremely excited for Michael. He is an exceptional person who has persevered through quite a bit in the last four years. Regardless (of) what Michael was facing personally, he had a relentless positive attitude and consistently put others first in service, whether it be his teammates, our Norwich campus community or his local communities both in Vermont and Saskatchewan.”

The College Hockey Inc. Scholarship, presented by JLG Architects, was first awarded in 2020. The inaugural award went to Boston University’s Breanna Scarpaci. Korol is the first men’s player and the first Division III player to receive the award.