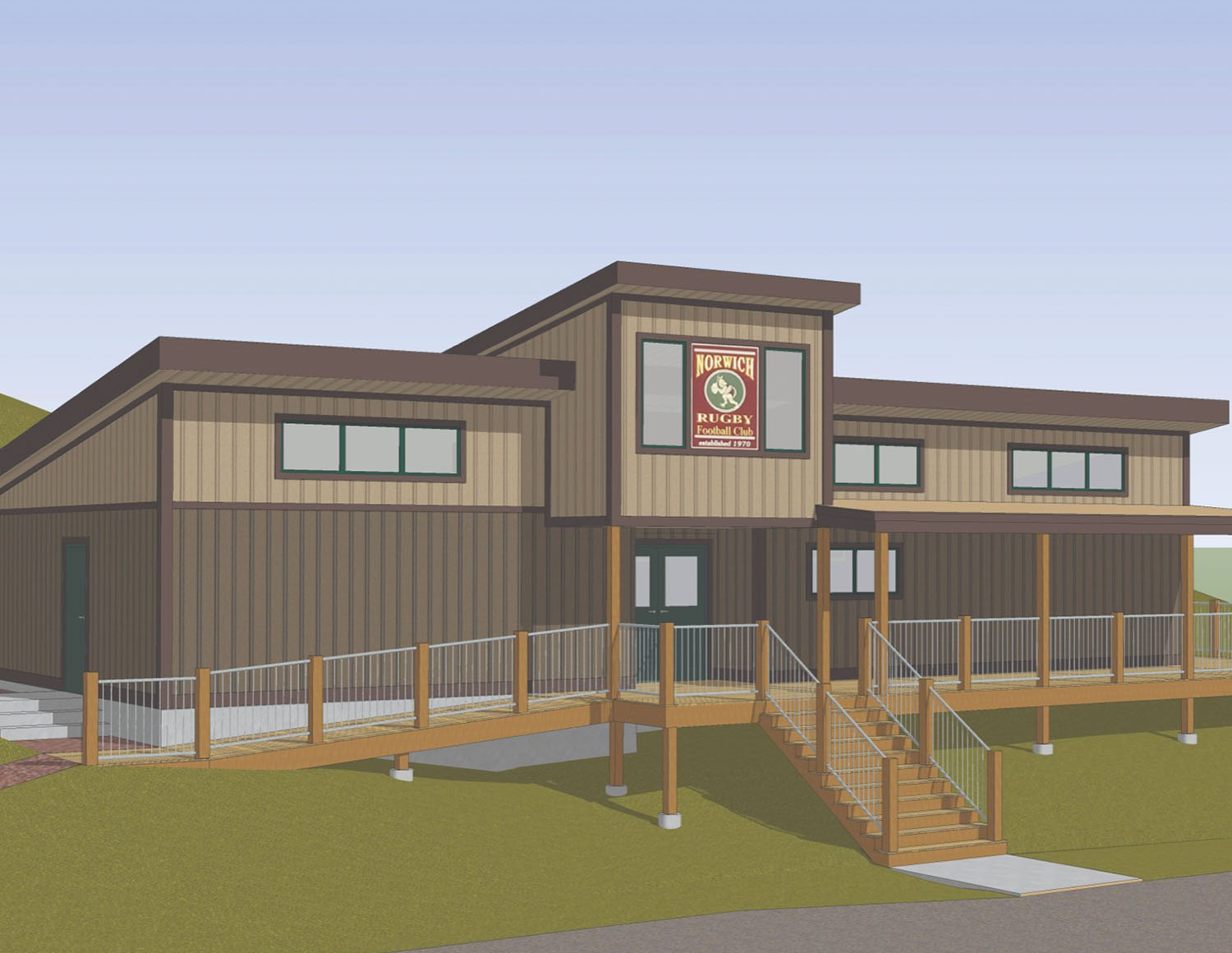 Norwich University’s rugby programs will have a new home this fall. A new nearly $1 million clubhouse is set to be complete in August, in time for the teams’ fall 2021 seasons.

Construction is underway for the $965,000 clubhouse, which will accommodate both the women’s and men’s teams. The clubhouse will have an expanded deck, more windows and an improved layout. The interior will include spacious locker rooms, restrooms, conference rooms and more.

The old rugby building was demolished in early May.

The men’s and women’s rugby programs have had remarkable success since they were elevated from club to varsity in fall 2008.

The new clubhouse also serves as the centerpiece for the Norwich University Scrum Alums fundraising. Randy Gaetz ’75 and Alan DeForest ’75 contributed lead gifts. The Scrum Alums have raised more than $665,000 since the fundraising campaign started this past October.

“I owe everything to this program,” Gaetz said. “My family, career, and closest friends all come back to what I learned on the Dog River Pitch and the relationships we forged competing together. The next generation of Norwich ruggers will be able to enjoy this new facility for decades to come. It will provide the foundation for our brothers and sisters to stay connected and cherish memories during their Norwich experience.”

“There is much excitement in the air around the new Norwich Rugby Clubhouse from the alums, players, the university, community and the recruits,” NU men’s rugby head coach Bob Weggler said. “We are so grateful to both the Scrum Alums and the Norwich University administration for their financial support of our new rugby facility. I cannot wait to see everyone in September to see the yellow ribbon cut during our anniversary celebration.”

The men’s program has made seven straight USA Rugby 15s and 7s national championship appearances before the last year and half were wiped out because of COVID-19. The men qualified for three USA Rugby 15s National Tournament final fours in 2016, 2017 and 2019. They also earned three straight trips to the USA Rugby 7s National Championships from 2017 to 2019.

“I'm blown away by the overwhelming support we’ve had from alumni and friends wanting to give back to today's Norwich rugby player,” Norwich women’s rugby head coach Austin Hall said. “This is truly a family project and will continue to inspire Norwich ruggers for years to come.”

The men’s program is set to debut in the New England Wide Rugby Conference (NEWRC) this fall. The women will play their second season in the National Intercollegiate Rugby Association (NIRA) Division III league.