What I do: Dennis Davidson ’82, NASA Commercial Crew Program 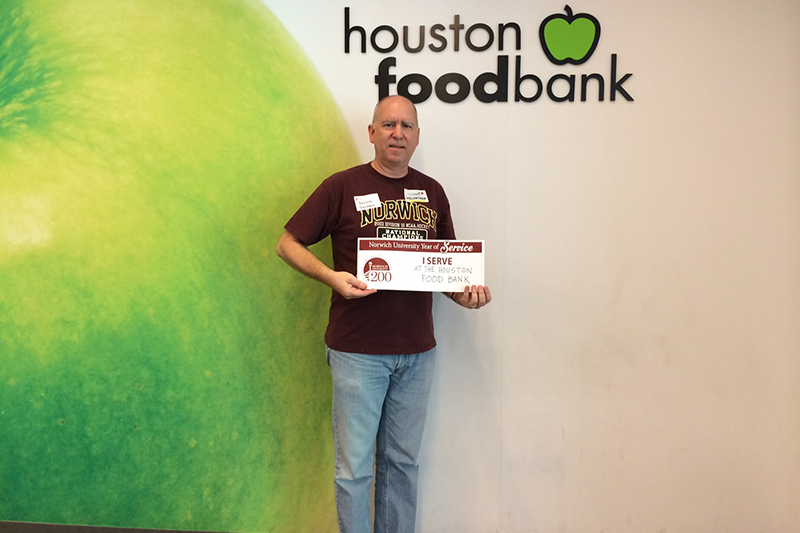 Mention NASA and most people think of astronauts and engineers. But any space program “starts with the budget,” says Norwich alum Dennis Davidson. “Without money, nothing’s gonna happen.” During the Shuttle era, Davidson was the no. 2 in charge of business operations for the $4 billion-a-year program. Today he manages 35 staffers and an annual budget of $1.2 billion for NASA’s crewed space flight program. The program’s main thrust is vehicle development contracts with commercial aerospace companies Space X and Boeing to send astronauts to the International Space Station and on other low-Earth orbit missions. He started his de facto NASA career shortly after his NU graduation, working for five years at Johnson Space Center while wearing an Air Force uniform. Thirty years on, he helps navigate Congress’s stopgap continuing budget resolutions to keep agency missions aiming for the heavens.

What’s your job at NASA?
In government lingo, program control is all the business functions. It's procurement and contracting. It's the finances. It's IT. It's security. Public relations. Legislative affairs. Interfacing with the center legal offices. We have a lot of oversight committees, seven or eight, including an aerospace safety advisory panel. It’s also about keeping the money flowing from fiscal year to fiscal year, so that the astronauts and engineers can go do their jobs and the contracts can perform.

What’s it like to work at NASA? Any highlights?
There was a point in my career where I had an office in the same building as Mission Control. So being there every day, walking past Mission Control Center, being aware of that history. "Houston, we've got a problem" from Apollo 13. Or "One small step for man, one giant leap for mankind." That all those words came to Houston first. Being a part of that going forward was just huge.

The second piece is just the quality of the workforce down here. I mean you come in every day and work with just awesome people, who are fun to be around, smart, [and] solving hard, hard problems every day. Being in a position to participate and at times just observe and see that take place has just been fascinating.

I've moved around to several different jobs. But I was in the Shuttle Program for the last few years that we were flying. Being a part of those last few missions, when you knew STS-133, STS-134, STS-135 were almost at the end. We finished assembling the Space Station. We were not going to fly these vehicles anymore. These were the last flights. Just knowing the importance of what was going on at that point in time and being a part of it.

What do you see when you look at the space exploration landscape today?
NASA on the whole is still doing in-house development for deep space exploration. Whether it's the robotic spacecraft that are currently operating on Mars or the Orion crewed vehicle that's being developed here that will be capable of going to the moon or to Mars. There’s also a new NASA rocket, called the SLS, the space launch system, that's going to take the Orion into space.

What we're starting to do commercially is operating in what we refer to as low-Earth orbit, so up to 250 to 300 miles. Primarily that's the International Space Station. We've got three vehicles that they're working on for cargo. Two of them are operational already. Then we're working on the two vehicles with Boeing and Space X for crewed transportation, getting us away from reliance on the Russians. The big focus outside of NASA, a lot of it is what they call the tourist industry. Those folks would take passengers up to space, but not for long.

What’s driving advances in your field and what are the big hurdles?
The big hurdle is the cost of getting things launched. A couple of companies are working on reusable launch vehicles. It's the single use vehicle—you got to build a new one every time—that drives the cost. With Shuttle, it was a multiuse vehicle. But because of the nature of it's design, it was almost as expensive. So finding a reusable way [to launch]. Both Blue Origin and Space X have working concepts to land their first stage rocket. They do the launch. They bring it back. They can actually fly it back and land it on landing legs, where you then refuel it and use it again. That will be the biggest single thing that will open up the market.

Why does exploring space matter?
The simple answer is, what if Columbus never had a desire to set sail for India? What if Lewis and Clark had never set out to see all the country of the Louisiana Purchase? What if those people had never done that? What would we have missed out on? We’re taking the human race into that next unknown. Will we ever colonize another planet? Maybe. [We’re taking] that next step. Asking, is it possible? Could we colonize another body—the moon, Mars, or anywhere else—if we needed to?

Dennis Davidson serves on the Board of Fellows advisory panel for the Norwich University College of Science and Mathematics.