A pinning ceremony packed with promise 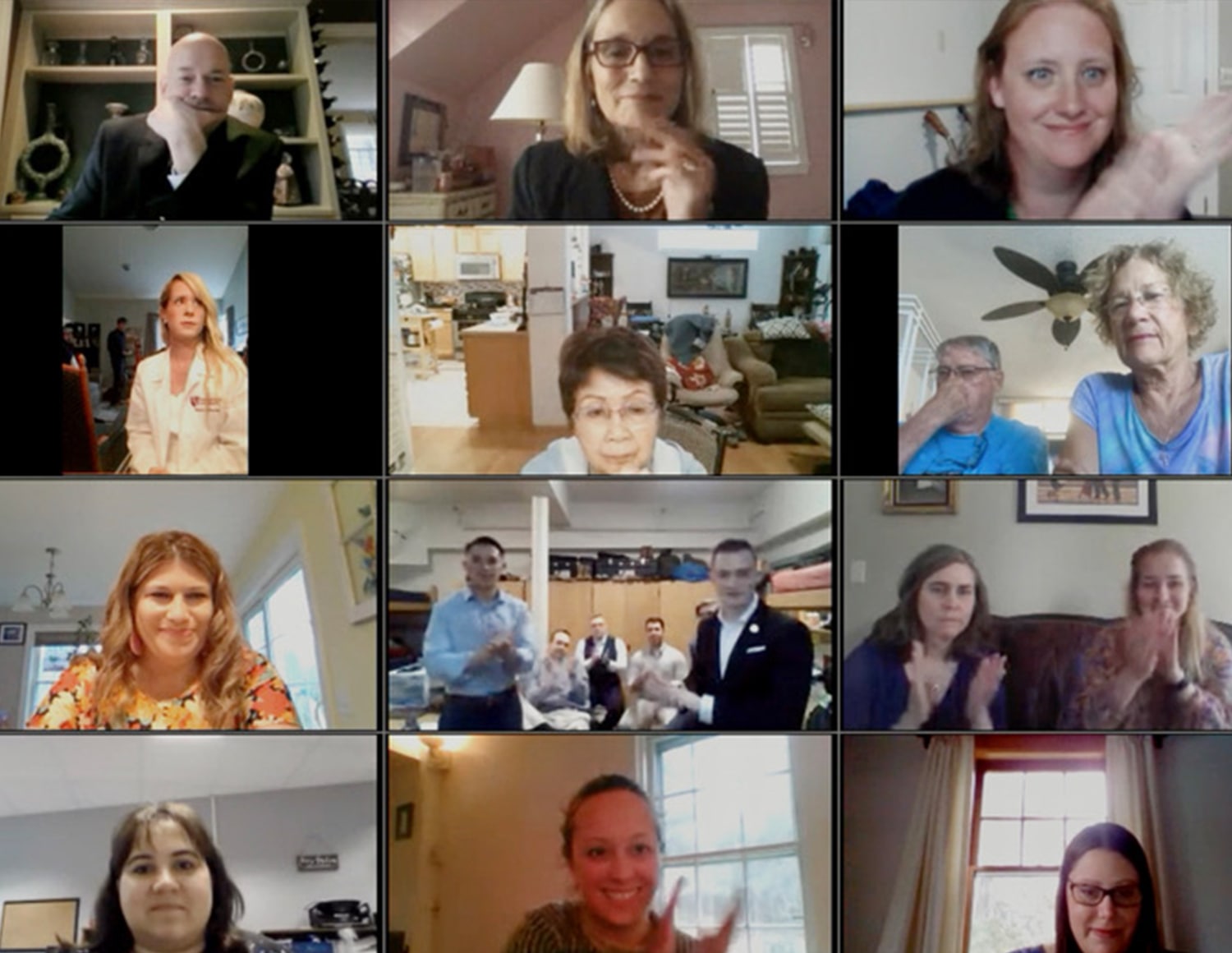 Her Q wave measured questions like, “Can we do this?” “Is there time?”

R, the highest point of the QRS complex, measured readiness, as in, “I’m so ready to graduate.” S measured struggle and strength.

The toughness showed in the April 29 ceremony, which marked the nursing program graduation of 42 Class of 2021 students. Norwich Nursing Director Paulette Thabault acknowledged the cohort’s COVID-19-triggered travails and said students had shown grit, perseverance and tenacity.

Some Class of 2021 nurses had also coped with tragedy, Thabault said, as some lost loved ones to the coronavirus. Thabault and the group honored the dead with a moment of silence.

“We have pivoted, we have adjusted, we dodged the curveballs, we jumped through the hoops,” Thabault said of the students. “Over your time at Norwich, … you have learned the skills, you have acquired the knowledge and you have developed the humanistic, caring attitude necessary to become a professional nurse.”

After Caione spoke, classmate Brenden Apolinario reflected on how far the students had come. He said the group transformed from novices daunted by anatomy exams or first-time work at Northfield, Vermont’s Mayo Healthcare into career-ready nurses.

“We learned to take care of our patients by caring for one another,” he said. “(We) studied in groups for hours and even carpooled to clinicals in a snowstorm. Our class has a special bond.”

“So, class, this is it. Now we’re all started in a thousand different directions. You have all made the past four years an amazing journey. We did it.”Brenden Apolinario ’21

Apolinario told his classmates they were ready to fill big shoes in a consistently understaffed industry thanks to the Norwich faculty’s guidance.

“So, class, this is it,” he said. “Now we’re all started in a thousand different directions. You have all made the past four years an amazing journey. We did it.”

Thabault said nursing pinning ceremonies date back to the 1860s, when Florence Nightingale (1820-1910), a British nurse and social reformer, received the Red Cross of St. George for her patient care during the Crimean War in the 1850s.

Nightingale, who transformed nursing by setting hospital sanitation standards, establishing a laundry to get patients clean linens and creating an “invalid’s kitchen” to feed patients with special dietary needs, also believed in recognizing jobs well done, Thabault said. Nightingale presented medals to the hardest-working graduates of the nurse training school that she established along with St. Thomas’ Hospital in London in 1860.

By 1916, Thabault said, nurse pinnings had become an American tradition, symbolizing proof of a nurse’s education. The pins are awarded in special ceremonies and designed with images and colors meaningful to graduates.

Thabault told the students they’ve entered one of America’s most trusted positions, an assertion Gallup supports. In December, Gallup found that nurses earned a 41% very high score for honesty and ethics, higher than any other profession in 15 occupational groups. Nurses’ very high ethics score was 14 percentage points ahead of doctors’ score.

Furthermore, Gallup reported, nurses’ combined very high/high score of 89% was four percentage points greater than the profession’s previous high in 2019. It was the 19th consecutive year nurses were rated most ethical in the poll, which was introduced in1976 and has been updated annually since 1990.

Thabault encouraged the graduates to advocate for the good and effect positive change wherever they can.

“You have so many opportunities to be leaders in your communities and in your nursing profession,” she said. “Remember, leadership happens everywhere — at the bedside, in the hallway, in the breakroom, in the boardroom.”