‘You are about to work for everybody’ 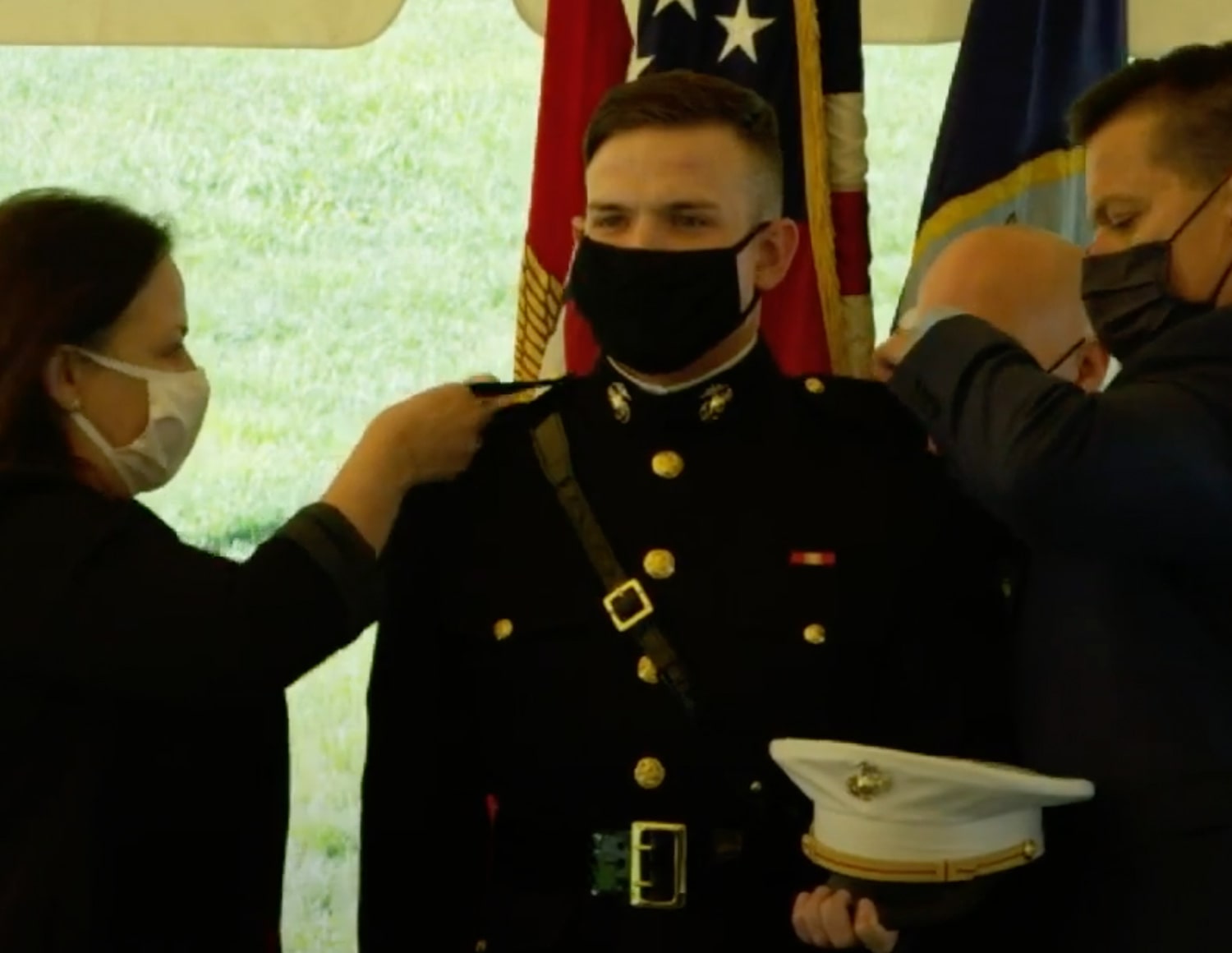 U.S. Marine Corps and U.S. Navy commissionees told any focus on ‘me’ will give way to focus on ‘we’

Finishing college and managing the coronavirus pandemic presented a sturdy challenge, U.S. Marine Corps Col. Scott Conway said, and the Class of 2021 had earned a moment of pride for meeting it. But, he said, the page was about to turn and the challenge was about to steepen.

Although the new service personnel would answer to commanding officers, they’d also answer to their peers in uniform, Conway said.

“The most important people you’re going to work for are those Marines and those Sailors,” Conway said. “They demand and deserve your best.”

The newly commissioned officers had their rank bars pinned to their epaulets and their caps placed on their heads, often by proud parents.

Then came first salutes and the award of a silver dollar by the commissionee to the first saluter. The precise origin of the “silver dollar salute” is unclear,  but some observers have traced it to the 19th century.

By tradition, newly commissioned officers give a silver dollar to the first enlisted person who salutes them. The silver dollar signifies deep gratitude an officer has to the enlisted ranks for the knowledge they share.

Although the graduates weren’t perfectly ready for their service phase, they were ready enough, Conway said. Although parents might worry about their children’s forthcoming duties, Conway told them not to worry; the Marines and Navy treat its people like family.

“The really good news is not only are they joining the family, so are you. Welcome to the family,” he told the parents.

Then, turning to the students, Conway added, “I could not be more proud of you.”