‘Let the weight of those words resonate within you.’ 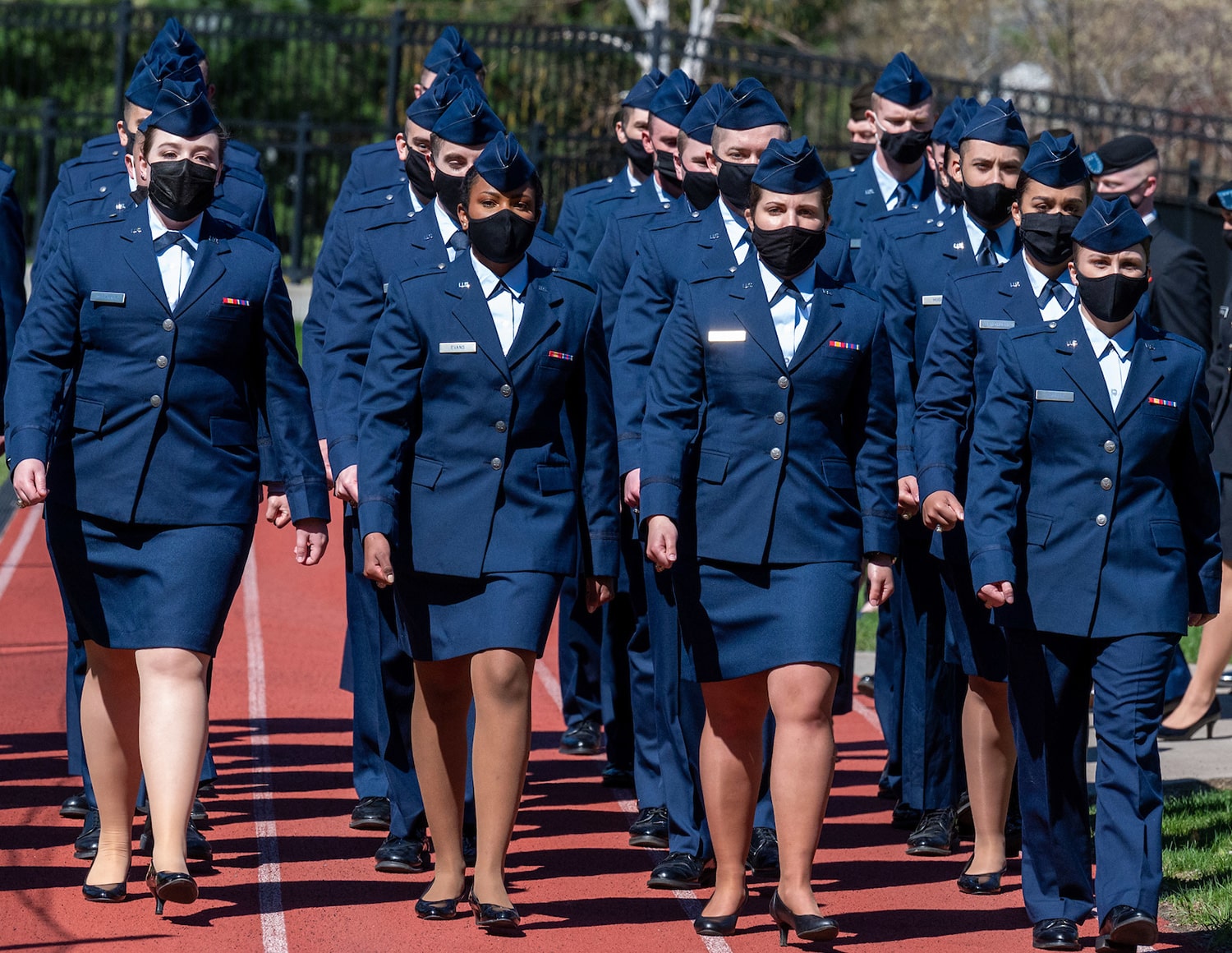 They marched into Sabine Field, uniforms pressed, gazes purposeful, strides deliberate, ready for their long-awaited moment. Joint Commissioning was nigh, and before the Norwich University ROTC cadets swore into their armed forces branches, they’d sit their last collective stint together.

“It’s you and the rest of that less than half a percent that have the values and steel in your backbone to protect our way of life.” U.S. Air Force Reserve Maj. Gen. Gary W. Keefe ’86

Keefe described his long family roots at Norwich University. Three brothers followed his lead in attending and graduating. His daughter, a U.S. Army lieutenant and nurse, went through. A sister-in-law alumna’s name is on a women’s soccer field scoreboard on campus; Keefe’s nephew just finished his junior year.

“Now, more than ever, the (commissioning) oath you, and those before you, have taken, is what will preserve our nation, as it has during every war, challenge and attack in our nation’s history.”

Keefe told the commissionees they were special, not because well-meaning parents had told them so, but because they’d chosen military service, a path, as the nonpartisan Council on Foreign Relations estimates, just one half of 1% of the U.S population follows.

“Listen today to those words as you repeat them during your commissioning ceremony,” said Keefe, who described the Constitution, and the values it upholds, as a hopeful beacon to the world. “Let the weight of those words resonate within you.”

Keefe said many challenges await the future officers, especially with the nation divided by socioeconomics, race, religion, political beliefs and values. Also ahead, he said, lie global unrest, fiscal recovery, threats from extremist groups including the Taliban (in Afghanistan), the Islamic State (in Iraq and Syria), Boko Haram (in Nigeria) and al-Shabab (in Somalia) and nations including China and Russia.

“I’m not worried, because it’s you and the rest of that less than half a percent that have the values and steel in your backbone to protect our way of life,” Keefe said. “Have your squares filled and be prepared for opportunities when they come your way and don’t be afraid of stepping out of what might be a traditional career path.”

Citing U.S. Army Gen. and former Secretary of State Colin Powell’s assertion that bad news doesn’t improve with time, Keefe urged commissionees to acknowledge errors when they happen, correct them and learn from them. Keefe added that because the armed forces’ most important resource is people, leaders must treat others with respect, compassion and empathy.

“Make sure you are taking care of your troops, and most importantly, their families. Get to know them and always be available to help them with their problems,” Keefe said. “Leadership is a gift given to you by your troops. Do not take that gift for granted.”