Norwich University graduates the Class of 2021, commissions graduates into the U.S. military

By NU Office of Communications
Category: News
May 01, 2021 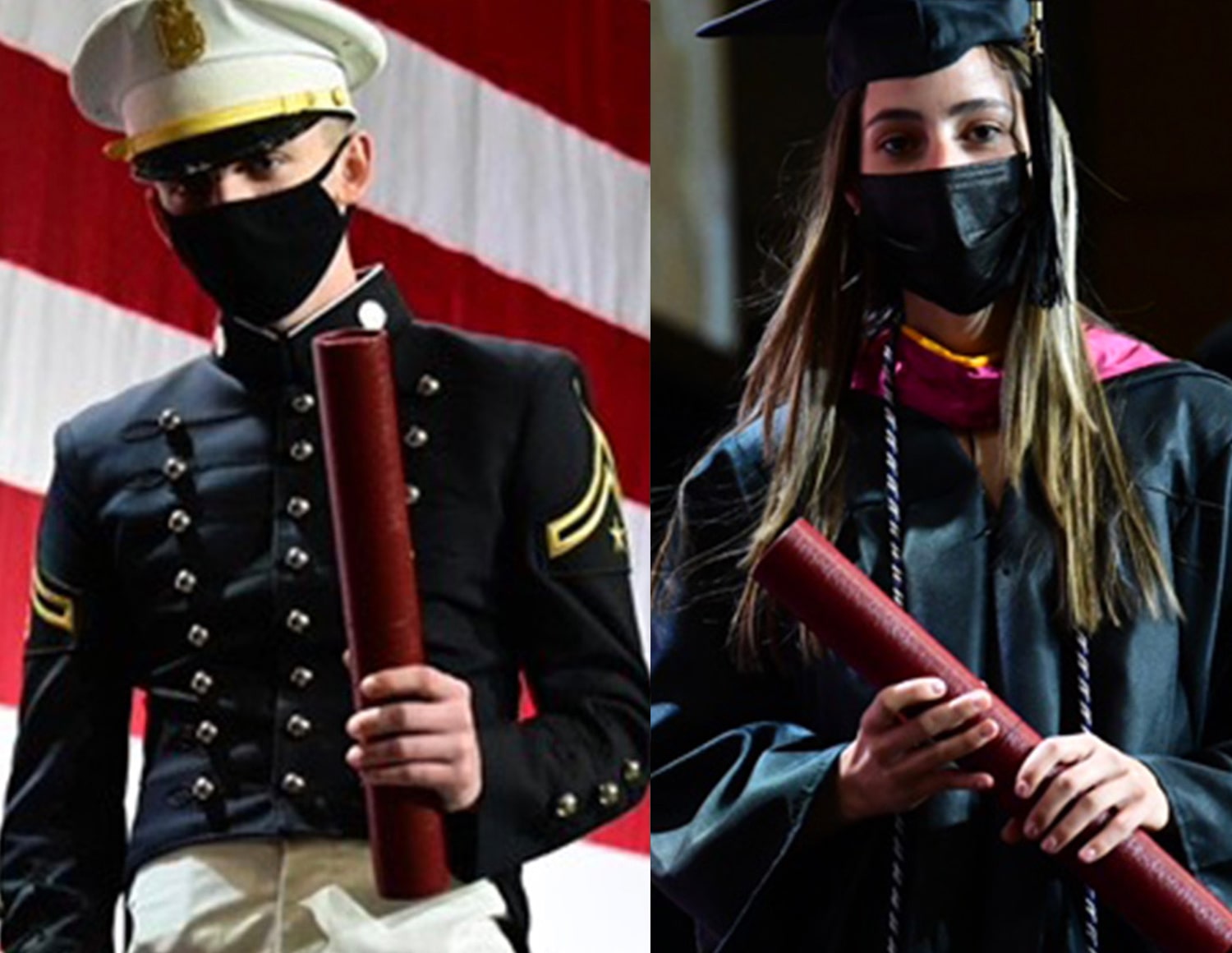 NORTHFIELD, Vt. — Norwich University celebrated Commencement and Commissioning ceremonies on Saturday, May 1, in a hybrid of virtual streamed and in-person events held campus-wide in accordance with Vermont pandemic guidelines and with the Norwich community’s health and safety as the highest priority.

Norwich University was honored that Joint Chiefs of Staff Chairman Gen. Mark A. Milley gave the commencement address to the Class of 2021 in recorded remarks. Milley is the military’s senior-most ranking member and serves as principal adviser to President Joe Biden, Defense Secretary Lloyd Austin III and the National Security Council.

Milley shared with Norwich graduates that both his parents fought in World War II, and shared details of notable Norwich alumni who distinguished themselves in service to the nation.

“Each of you will play an important role in keeping the peace.” Joint Chiefs of Staff Chairman and U.S. Army Gen. Mark A. Milley

He shared this insight: “Right now, we are in a great power competition with China and Russia, and we need to keep it at competition and avoid great power conflict. Each of you will play an important role in keeping the peace. You can expect to be at the edge many times, to make hard choices with imperfect information. You will have to keep guard up against the enduring nature of evolving security challenges. Each and every one of you are going to be fundamental to our nation's defense in the years to come, and you are well equipped to meet these challenges.”

Milley added: “You're about to graduate from an institution that has taught strength of character and leadership and perseverance.”

Milley received an honorary Doctor of Military Science before addressing approximately 447 students graduating from 32 undergraduate programs and one master’s program: 437 bachelor’s degrees and 10 Masters of Architecture. The Class of 2021 included 18 International students from 10 countries on five continents. There were four separate commencement ceremonies, two each running simultaneously at 9 a.m. and noon in Shapiro Fieldhouse and Kreitzberg Arena.

Graduates include future military officers, law enforcement officers, engineers, nurses, and many who will go on to graduate school, jobs in the federal government, athletic training, construction management, cyber security and numerous public-service sectors. The Class of 2021 consisted of 169 civilian students and 268 students in the Corps of Cadets.

Individual Service Commissioning ceremonies were held at 4:15 p.m. in various outdoor locations on campus. Each military branch’s event was streamed live. During the ceremony, whether on campus or remotely, students received their first salute as a military officer.

Media contact:
Daphne Larkin
802-485-2886
This email address is being protected from spambots. You need JavaScript enabled to view it.
@NorwichNews