To reach Posters on the Hill, student becomes recorder of the court 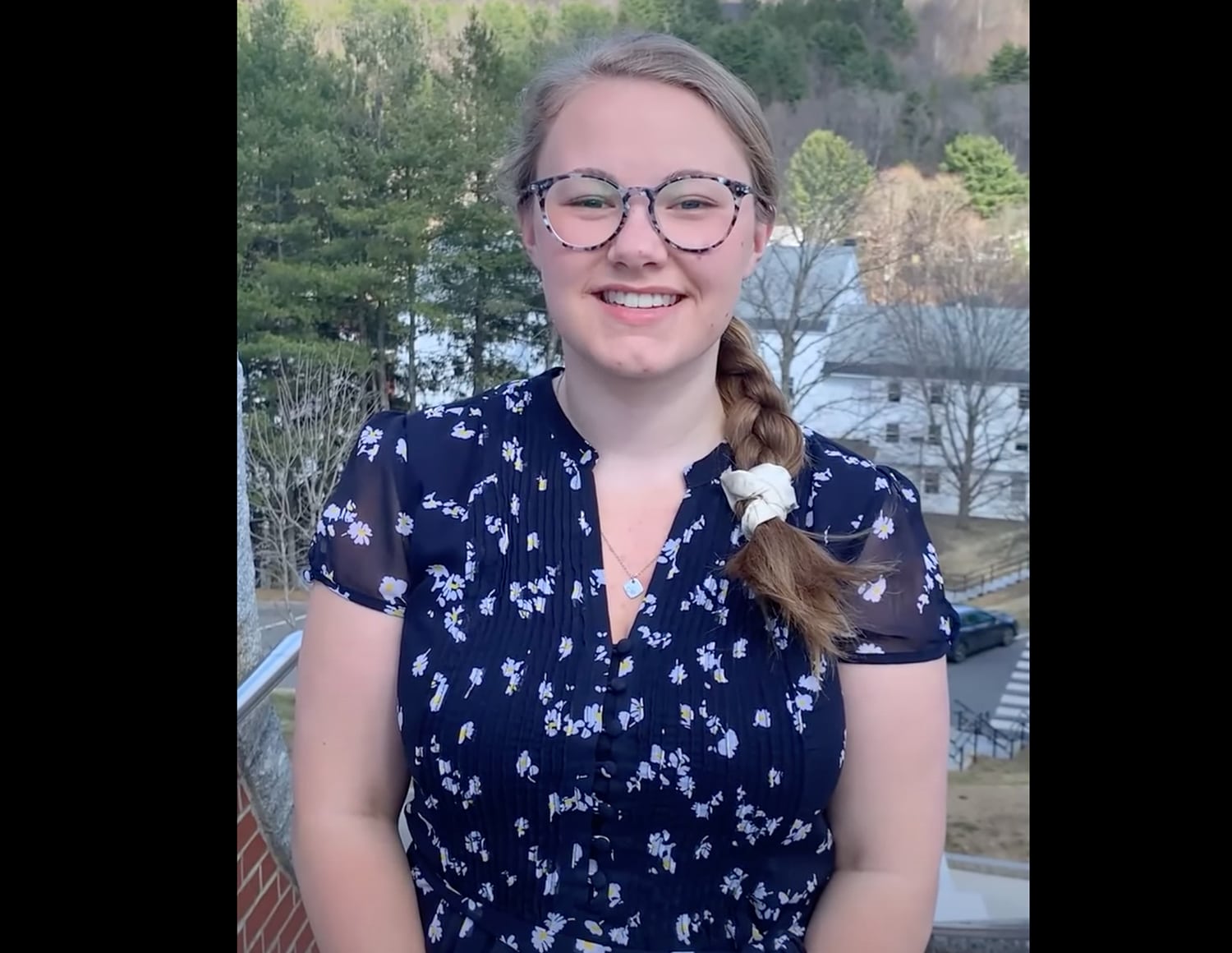 Opposites instruct. And Faith Privett will prove it on the Hill (yes, Capitol Hill), if virtually, this week.

The Norwich University junior, who’s majoring in political science and history, had chosen Ruth Bader Ginsburg as one of three Supreme Court justices she’d like to independently research for her capstone senior seminar. She would examine voting records to see whether the justices’ votes matched those justices’ perceived ideology.

By becoming one of 60 students of more than 350 applications nationwide to land a slot in Posters on the Hill, presented by the Council on Undergraduate Research, Privett became the sixth Norwich student to participate in seven years.

Norwich University has sent students to Posters on the Hill for three consecutive years.

Privett, who’s from Proctor, Minnesota, called Ginsburg one of her idols. With 27 years on the bench, the justice, who died last year from complications from metastatic pancreatic cancer, had myriad decisions to examine.

“I was the only female in the class, so I don’t know if it would be stereotypical for me to pick all female justices,” Privett said, adding that she also picked Chief Justice John Roberts and Justice Elena Kagan. “And I was like, ‘I would really like a female justice.’”

“(Jagemann) said, ‘I took into account all of your picks, and picked the opposite.’”

Norwich has sent students to Posters on the Hill in three consecutive years. Before Privett, Norwich’s Posters on the Hill representatives studied physical science — Dillon Zites ’20, a biology major from Clarksville, Tennessee, presented research on improving cancer treatment in 2019.

Assistant Professor of Chemistry Thomas Shell, a groundbreaking researcher on light-activated drugs, or photopharmaceuticals, mentored Zites, Lair and Evans. Like Privett, Zites, Evans and Lair were the only Vermont college students to present in their Posters on the Hill years.

If Posters on the Hill were in person, Congress members and their staffs would attend the event to talk with the student researchers about their work. However, because of the coronavirus pandemic, this year’s presentations will be virtual, as 2020’s were. (Lair and Evans created a special Twitter account to field queries.)

Privett’s project, “Clad in Sheep’s Clothing: An Analysis of the Influence of Attitudinal and Extralegal Factors on Justice Antonin Scalia’s Decision-Making Process” challenged this what-you-see-always-what-you-get notion.

In her research, Privett found she was following in Jagemann’s footsteps (he’d also studied Scalia for a college capstone project) and discovered that varied voting by Scalia, who died in 2016, often defied prediction.

“What my data actually found was that in First Amendment cases and civil rights cases, Scalia’s voting record over the years was more liberal than it was conservative,” Privett said. “In union cases and privacy cases, he was more conservative, but he still wasn’t as conservative as people expected him to be.”

Privett said her research brought Scalia’s originalist, or textualist, jurisprudential bent into sharp relief. Originalism holds that the Constitution should be read considering only the words used as they are commonly understood. The opposite view is living constitutionalism, which argues that allowing for interpretive growth of the Constitution is natural, given that the document’s language is broad and limitations aren’t clearly established.

“As much as I dislike his stance on certain cases, I understood where he was coming from and why he was doing what he was doing,” Privett said. “He was trying to uphold the separation of powers between the (constitutional) branches of power and keep the Supreme Court from becoming a legislative body.”

Jagemann emailed students in Privett’s seminar class with the subject line “Do this” when he heard of the chance for them to compete for Posters on the Hill. When Privett pounced, he wasn’t surprised.

“She is a professor’s dream,” Jagemann said. “She’s actively engaged with learning  and going beyond the expectations to try to solve problems and that’s what we’re in the business of — trying to identify and solve problems in the social sciences.”

Since Norwich University launched the Office of Academic Research in 2007, more than 250 students have conducted research projects with faculty mentorship. Norwich’s Posters on the Hill success streak comes as Norwich over the past decade has invested more than $800,000 of endowed income and reinvested grant overhead in faculty and undergraduate research to complement more than $20 million of externally acquired research and institutional grants managed by the Office of Academic Research.

Dr. Amy Woodbury Tease, who co-directed the recently concluded Celebration of Excellence in Research and Creative Activity, said Privett’s Posters on the Hill participation shows the strength of Norwich’s arts and humanities programs.

“It is wonderful that Faith has been accepted to continue our streak but also to demonstrate the breadth of scholarship that Norwich students produce across disciplines,” she wrote in an email. “We are thrilled to have a CoLA representative this year, and Faith will make a great ambassador for the College of Liberal Arts.”

“Norwich’s presence at Posters on the Hill over the past six years is a real tribute to the culture of research and creative activity that we have cultivated at the university,” she wrote. “That Norwich is competing at a national level and being recognized for excellence in research is remarkable, and the quality of research that I see our students producing (in) the Undergraduate Research Program improves every year.”