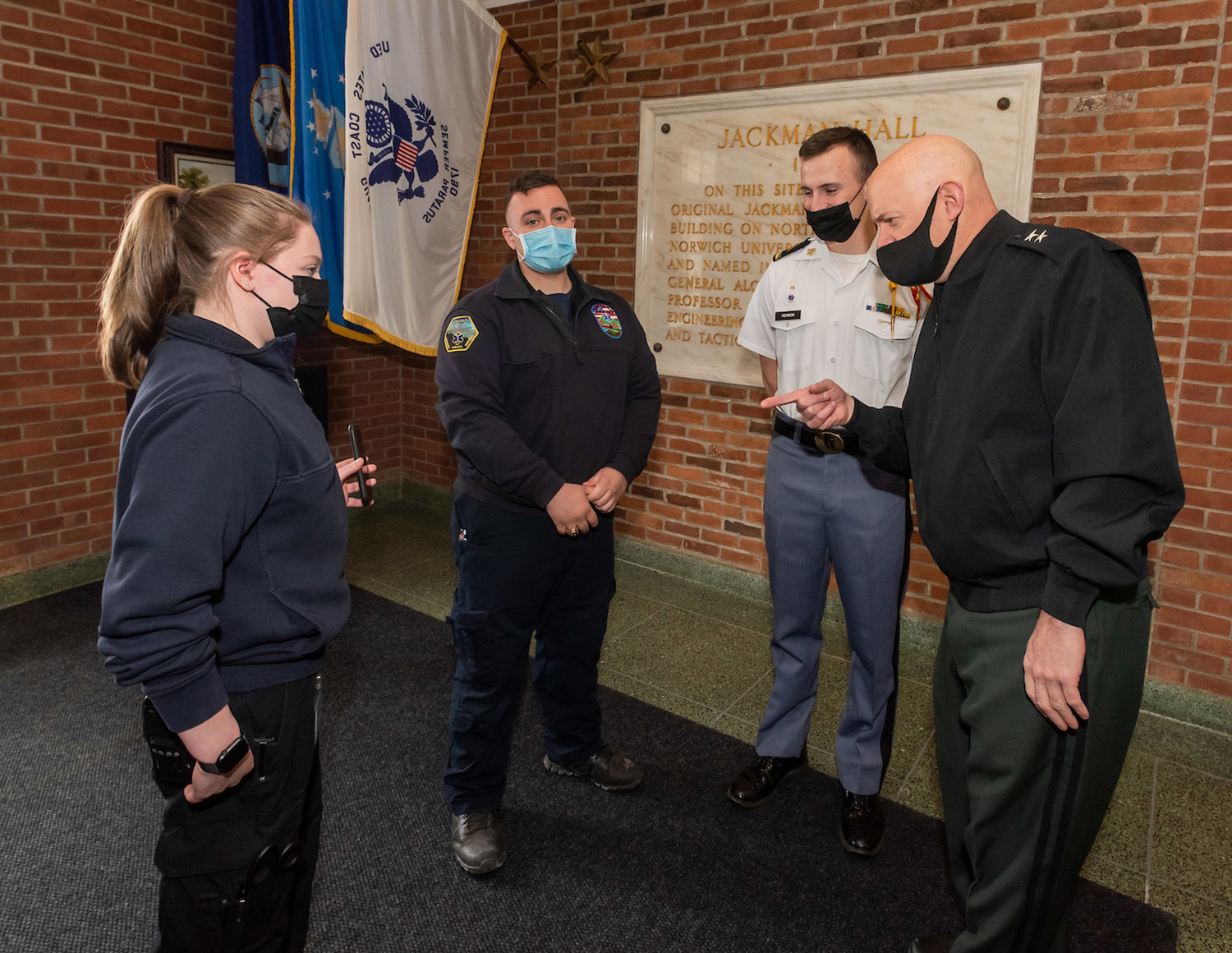 “Despite their various sizes, each of them were giants in their performance and bring enormous credit to the university.” Matthew Romei ’98, Vermont Capitol Police Chief

“These students have devoted a large portion of their precious college years to learning, training, exercising and performing in the emergency services arena and all of that hard work paid off yesterday,” Romei wrote. “The intrinsic refusal to quit found in so many Norwich men and women was on full display.”

Norwich University Staff Photographer Mark Collier said Romei told him the incident illustrated leadership and the benefits of careful planning — the students’ approach was careful, and cooperative; everyone had their say and everyone stayed safe.

Romei wrote, “Despite their various sizes, each of them were giants in their performance and bring enormous credit to the university. I sincerely hope you will find reason to recognize and commend these students for their extraordinary commitment to the Norwich and Northfield communities.”

Anarumo did. At noon Friday, he invited the students to Jackman Hall’s foyer and awarded them a special commemorative coin. Titus and Norwich Senior Vice President of Student Affairs and Technology Frank Vanecek also attended.

The students were working with Norwich Emergency Medical Services, a joint program administered by Norwich’s Center for Civic Engagement and a division of Northfield Ambulance. The program’s students, equipped with basic life support equipment, provides medical standby details for student clubs, ROTC detachments and university organizations such as the Corps of Cadets.

Norwich Emergency Medical Services, for which Amatrudo has been a training lieutenant, started in 1993. The group, founded in 2006 by cadets Michael Kelley ’06 and Robert Fabich ’07, and incorporated into the Center for Civic Engagement in 2011, works with Northfield Ambulance, helping to provide medical coverage on the ambulance and the crash and off-road rescue units.