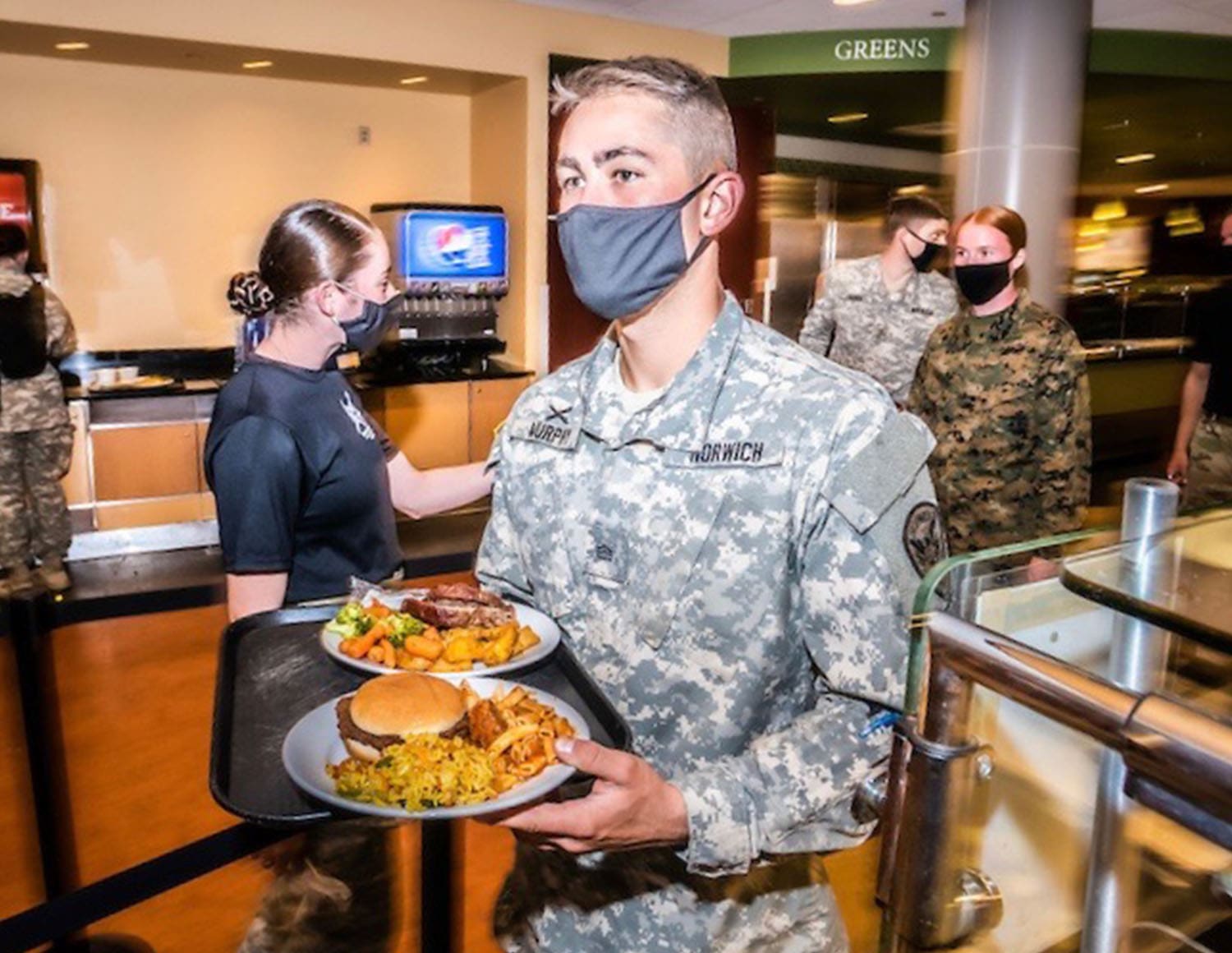 How much of that meal on your plate came from Vermont? If more of it were locally sourced would it help the state? Norwich University’s Academic Research Collaborative will explore this idea this week.

The collaborative, an offshoot of the Center for Global Resilience and Security, will hold the talk from 1 to 2 p.m. Tuesday. The talk, “Does Eating Local Improve Resilience?” highlights the week’s events, along with the return of the 2021 Celebration of Excellence in Research and Creative Activity and the next-to-last week of the 2021 Peace and War Virtual Summit.

As the National Association of State Departments of Agriculture will tell you, Vermont has nearly a million and a half land acres devoted to agriculture, including 6,000 farms. Vermont government statistics show Vermont’s agriculture and food system accounts for 64,000 direct jobs and its food system generates $11.3 billion in annual economic output.

So, the farming tradition is strong in Vermont. (No wonder some non-Vermonters may first think of food — maple syrup or Ben & Jerry’s ice cream — when considering the Green Mountain State.) And the Vermont Agriculture and Food System Plan data show the U.S. local-food market grew from $5 billion in 2008 to $12 billion in 2014 and was expected to rise to $20 billion by the end of 2019.

Sodexo, Norwich University’s dining partner, remains committed to the state through its Vermont First Initiative, under which it devotes at least 10% of its food budget to buying Vermont products.

Norwich assistant professors Dr. Simon Pearish (biology) and Dr. Kaitlin  E. Thomas (Spanish) at Norwich University will moderate the discussion, which will include a complementary and optional video discussion on FlipGrid.

JOB MARKET VISIONS: Don’t adjust your calendar. Commencement really is mere weeks away. That means that after tossing their mortarboards, new graduates may face first job offers, a prospect that can be both exhilarating (Yay! I can step toward my career!) an enervating (Whoa! There’s a lot riding on this.)

The Career and Internship Center will also hold a session on preparing for an oral board interview in law enforcement, led by the Middleton, Massachusetts-based Essex County Sheriff’s Department from 1 to 2 p.m. Wednesday. Join through Handshake.

SHOW OF SUPPORT: The International Center will hold its weekly support group for international students from 4 to 5 p.m. Thursday. Discussion topics may include adjustment to college and to the United States, cultural and academic concerns, homesickness and language barriers.

This email address is being protected from spambots. You need JavaScript enabled to view it. Melisa Martinez for details.