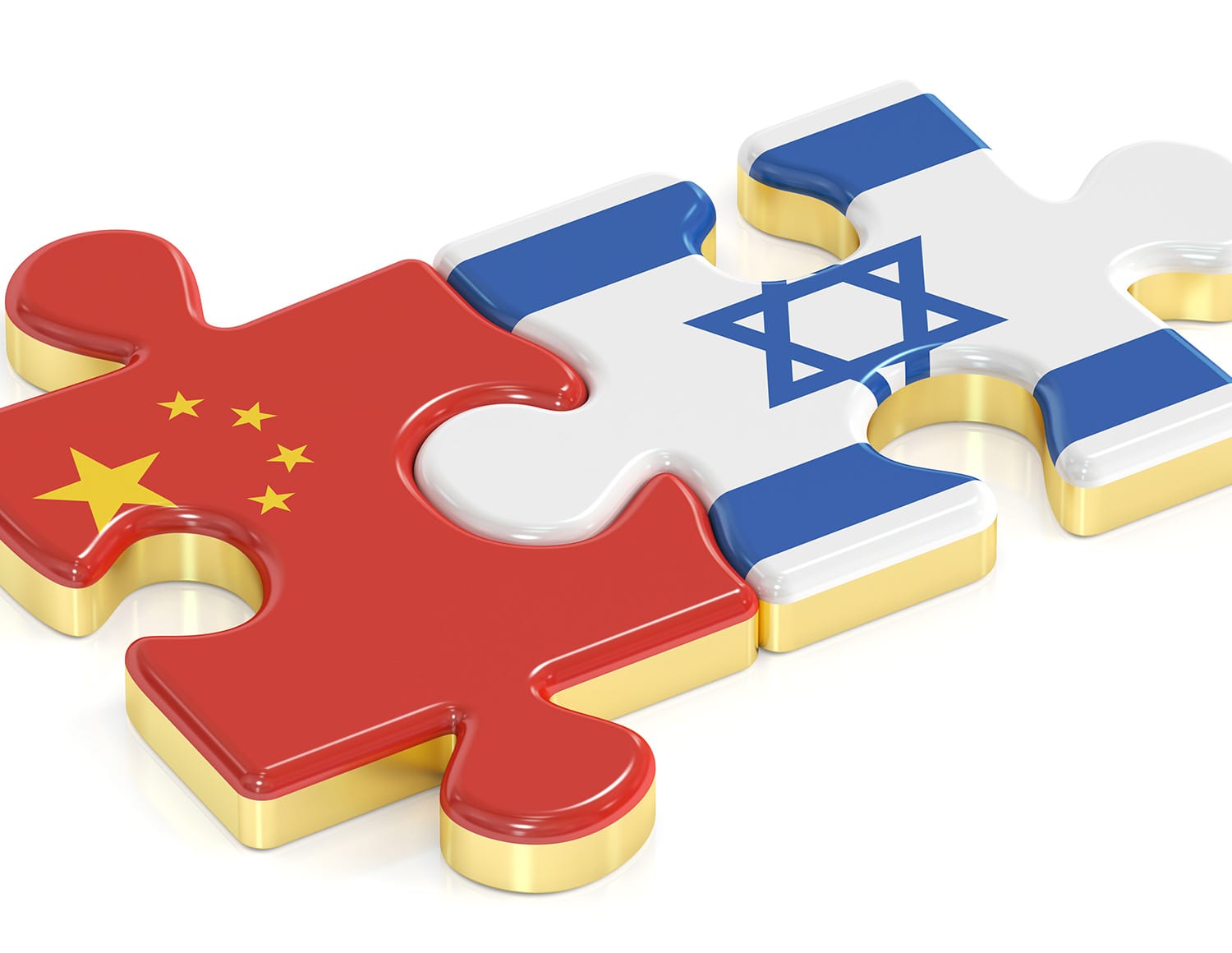 Heated rhetoric during this month’s diplomatic summit in Anchorage, Alaska, and a torrent of recent news has illustrated escalating tensions in the U.S.-China relationship, a tie U.S. Secretary of State Antony Blinken has called the world’s most consequential relationship. This week’s Peace and War Virtual Summit session will examine how Israel fits.

The summit, in the fifth of its seven weeks, will feature discussion by Dr. Travis Morris, director of Norwich’s School of Sociology and Justice Studies and director of the summit-sponsoring John and Mary Frances Patton Peace and War Center, and Dr. Zhiqun Zhu, a political science and international relations professor and chairman of Bucknell University’s International Relations Department.

The discussion is free to attend and will be livestreamed on the summit’s webpage.

News suggests Israel may form the third leg of a three-nation diplomatic snarl between itself the United States and China. In June, then-U.S. Secretary of State Mike Pompeo told the Foreign Policy news site that the U.S. didn’t want China’s Communist Party to have access to Israeli infrastructure or communication networks. In October, Bloomberg News reported, citing anonymous sources, that the U.S. is trying to find American bidders for Israel’s largest port.

In a March 16 op-ed in the Jerusalem Post newspaper, former Pentagon official Michael Makovsky and former U.S. and Canada attaché Yaacov Ayish wrote that Israel and the United States must together counter China’s threat.

“Beijing … uses legal investments into Israeli infrastructure and startups to gain access to civilian Israeli technology that it can monetize or adapt for military purposes,” Makovksy and Ayish wrote. “Washington has a clear interest in stopping such Chinese penetration of Israel’s economy.”

The power of Chinese investment

In May 2020, Hudson Institute senior fellow Douglas Feith, who was defense undersecretary July 2001 until August 2005 in the George W. Bush administration, wrote in a Wall Street Journal op-ed that China has grown to become Israel’s second-largest trading partner, after the United States. In 2018, China imported more than $4.6 billion of Israeli goods, and exported goods to Israel worth more than $10.9 billion. In 1992, he wrote, Chinese goods imports to Israel were $38.7 million, and exports were $12.8 million.

He added that Israel has eagerly welcomed the Chinese as customers and investors. Chinese companies, he wrote, expanded the port in Ashdod on the Mediterranean, built the Tel Aviv light-rail system and the Carmel Tunnels and has an exclusive 25-year contract to operate a new container terminal at the port of Haifa beginning this year.

In a March 18 news analysis in the Israeli newspaper Haaretz, journalist and diplomacy expert Alon Pinkas wrote that to avoid a spiral clash, Israel will need to be transparent and coordinate with the Biden administration in its China dealings.

“If it doesn’t,” journalist Alon Pinkas wrote, “it will risk inevitable friction and a rift on an issue that the current president views as a top priority.”

On Norwich’s panel, Zhu, who has also taught at the University of Bridgeport, Hamilton College, the University of South Carolina, and Shanghai International Studies University, was Bucknell’s inaugural director of the China Institute (2013–2017) and MacArthur Chair in East Asian politics (2008–2014).

Zhu has authored and edited a dozen books, including “A Critical Decade: China’s Foreign Policy 2008–2018” (World Scientific 2019), “China’s New Diplomacy: Rationale, Strategies and Significance” (Ashgate 2013), and “New Dynamics in East Asian Politics: Security, Political Economy, and Society” (Bloomsbury 2012). He has received two POSCO fellowships at the East-West Center in Hawaii, a Korea Foundation/Freeman Foundation grant to do research in Korea and three senior visiting fellowships at the East Asian Institute of National University of Singapore.

Click here for details on the Peace and War summit.