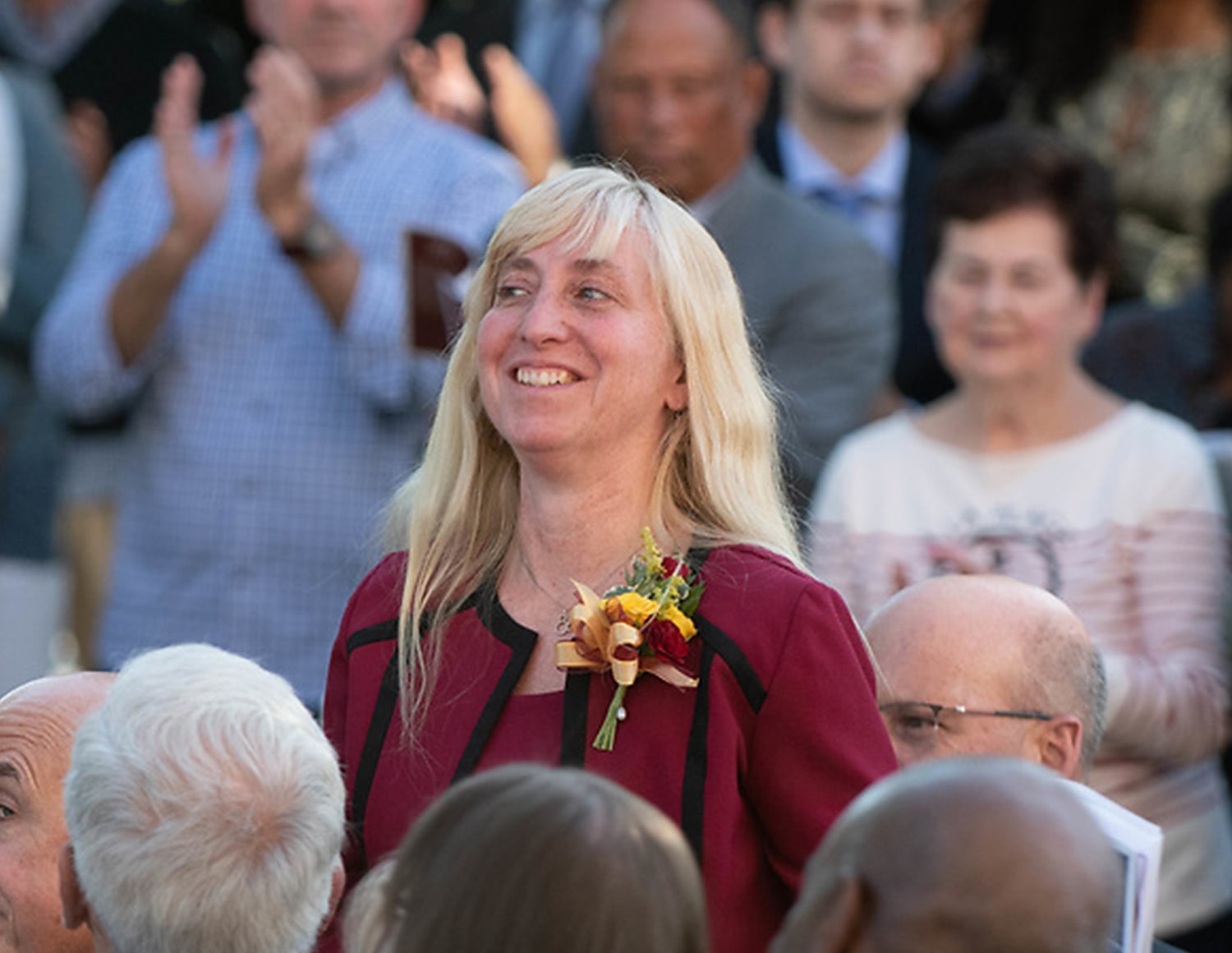 With midterm past, the semester, and academic year, are barreling toward crescendo. So, two events this week will point toward postcollege life. One will address leadership, a core Norwich University trait useful in careers; one will examine graduating during a pandemic.

The Women in Leadership discussion, presented by the Admissions Office, debuts as a virtual forum from 6 to 7 p.m. Tuesday. It features a panel discussion among three Norwich graduates who’ve built careers as trailblazers, two in the armed forces — Air National Guard Brig. Gen. Kimberly A. Baumann ’87 and U.S. Army Capt. Katherine Hathaway ’12 — one in athletics — Sophie Leclerc ’10.

The Women in Leadership debuts as a virtual forum, featuring a panel discussion among three Norwich graduates who’ve built careers as trailblazers.

In the Rhode Island National Guard, Baumann advises on programs, policies, operations, management and command and control. As her bio page states, Baumann establishes policy and monitors operations of more than 1,000 people and also serves as Air National Guard assistant to headquarters Air Force A-2/6.

Hathaway, meanwhile, has served as tank commander with the 1st Armored Brigade Combat Team, 1st Cavalry Division and as a reconnaissance officer. In 2016, as the Daily News of Newburyport reported, Hathaway was one of the first four women to graduate from the Army’s Maneuver Center of Excellence at Fort Benning, Georgia.

Leclerc is now head coach of the Norwich women’s hockey program she helped build. She joined the inaugural varsity team in 2007-08 and had a strong career. As a senior, Leclerc was named the New England Hockey Conference Player of the Year, New England Division III Player of the Year and American Hockey Coaches Association first-team All-American. She was the runner-up for the Laura Hurd Award, given to the nation’s top Division III player.

Before returning to Norwich to coach in 2019, Leclerc served as an assistant coach at Division I Colgate University, helping lead the team to the NCAA Division I National Championship game in 2017-18.

French cinema auteur Bruno Dumont follows up his 2017 film “Jeanette: The Childhood of Joan of Arc” and concludes his adaptation of early 20th century French poet Charles Péguy’s two plays about Joan of Arc. This movie focuses on the battles, trial and execution that turned the Maid of Orleans into France’s national heroine.

CURTAINS UP: The Norwich Humanities Initiative, a cross-disciplinary learning program, will present “From Syria & Iraq to Vermont,” from its “Crossing Borders” series, from 7 to 8:30 p.m. Tuesday.

Playwrights Amir Al-Azraki (also an assistant professor of Islamic and Arab cultures at Renison University College, University of Waterloo) and Mohammad Al-Attar join the Champlain Valley Office for Economic Opportunity’s Asma Abunaib on the panel, which will examine contemporary theater from Iraq and Syria and consider experiences of refugees and Arab-Americans in Vermont.

The Norwich Humanities Initiative, launched in 2018-19 with a Humanities Connections Planning Grant from the National Endowment for the Humanities, promotes cross-disciplinary learning.

CONNECT, REFLECT: The Career and Internship Center will lead a webinar on graduating during a pandemic from 5 to 6 p.m. Tuesday. Officials will discuss networking tactics — how to meet people, follow up and land jobs.

LOOK, ROOKS: Norwich University’s Admissions Office will hold two informational webinars on rooks, first-year recruits in the Corps of Cadets, from 6 to 6:45 p.m. Wednesday and 9 to 9:45 p.m. Thursday. Officials will explain training and expectations and how rooks fit into the Corps and campus life. Click here for details on the Wednesday  session .

GAME NIGHT: The Campus Activities Board will present an online game challenge, game to be determined, at 9 p.m. Wednesday. Click here for details on the Wednesday session and here for information on the Thursday session.