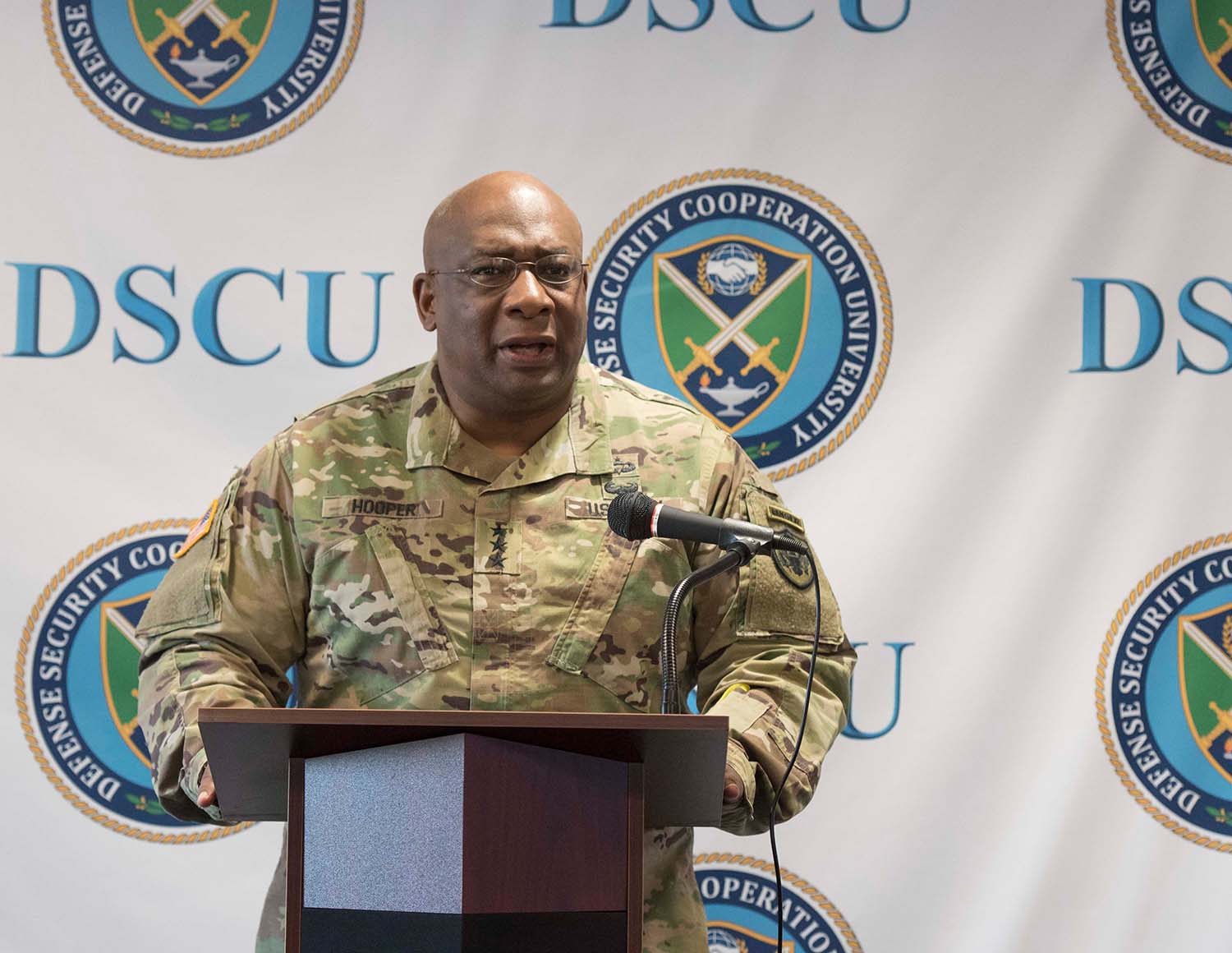 Except for Hooper’s prerecorded remarks, set to livestream at 9 a.m. Wednesday, all featured addresses will include question-and-answer sessions. See the full schedule and details here.

As detailed in his Defense Department biographical webpage, Hooper, a 41-year Army veteran, focused much of his career on Indo-Pacific region U.S. policy, specifically the bilateral U.S.-China relationship, before retiring in June.

Hooper, who like Anarumo hails from New Jersey, is the former director of the Defense Security Cooperation Agency, a 20,000 person self-funding public enterprise generating more than $50 billion in annual revenue. He graduated from the United States Military Academy at West Point and earned a Master of Public Administration degree from Harvard University.

Hooper completed two attaché assignments lasting a collective seven years in Beijing. He also served as the senior country director for China, Taiwan, and Mongolia Policy in the Office of the Secretary of Defense and taught Chinese foreign policy to rising U.S. military leaders at the Naval Postgraduate School.

“We draw our greatest strengths as a fighting force from our relationships with our allies and partners,” McConville said. “They are caretakers of those relationships, they live in those countries, they speak the language, they’re experts in history, culture and foreign relationships.

“Hoop developed a community with the Army that is so successful that it has served as a model for our sister services’ development of their own area officer professionals.”

In an August interview with Defense News, Hooper discussed technology’s importance in maintaining those foreign-nation ties. This is particularly true, he said, with China, and Russia becoming near-peer challengers to the United States as an exporter of arms, especially drones.

“We cannot afford to have delays in when we introduce new technology and when we consider exporting them,” he said. “There are inherent challenges here, between conducting the cost-benefit analysis of risk versus gain, but we have the talent and the ability to rapidly assess these, and to … provide our partners their defense articles and services that they want and that they need, and that will make them better allies and partners for the United States.”