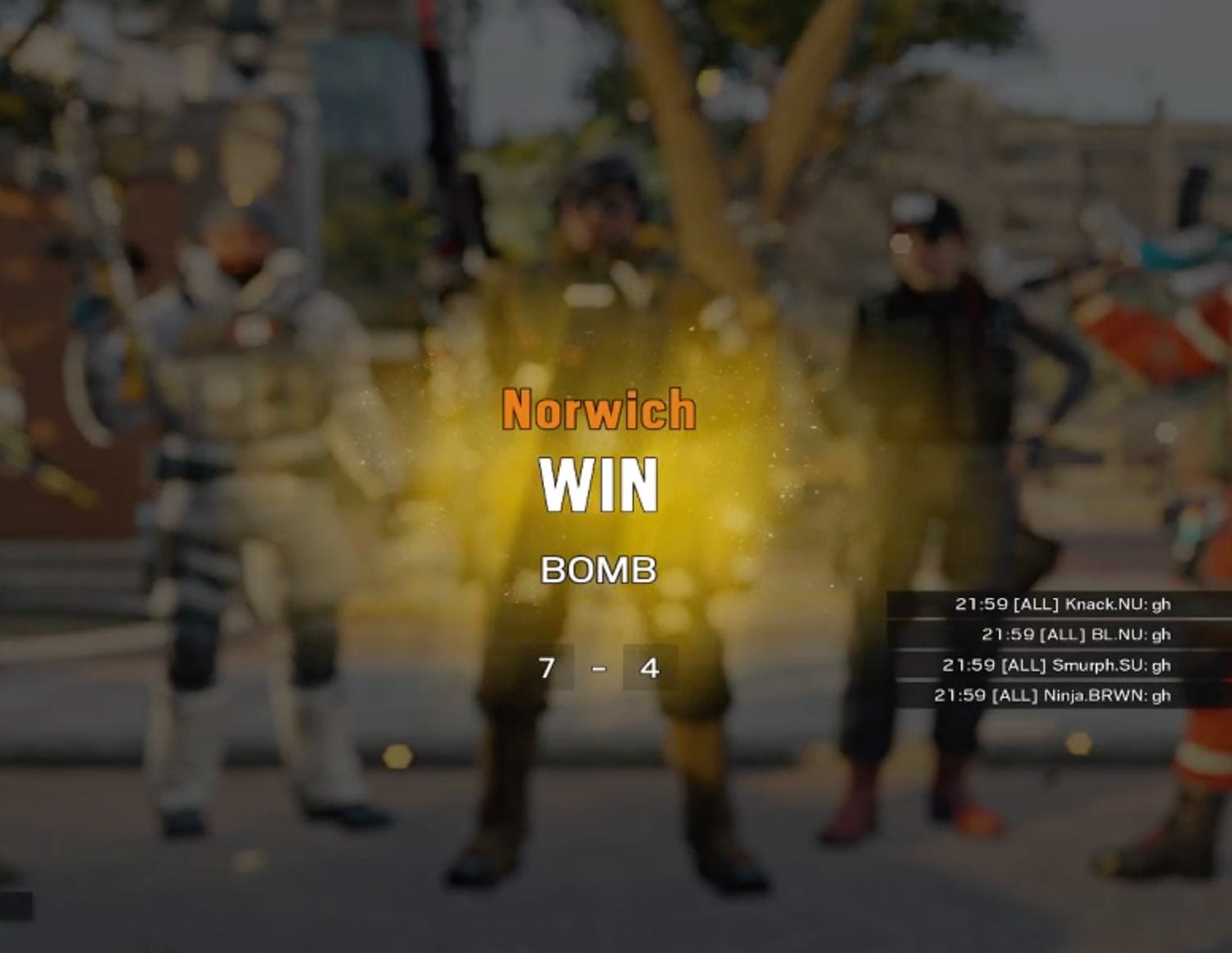 With eyes on screens, hands on keyboards and minds tactically melded, one of Norwich University’s esports teams shot, blasted and stormed its way to a season-opening “Rainbow Six Siege” victory over Brown University on Feb. 12.

Norwich’s esports teams launched in fall 2019 and has matches broadcast on Twitch. A club of League of Legends game players formed a year before the official program launched.

“Rainbow Six Siege” is a worldwide hit. CNBC reported Feb. 10 that the game has reached 70 million registered players, up from 10 million users in November 2016.

“Rainbow Six Siege,” a first-person shooter game released in 2015 and made by Montreuil, France-based Ubisoft, focuses on strategy and team tactics as players become attackers or defenders to rescue hostages, defuse bombs and secure locations.

“We really took in our first map and learned how they were going to play the next maps; we adapted our game play to counter theirs better,” Wright wrote in a Discord post. “We definitely had a few rounds where it came down to our teamplay and us relying upon others to get our backs so to speak and finish out the round.”

In a separate post, Hamilton said the team focused on improving individually and succeeding collectively.

“Everyone we have right now is willing to think analytically about what we need to do to win, and execute on that shared vision,” he wrote. “I never felt we hit a wall where we couldn’t adapt to the way that Brown was playing.”

Hamilton said he hoped the first-match energy would carry forward and the team would continue to succeed.

“I’m personally not satisfied with one good game,” he wrote. “I want to keep the momentum going into the rest of the season.”

In an email, Hansen said he expects esports excitement to build on campus and beyond.

“I don’t think I’m exaggerating when I say that a lot more people are going to start watching,” he said.