She earned her stripes 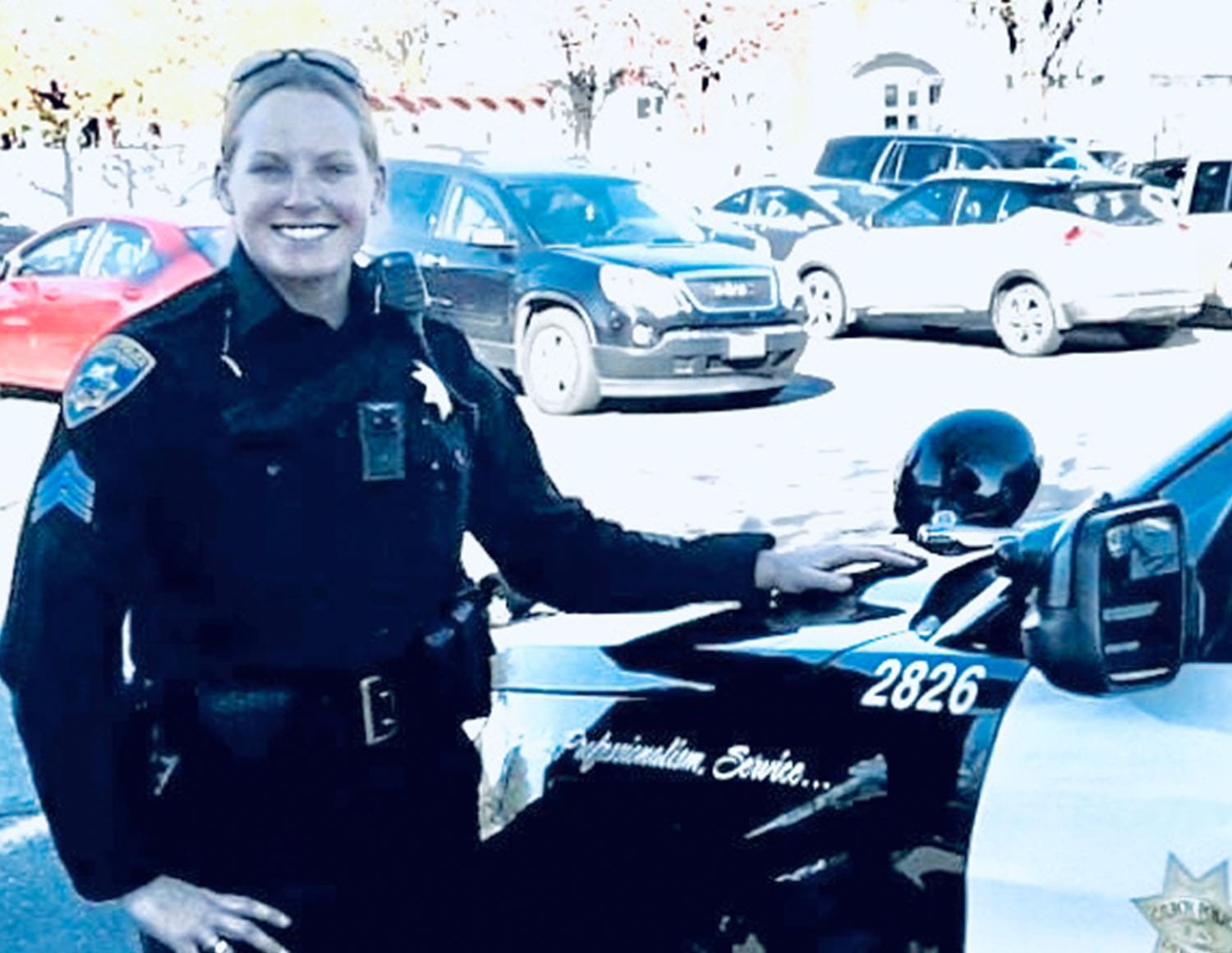 Dawn Delfino has long solved problems and blazed trails. At Norwich University, she joined the women’s hockey club that preceded the women’s varsity ice hockey program. In almost 20 years of policing, she drew on conflict resolution skills to earn Officer of the Year recognition certificates from California’s state Senate and Assembly and the U.S. Congress.

On Nov. 1, Delfino, a 1999 Norwich graduate, earned important stripes, becoming the first woman sergeant in the Gilroy, California, police department’s 62-year history. (She spent 11 months as an acting sergeant before her promotion.)

At Norwich, Delfino showed academic range, earning a Bachelor of Science in biology and a Bachelor of Arts in criminal justice. She said William Clements, now the College of Graduate and Continuing Studies’ dean, and former School of Justice Studies and Sociology Director Stan Shernock inspired her. Then, she went west.

“I see myself as a person who’s there to help you solve your problems when you can’t solve them yourself.”Gilroy Police Department Sgt. Dawn Delfino ’99

After earning a master’s degree in forensics in Sacramento, California, through the University of New Haven’s Henry C. Lee College of Criminal Justice and Forensic Science, she entered policing. She served in the Monterey County Sheriff’s Department (working in corrections), then transferred to the Pacific Grove Police Department (working as a detective and officer). In 2007, Delfino joined the Gilroy Police Department.

Delfino said she loves policing’s physical demands, which draw on her athleticism. (She’d been the first girl to play on Northfield High School’s boys’ hockey team, before playing club hockey at Norwich and later serving as an assistant women’s soccer coach.) She also likes policing’s variety; days and duties are never the same.

But she said she sees herself more a trouble defuser than an edge-pushing crusader.

“I see myself as a person who’s there to help you solve your problems when you can’t solve them yourself,” Delfino said, adding that her empathy-emphasizing mother inspired her. “Isn’t that why people call the police to begin with?”

Sometimes, Delfino said, a police officer’s best tool is her ears. She remembered a recent call from a troubled teenage boy who was feeling isolated and suicidal. His overwhelmed mother divided her attention among many children, he didn’t have a father and he had few friends. The pandemic worsened everything.

Delfino said she went to the teen’s house and listened to his story.

“I’m not just sputtering off what I learned in training; I’m coming at you from the heart with how to solve your problem and how to move forward,” she said, “and understanding that life is hard and it will get better.”

Hailed by the chief

Gilroy Police Chief Pedro Espinoza, who took his post Oct. 1, has worked with Delfino for years and called her an exemplary mentor and teacher to newly hired, impressionable young officers. He said her character shines through in her dedication and willingness to give of herself.

“Aside from her academic intellect, her expertise in areas of use of force and crime scene investigations, Dawn has a contemporary vision and attitude that is needed in our profession,” he wrote in an email. “Her lens is wide and she recognizes the importance of relationships and transparency, both internally and externally.

“Dawn is relentless, she has achieved every professional goal she has set her sights on (regardless of the hurdles). Dawn has earned every stripe and chevron on her sleeves.”

Espinoza said although law enforcement has made strides toward gender equity, there’s a long road to trek. A 2019 survey by the Bureau of Justice Statistics’ Law Enforcement Management and Administrative Statistics found that the percentage of women serving as officers in local U.S. police departments was about 12% in 2016, the most recent year with full national data, up from 10% in 1997. The estimated 57,000 full-time sworn female officers working in 2016 was up about 15,000, or 36% from 1997.

The same data found that less than 3% of police chiefs and 10% of first-line supervisors were women.

Espinoza said the example Delfino and others like her set will restore nobility to policing and attract recruits of both genders.

“It’s been a struggle for women in my organization to get to those higher ranks. The law enforcement profession is predominantly men, so women are working our way in,” she said. “I had to fight that battle to show and prove myself that I’m worthy of the position … I had to establish myself and develop myself and show them I was just as capable of doing the job as men.”

He said she shows current students what they can achieve.

“We are thrilled to see Ms. Delfino has risen in the ranks and is making a mark, not just within criminal justice but also within leadership,” Morris said. “We are very proud of her.”

“Ms. Delfino’s accomplishment is noteworthy,” she wrote in an email, “and hopefully will inspire Norwich students, women and men, who want to pursue careers in law enforcement to follow in her footsteps.”

Delfino, who was known by her maiden name, Dawn Drown, in her Norwich undergrad days, has continued to pursue excellence — studying crowd control and undercover techniques, and sharing her knowledge — teaching introductory courses in forensic science and criminal investigation at Monterey Peninsula College.

She said she wants to show women colleagues who share her leadership ambitions that they can succeed.

“I pray they don’t have the same struggle,” she said. “My message is to believe in yourself and to work as hard as you can to achieve the goal that you have set forward for yourself. Because if you believe, it is possible.”