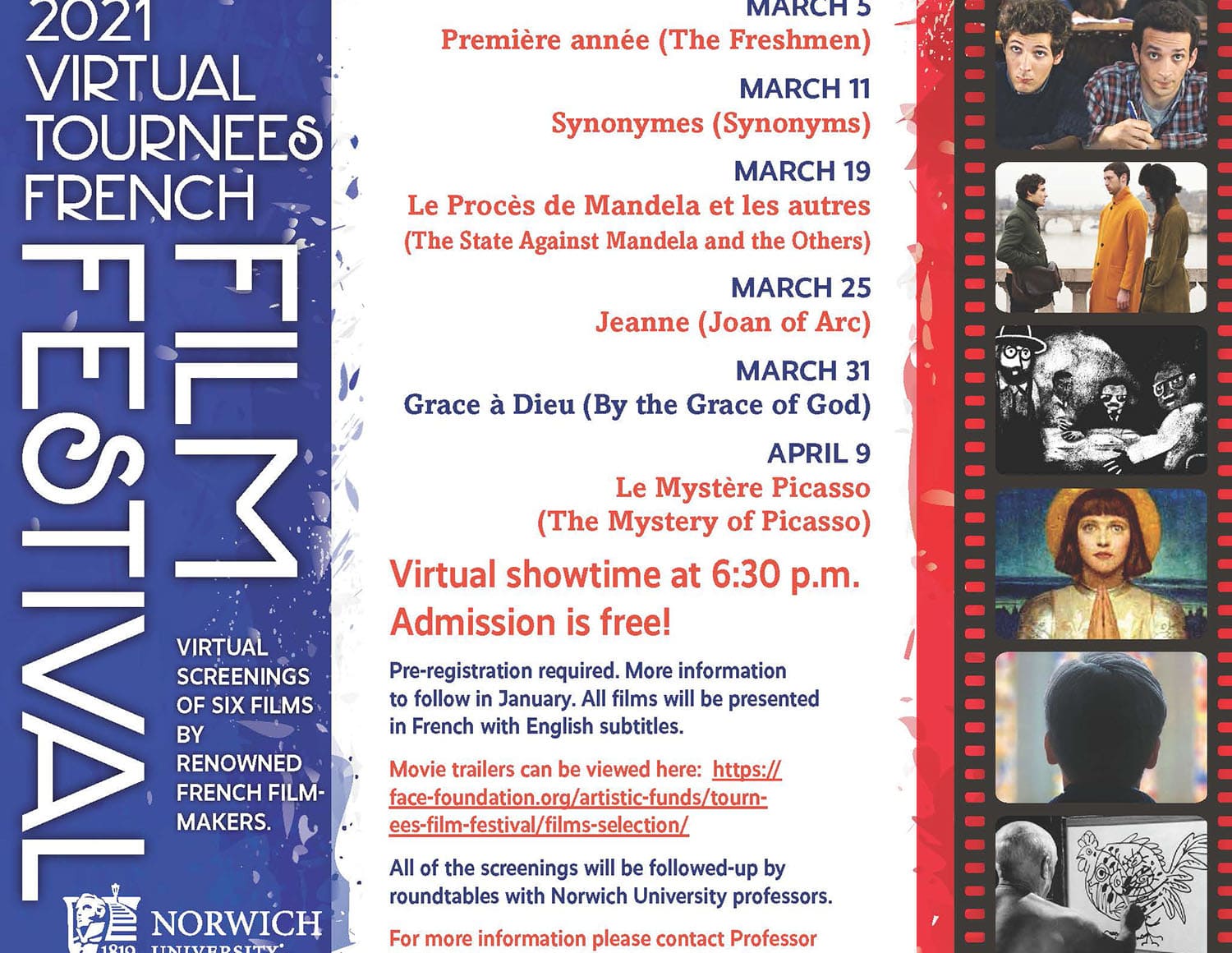 NORTHFIELD, Vt. – Norwich University French Program Director and Assistant Professor of French Dr. Sophia Mizouni was awarded a $2,200 grant from the FACE Foundation to put on Tournées French Film Festival in a virtual format this spring.

The festival, sponsored by the College of Liberal Arts, is making its Norwich University debut. It will feature six French films with English subtitles screened over six weeks online; round-table discussions with Norwich professors will follow each film.

“These films express key issues in contemporary society such as sexuality and gender, family life and class structure, post-colonialism and immigration, and education,” Mizouni said. “The Tournée French Film Festival is a step to sustain discussions on challenging topics and will expose Norwich's community to other perspectives.

“This helps us acquire an understanding of the American regime through the study of another cultural system,” she added. “By learning through the personal experiences of others, whether fictional or real, we can reflect on key ethical issues that shape today's society and on our responsibility as a citizen to help those in need.”

Supporting French-American Cultural Exchange in Education and the Arts (FACE) touts: “Tournées Film Festival is a program which aims to bring French cinema to American colleges and university campuses. Our objective in providing grants every year is to fund festival endeavors that can eventually become permanent and self-sustaining.”

The Tournées Film Festival, founded in 1995, has partnered with over 700 universities, reaching an audience of over half a million students and community members all across the United States.

The festival’s films include:

Details of the screenings, which are free and open to the public, and how to register will be forthcoming.