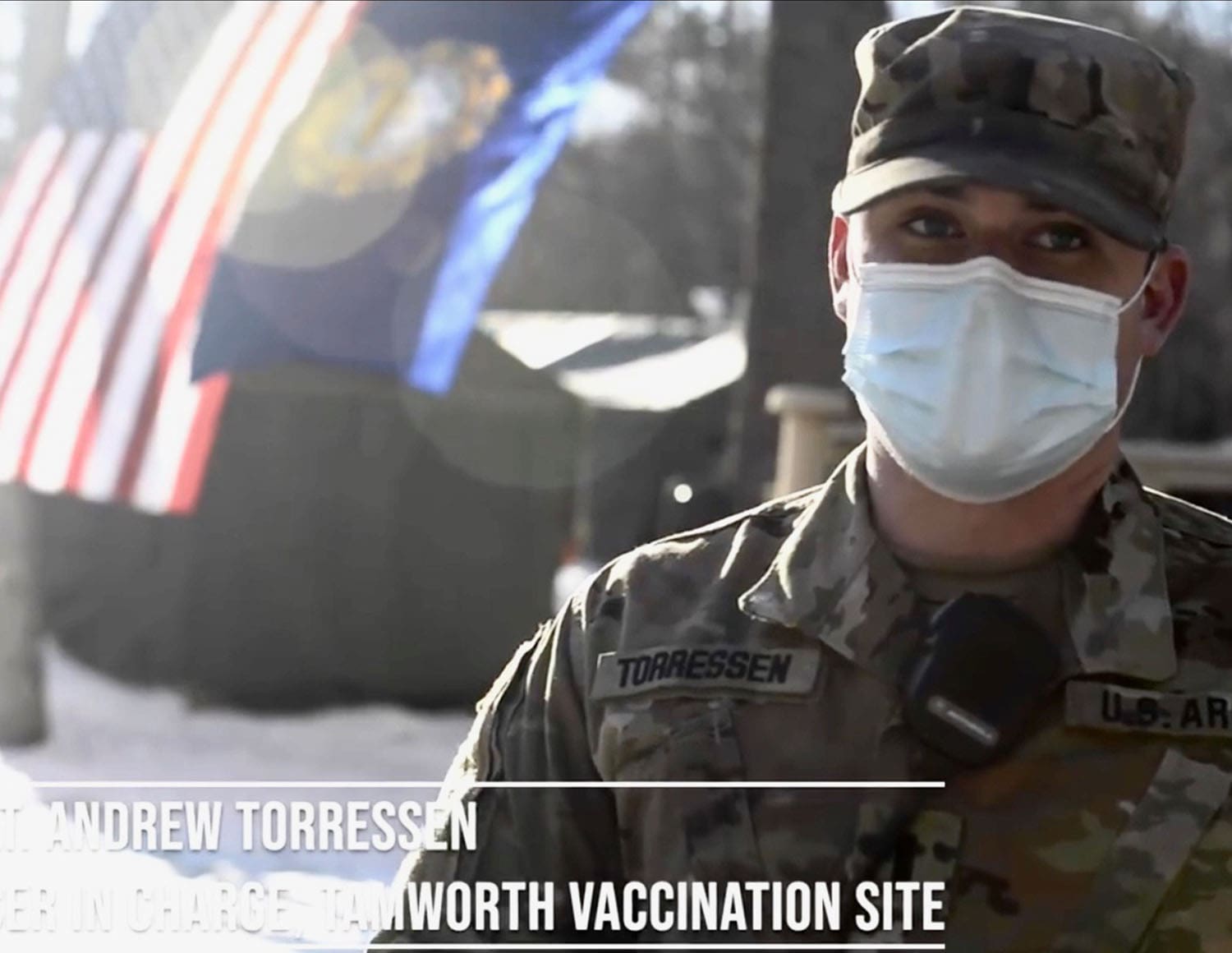 The New Hampshire Guard has coordinated vaccinations at 13 sites statewide, in partnership with the Department of Health and Human Services. In a Jan. 11 Facebook video from Tamworth, New  Hampshire, Torressen described his experience.

“Being in the Guard … you get to serve your community, but here, we’re serving people that we know, that you went to high school with, teachers, my parents’ friends,” Torressen, a U.S. Army 1st lieutenant, who’s been the Tamworth site’s officer in charge, said in the video.

“Being in the Guard … you get to serve your community.”Andrew Torressen ’17, New Hampshire National Guard

On its Facebook page, the New Hampshire Guard said it’s averaged 200 vaccinations a day during the first phase of the state’s three-phase plan, completing 1,590 vaccinations through Jan. 10.

New Hampshire Public Radio said state data showed 39,222 of more than 100,000 people in the first-phase high-risk group had been vaccinated through Jan. 8. State officials have said they hoped to get the full group immunized by Jan. 31.

“This is something that’s never been done before,” said Fullerton, a truck driver for the 744th Forward Support Company. “It’s just awesome to be able to give back to the communities in which we live.”

Torressen said the vaccination push put him at “the breaking point of history.”

He said, “This site is certainly important to this state ... I think nationwide, the vaccine is creating a lot of hope to citizens have been under this COVID cloud for so long.”

READ MORE ON NORWICH EFFORTS TO MITIGATE THE PANDEMIC: