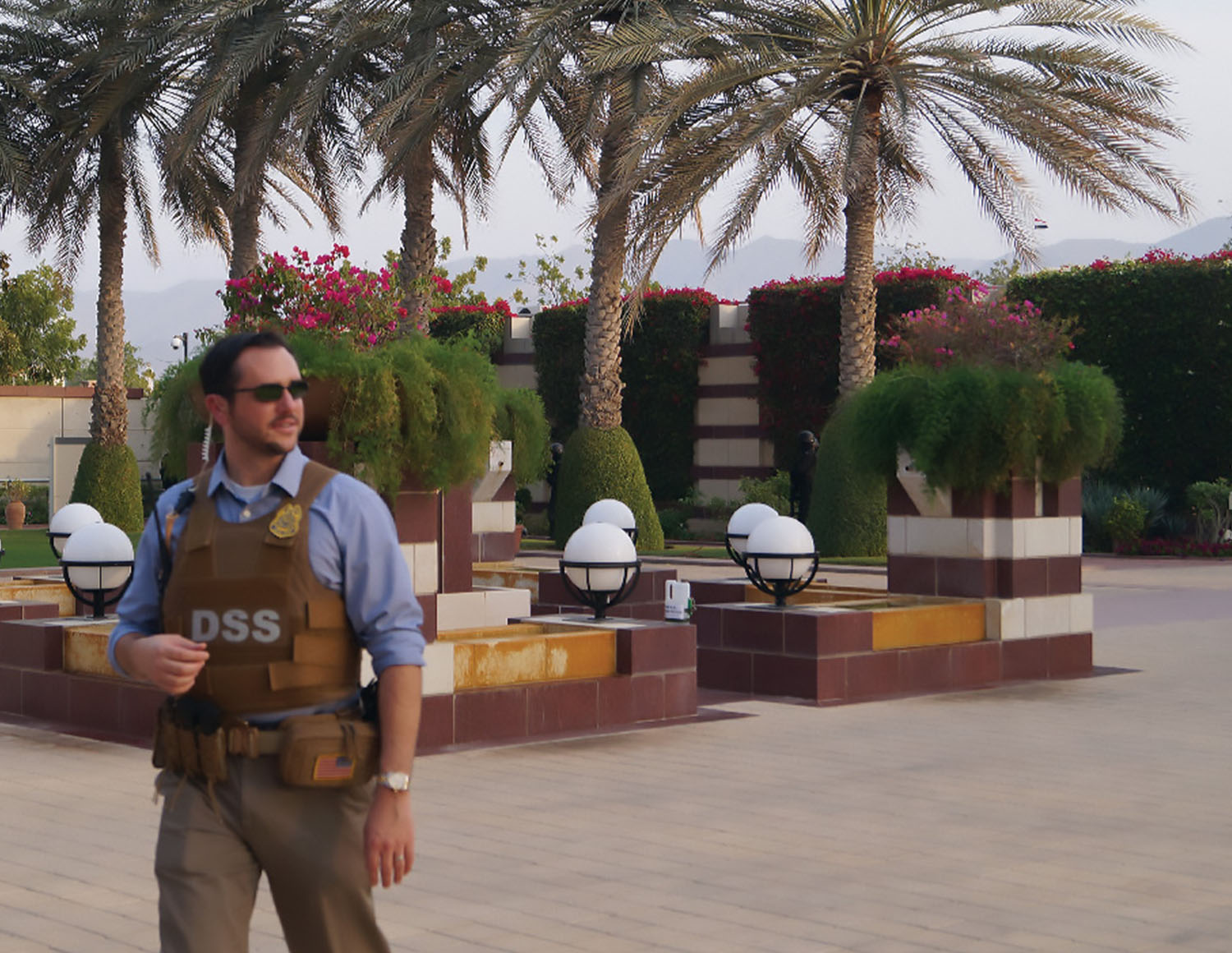 Ruling majorities often push dissenters to the margins (and into the historical dustbin). But a Norwich alumnus who earned two master’s degrees at the university won an American Foreign Service Association award for disagreeing agreeably.

David Heddleston, a supervisory special agent for the State Department’s Diplomatic Security Service, last month received the association’s W. Averell Harriman Award for Constructive Dissent. In an eight-page cable sent in December 2019, Heddleston, who earned master’s degrees in criminal justice administration and diplomacy in 2019 and 2020 through the College of Graduate and Continuing Studies, urged the State Department to re-examine overseas security measures.

“No doubt, my studies at Norwich … equipped me with the ability to draft cogent, documented, researched and poignant products which directly transposed from the theoretical into the practical realm.” David Heddleston M’18 and ’19

On its website, the Washington, D.C.-based association said the constructive dissent prize goes annually to a foreign service specialist who has exhibited extraordinary accomplishment involving initiative, integrity and intellectual courage in the context of constructive dissent.

“Some posts argue insufficient vehicles exist, while others have plenty of vehicles but refuse to allow DSS agents to utilize them,” he told the journal. “Foreign policy and fiscal budget planning remain lacking in this regard.”

In his August email to Tchantouridzé, Heddleston said his cable stirred action in early 2020, reaching the undersecretary for management and the assistant secretary for diplomatic security. Leaders convened to review his points and devise an action plan, Heddleston wrote.

“No doubt, my studies at Norwich … equipped me with the ability to draft cogent, documented, researched and poignant products which directly transposed from the theoretical into the practical realm,” Heddleston wrote. “As I reached the midpoint of my career, I observed the value for constructive dissent and admired my colleagues who took the courage to point out issues and deficiencies, but also took the steps to offer recommendations and the means to resolve such issues.”

“By the time they are done, they would have written 60,000 to 90,000 words — a medium-size book,” Tchantouridzé said “The diligent students like Dave use this opportunity to hone their written communication skills so that the knowledge they acquire in our university is put to proper and effective use.”

He said dissent cable authors need two essential skills: writing clear enough to outline the problem with the current policy and its potential remedies and enough restraint to emphasize the “constructive” in “constructive criticism.”

“Those resorting to the dissent channel will do well to keep in mind that those in Washington who read these cables may not be intimately familiar with the problem,” Tchantouridzé wrote. “It is never a good idea to be carried away with the ‘criticism’ aspect of the message.”

“I am not the only member of the Foreign Service to vocalize concerns over DSS’ ability to deliver effective service to our constituents abroad,” he told the journal. “It is the actions of my dedicated colleagues and senior leadership in response that make my dissent relevant.”

Heddleston, who earned a bachelor’s degree in criminology from the University of South Florida, enlisted in the U.S. Army Military Police Corps in 2001 and rose to the sergeant’s rank. He did two tours of duty during Operation Iraqi Freedom and served abroad in Iraq, Nigeria, Libya, Kenya and Oman. He served domestically at the State Department’s Diplomatic Security Service’s Washington Field Office, the Office of Special Investigations and the Office of Protective Intelligence Investigations.