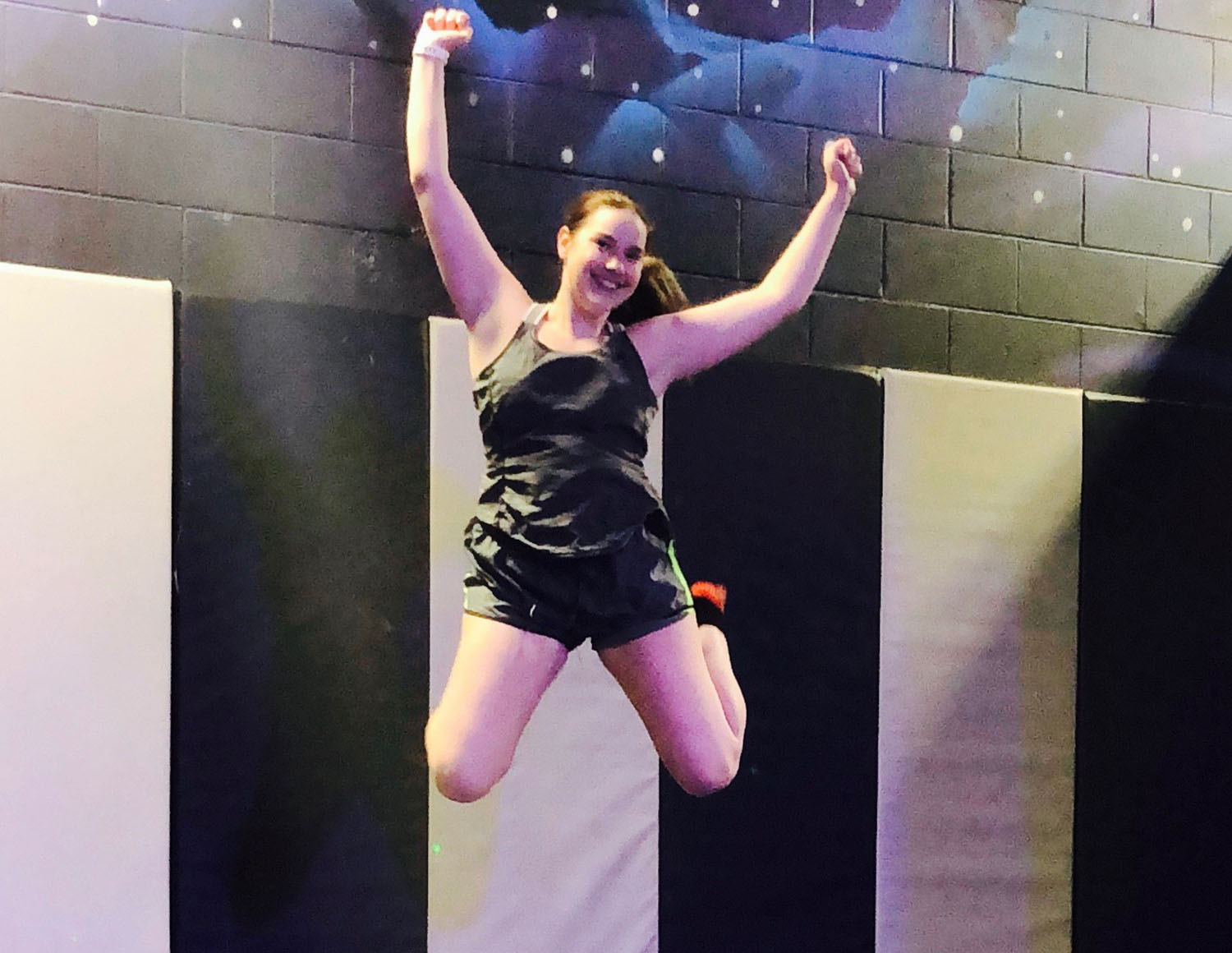 When Callista Lemieux was a girl growing up in Derry, New Hampshire, she often watched her older brother wrestle, something he’d done since he was 3. She said she remembered hanging around his matches, loving the energy and deciding she needed to take the mat herself.

Lemieux, a Norwich University senior majoring in physical education, has competed in all sorts of sports — wrestling, kickboxing, karate, judo. In high school and university, first at Colby-Sawyer College in New London, New Hampshire, and then at Norwich, she swam, competing in freestyle and backstroke for the Cadets. She has also played women’s rugby for Norwich.

“Whenever I was stressed out at home, stressed out in school, I knew I always had some sort of practice to go to later on, which always gave me the push I needed to keep going.”Callista Lemieux, Norwich multisport athlete

In October, the Society of Health and Physical Educators, aka SHAPE, of Vermont, a nonprofit group devoted to health and physical education teachers, lauded Lemieux, naming her Outstanding Future Professional. Norwich Health and Human Performance Lecturer Scott Maxham nominated her.

Lemieux accepted the award during the SHAPE Vermont conference, which ran virtually Oct. 21 to Oct. 23. It was the second consecutive year Lemieux attended the conference, operated by the society, which represents more than 300 professional and health and physical education preprofessionals and provides advocacy and training.

Lemieux said she’s eagerly seized learning opportunities. In high school, at Next Charter School, in Derry, New Hampshire, she helped “Who Am I? Why Am I Here?,” which explored social media’s effect on young people. At Norwich, she swam, danced (becoming Ballroom Dancing Club president), performed with the Pegasus Players theatre troupe and attacked academics with gusto.

“I’m one of those students that right when an assignment’s out, I immediately will complete (it) and try to submit it early. I’m always looking for feedback,” she said. “And I love taking the opportunities to teach and work directly with students. If the teacher allows me to help teach a class or do assessment, I’m always one of the first … to enjoy jumping into that.”

In front of the class

Lemieux said that in the past year, she co-taught a playground parachute class at a Barre, Vermont, elementary school and observed teachers in Vermont and New Hampshire, sitting in on physical education classes in Londonderry High School. Working at the high school, she said, introduced her to adaptive physical education.

Lemieux, who will student-teach in the spring, is living in North Carolina near Fort Bragg, where her new husband, Norwich Class of 2020 graduate Gerard Whalen, is stationed after commissioning into the U.S. Army. (They married in May.) She said she hopes the SHAPE Vermont honor will help in her hunt for full-time postgraduation teaching work.

“Callista is the ‘whole ‘package’ — Her academic skills are superb … she is reflective, kind, and her extensive experience working with young people makes her a ‘firecracker’ teacher,” Fuller-Young wrote in an e-mail. “Callista pays attention to detail, and she plans thoroughly for instruction.”

“She shows up willing and ready to work with others and prepared to contribute in a meaningful way,” Blodgett wrote in an email. “She was engaged in academics, athletics, and clubs, and she used the strength of her community to build a safe space where success was inevitable. This together with her work ethic and her positive attitude helped to build her tremendous success at Norwich.”

A source of solace

Lemieux said athletics have shaped her success and delivered solace.

“Whenever I was stressed out at home, stressed out in school, I knew I always had some sort of practice to go to later on,” she said, “which always gave me the push I needed to keep going.”

Lemieux said competing in male-dominated sports, like wrestling (and once attending a Maine wrestling camp for girls led by world championship competitor Deanna Rix Betterman), taught her that excellence shouldn’t tie to gender. She never wanted to be called a great women’s athlete, she wanted to be called a great athlete, lauded for strength, skill and technique. She said she minds this idea when coaching female athletes.

Lemieux said she also focuses on progress. Win-first fixations, she said, can sour athletes on sports and make practice seem like a job, not a pleasure or pastime.

“And, next time,” she added, “I’m going to encourage you to climb one step higher. That’s it, just one step.”