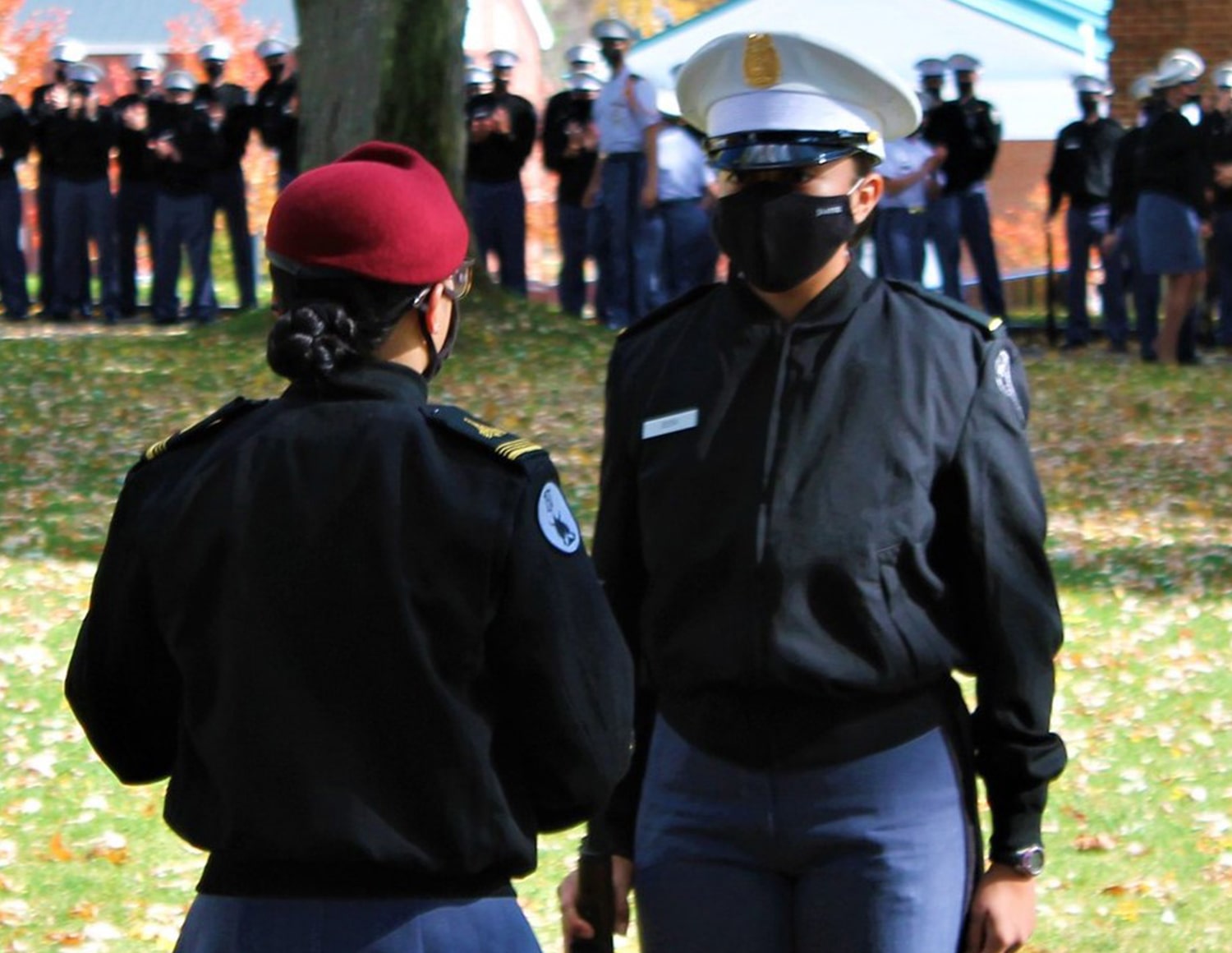 NORTHFIELD, Vt. — Citlaly Sosa was the last recruit standing at the conclusion of Norwich University’s annual military and drill ceremony competition held during Parent and Family Weekend in October.

The Rook Knock Out Drill Competition was to determine the best rook (first-year cadet recruit) who could listen to commands and execute the proper stationary military drill movement under arms, with an M14 rifle, flawlessly. While the commands began slowly, they were given more rapidly as the other recruits were eliminated.

“I did not believe I was going to win because my peers were just as good as I was. My nerves were up,” said Sosa, an 18-year-old from Baltimore City, Maryland. “I am very proud to have represented my company and platoon.”

During Norwich’s virtual Parent and Family Weekend, 144 recruits competed for the best in precision stationary drill carrying a M14 rifle.

Military drill and ceremony is an integral part of a military cadet life. It helps develop pride and confidence in their actions, fosters professionalism and, most importantly, teaches teamwork. New recruits learn stationary drill such as the position of attention, parade rest and saluting, along with movement drills such as marching, turning and flanking.

During Norwich’s virtual Parent and Family Weekend, 144 recruits competed for the best in precision stationary drill carrying a M14 rifle. Facing rapid commands from a cadet leader from Drill Team Company, the best recruits from all five cadet training companies executed each movement; the slightest mistakes bounced them from the competition.

“I am so glad RCT Sosa’s hard work has paid off for her,” said Cadet Capt. Mollie Coltey ’21, Sosa’s commanding officer. “Drill and ceremony is far from the only thing she excels at. I hope that her success will inspire her peers to work hard and work together.

“She demonstrates precisely what CTC-1 stands for: personal discipline, professionalism, and the desire to constantly better yourself,” Coltey said. “Congratulations RCT Sosa!”

About Norwich University
Norwich University is a diversified academic institution that educates traditional-age students and adults in a Corps of Cadets and as civilians. Norwich offers a broad selection of traditional and distance-learning programs culminating in baccalaureate and graduate degrees. Norwich University was founded in 1819 by U.S. Army Capt. Captain Alden Partridge and is the oldest private military college in the United States. Norwich is one of our nation's six senior military colleges and the birthplace of the Reserve Officers’ Training Corps (ROTC). www.norwich.edu