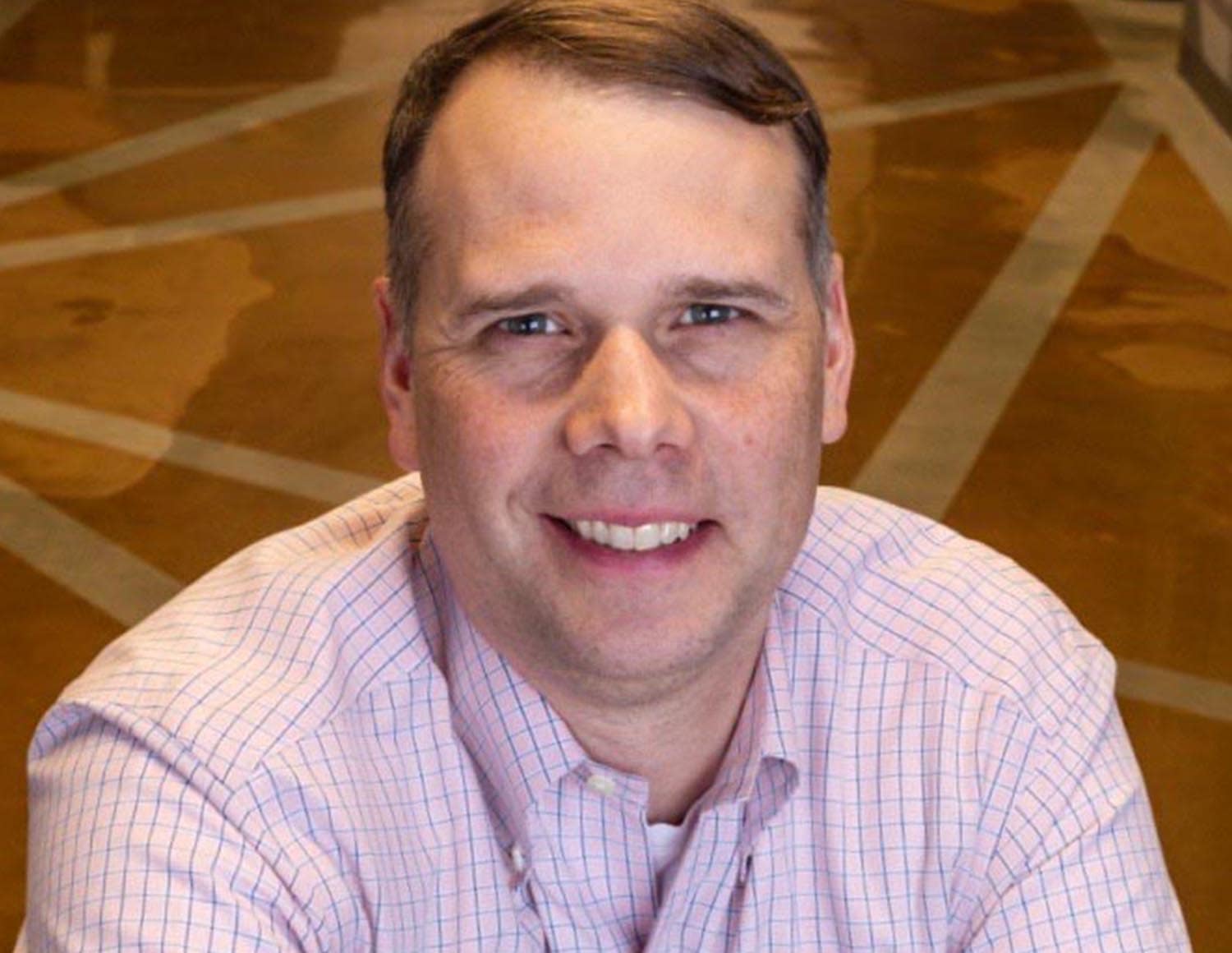 The Norwich University Board of Fellows, a volunteer organization, fosters and advances the university’s welfare, particularly academic programs. It awarded Allen the Outstanding Service Medallion for over 11 years of service to the board. Allen was also honored for his service on the Norwich University Alumni Association as vice chairman of the NU Club of Washington, D.C. (Allen, who once lived in Upton, Massachusetts, now lives in Fairfax, Virginia.)

Allen, a 1990 graduate of Blackstone Valley Regional Vocational Technical High School, has overcome many challenges. He was technically deaf until age 4, when surgery restored his hearing. In high school, he was on the Student Council, cross-country and track and field teams. He was also active with the Boy Scouts of America, achieving the rank of Eagle Scout.

Jonathan Allen, a 1994 Norwich University graduate has overcome many challenges.

At Norwich University, Allen overcame even more challenges when he was diagnosed with dyslexia. According to the award commendation: “Like everything in your life, nothing could slow you down as you went on to excel at Norwich.”

At Norwich, Allen was involved with the Ranger Platoon and Military Police Unit. He earned the rank of regimental executive officer, second in command among student leaders in the Corps of Cadets. He also served as the U.S. Army ROTC battalion commander, overseeing 450 Army cadets in his senior year. Allen graduated in May 1994 with a Bachelor of Arts in political science.

Upon graduation, Allen entered the U.S. Army, becoming an Airborne Ranger qualified infantry officer with assignments in Georgia, Korea, Washington, D.C., and Texas. Allen also served as the senior army White House Social Aide to President Bill Clinton. He is now an executive with Amazon Web Services and one of its senior leaders supporting the automotive industry, shaping the future of smart manufacturing and autonomous vehicles using the cloud.

Allen, who earned a Master of Arts in security studies from Georgetown University in 2006, is a married father of two children.

The award commendation reads: “In recognition of your contributions to Norwich University and to the Board of Fellows, and to your ongoing commitment to leadership and service, both professionally and personally, the Board of Fellows is proud to award you with the highest honor, the Outstanding Service Medallion.”

The Board of Fellows Medallion Award is presented annually to people who have contributed, over an extended period, much of their time, talent and other services to benefit Norwich University, thereby furthering Norwich’s goals, ideals and mission. The award is closely allied with the service or achievements of the awardee and recognizes Norwich’s long-standing tradition of leadership through service.

Along with his volunteerism on alumni boards, Allen also serves as a Garrison Associate, One-Star General Member of the Partridge Society and gift chairman for the Class of 1994 Class Reunion Committee.

Norwich University is a diversified academic institution that educates traditional-age students and adults in a Corps of Cadets and as civilians. Norwich offers a broad selection of traditional and distance-learning programs culminating in baccalaureate and graduate degrees. Norwich University was founded in 1819 by U.S. Army Capt. Alden Partridge and is the oldest private military college in the United States. Norwich is one of our nation's six senior military colleges and the birthplace of the Reserve Officers’ Training Corps (ROTC). www.norwich.edu

Media contact:
Daphne Larkin
802-485-2886
This email address is being protected from spambots. You need JavaScript enabled to view it.
Follow us on Twiter @NorwichNews