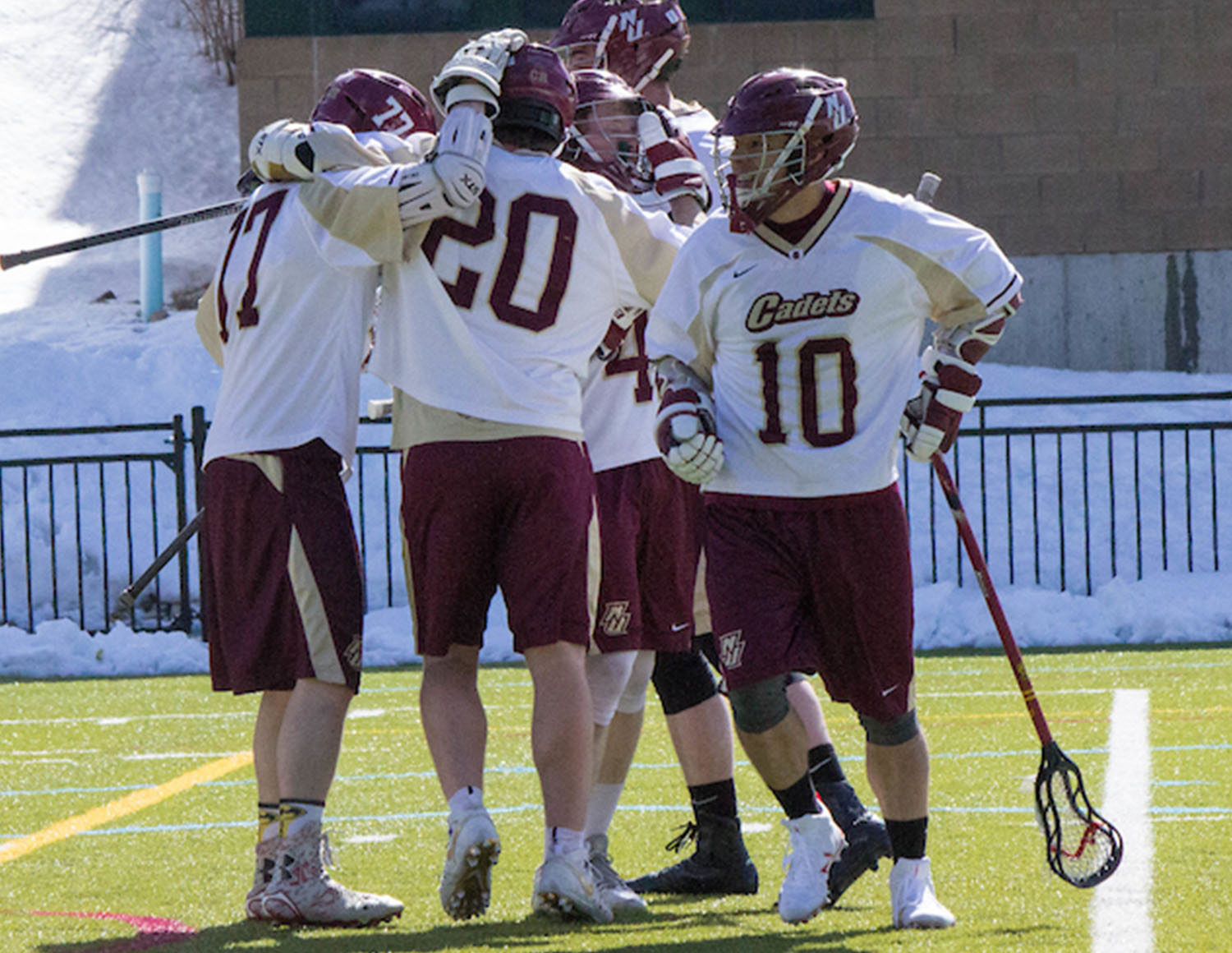 NORTHFIELD, Vt. — Donor counts exceeded goals for the third consecutive year and money raised set a record in the five-day Maroon and Gold Challenge, a fundraiser for Norwich University athletics.

During the campaign, which ran Nov. 2 to Nov. 6, 903 donors gave $64,849 that will go into the 20 varsity teams’ fundraising accounts to support student-athletes’ pursuit of success. Sixteen of Norwich's 20 varsity athletic programs exceeded $1,000 in donations. Twelve reached the individual-sport goal of 25 donors each; three had 24 donors.

In its three years, the Maroon & Gold Challenge has raised more than $160,000 to support Norwich University student-athletes.

“There was definite uncertainty around this year's Maroon & Gold Challenge,” Maroon & Gold Athletic Association Assistant Director Paul Morgan said. “Our teams have not been able to compete for eight months and it has been a hard time on everyone.

“The Norwich Athletics family went above and beyond for our student-athletes and we are so appreciative of their support,” Morgan added. “These gifts help provide the extra resources needed for our teams to give the Cadets a sense of normalcy in seasons that have been anything but normal.”

For the third consecutive year, the men’s lacrosse team generated the most donors and the most money — 207 donors gave $12,189 that will go toward purchasing new biometric feedback equipment.

Men’s and women’s swimming and diving raised the fourth-most money, combining for $5,296 from 81 donors. Men’s hockey finished fifth in money raised, with $4,950 from 63 donors.

The women’s hockey team finished sixth overall, and first among women’s teams, in money raised, with $4,370 from 66 donors.

Volleyball had the second-most donations among women’s sports with $2,325 from 31 donors. The totals were the highest ever for volleyball in the competition’s three-year history. The team raised more than $2,000 more than in 2019 and drew four times as many donors. 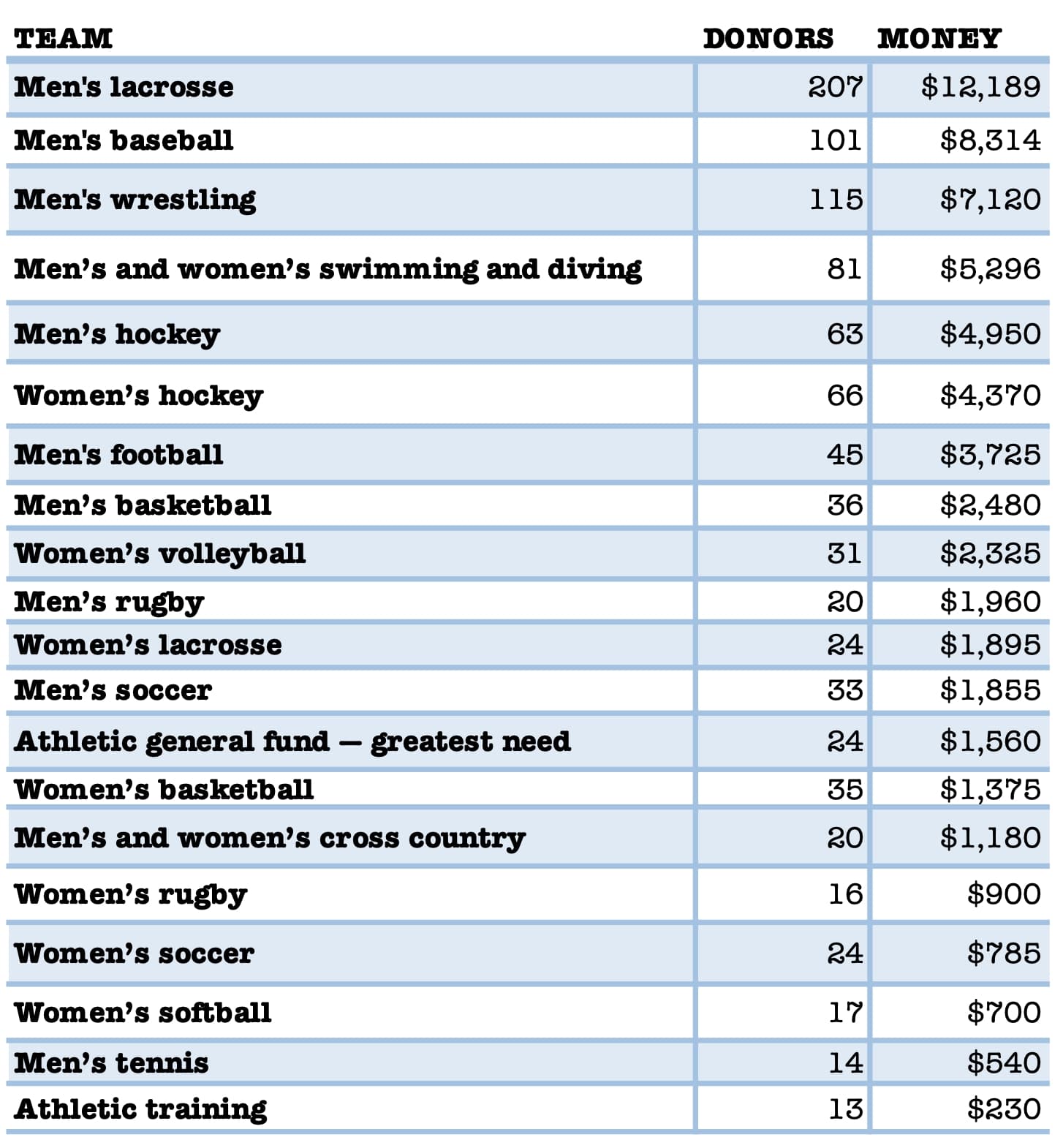