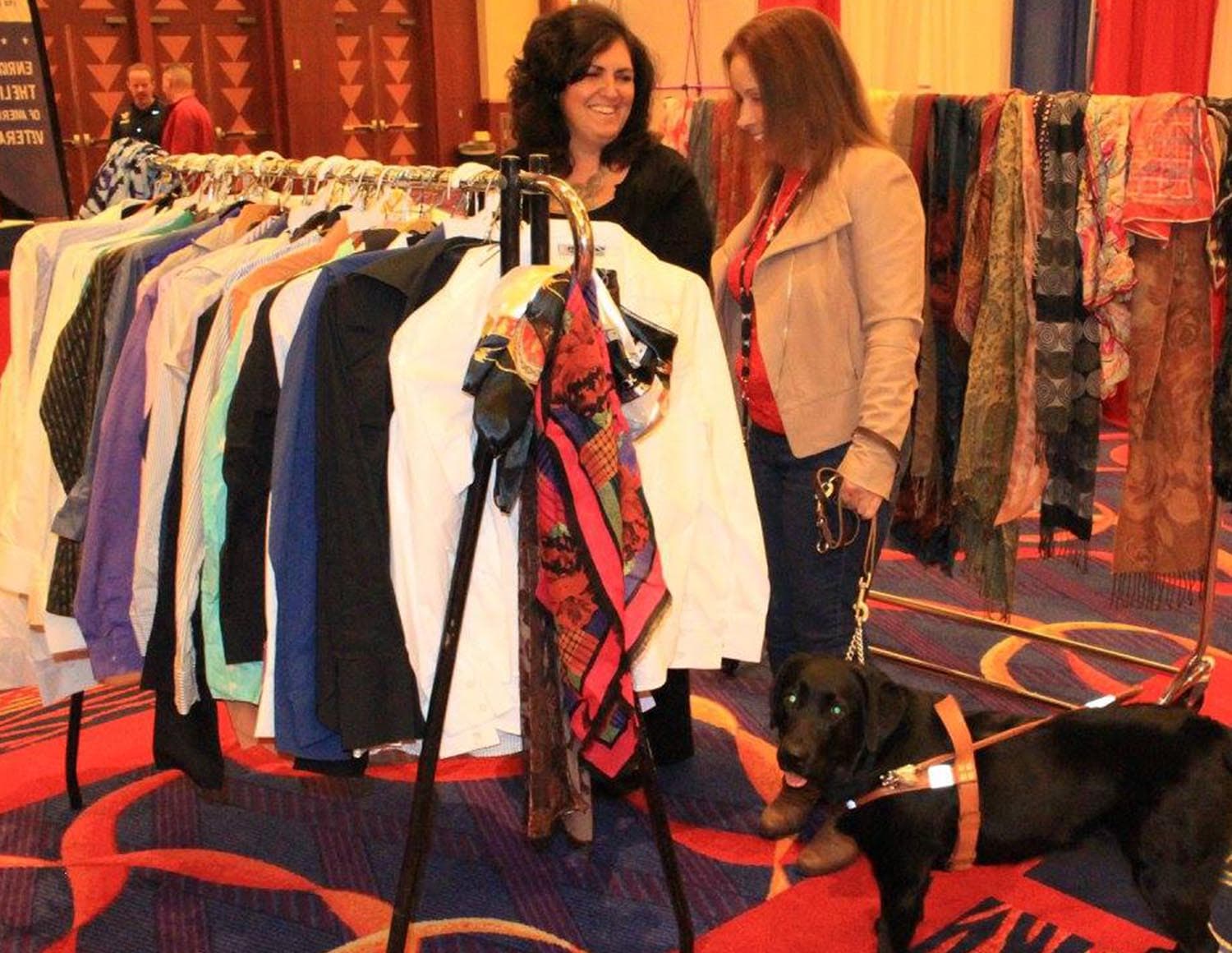 When the coronavirus pandemic pushed Andrew VanMeter out of an e-commerce job in March, he wasn’t sure what he’d do, but he hoped he could pursue a passion for the military and service he’d learned when he majored in peace and war at Norwich University. At Norwich, the 2014 graduate had spent lots of time around future servicemembers and he had military ties in his family — one grandfather served in the U.S. Army, one in the U.S. Navy.

When a job opened in September at Save A Suit, a Bethel, Connecticut, nonprofit that donates fit-for-business suits and supports veterans, VanMeter pounced. As a channel marketing specialist, the 2014 Norwich graduate is spending this Veterans Day helping interview clients, take measurements and arrange shipments to get the right clothes to servicemembers.

“It’s a fantastic mission that’s so important. If I could help our military, I wanted to, 100 percent.” Andrew VanMeter ’14 of Save A Suit

“After I got out, I always wanted to serve again, but I wanted to do it in a different way,” Sokolowski said, recalling the year he started Save A Suit. “I remember watching TV and I just couldn’t believe … veterans weren’t getting jobs. They sacrificed their lives for our freedoms and they’re not working?”

Sokolowski said Connecticut communities have been hungry to help veterans, and Save A Suit has made it easy, by collecting donations of gently used, high-quality business attire for transitioning service members of both sexes. The organization gives some of the donated suits, which it gets from individuals and businesses, free to veterans and sells some online to raise money to support its programs. Corporate partners have included drugmaker Pfizer, health insurer Cigna and the Mohegan Sun casino.

Meeting vets where they are

Sokolowski’s group sometimes connects with veterans through live events, as they did Saturday with a physically distanced appearance at the sixth-annual Vet Rocks at the Earth Expo & Convention Center at the Mohegan Sun in Uncasville, Connecticut. Save A Suit also ships suits to veterans. On its website, Save A Suit said it has helped more than 5,000 veterans to date.

In testimonials, veterans wrote that getting the clothes, and help, boosted their confidence.

“I have never met a more enthusiastic group of people than the volunteers at Save A Suit … My fitting was fantastic,” wrote Terrence, a Navy veteran. “They take a vet who has known nothing but a military uniform for four to 20 years and put them in a professional uniform. They prepare them for the next phase of their life.”

Geoff, another Navy veteran, wrote, “You have not only given me the first suit I ever owned, but the personal experience of shopping and feeling like a million bucks.”

VanMeter, 28, worked for several companies, including American Laboratory Trading, where he’d been a marketing assistant and auction coordinator, before landing at Save A Suit. The new gig, he said, served his passions for e-commerce and supporting armed forces members.

“It was a no-brainer,” he said. “It’s a fantastic mission that’s so important. If I could help our military, I wanted to, 100 percent.”