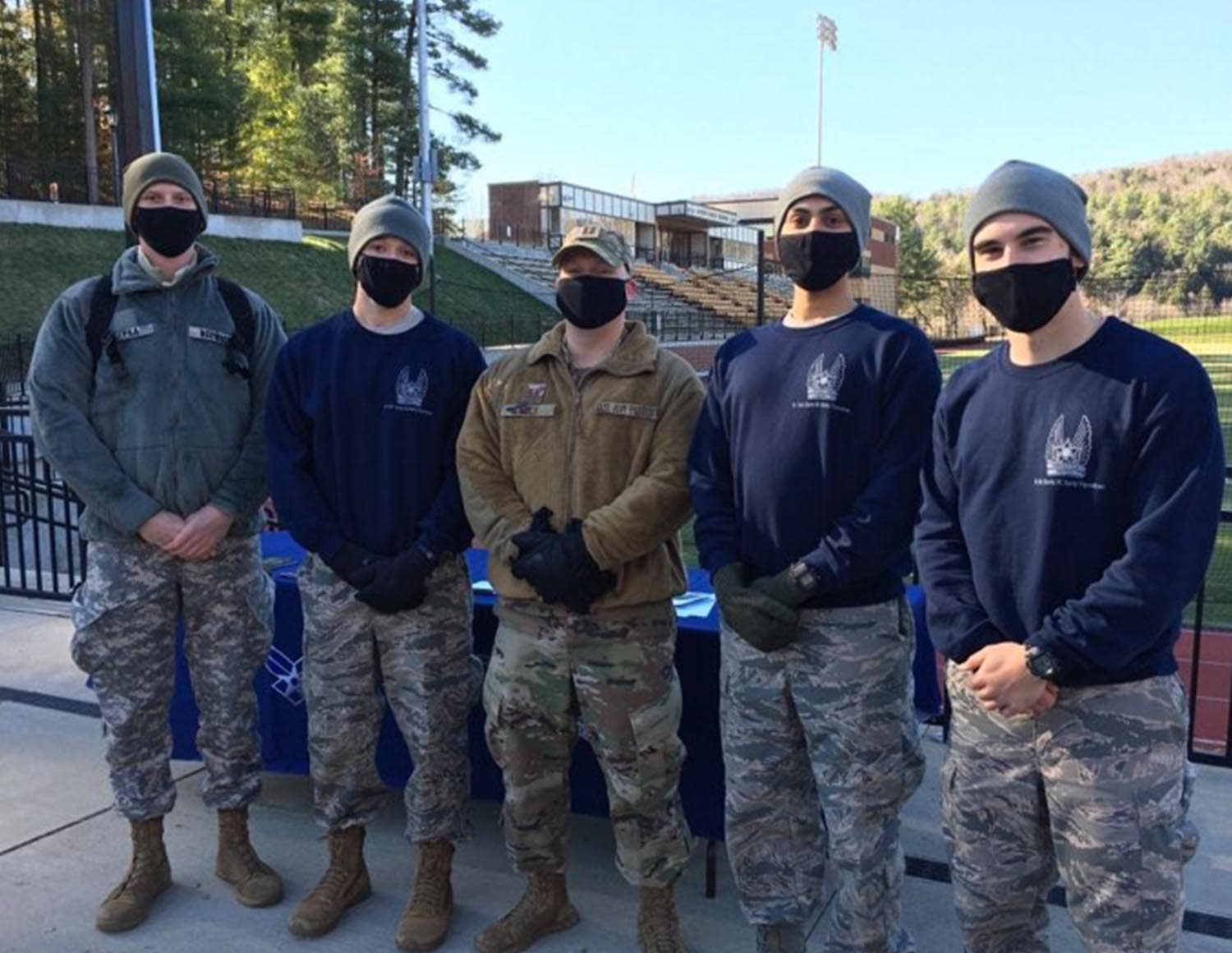 It was the second veterans-focused fundraiser by Norwich students in less than a week. This past Saturday, during a coronavirus pandemic-adjusted one-day version of the 11th annual Legacy March, 48 marchers went 18 miles and raised $5,300 for The Veterans’ Place, a Northfield, Vermont, nonprofit, 26-bed, substance-free, transitional housing program.

“What was very memorable was how cold it was in the morning. We had to endure through it, and runners pushed themselves through it as well.” Steven Gaskill, Arnold Air Society Kelly Squadron

Hayley Zwickel, a junior psychology major who went on the Legacy March, said she and her fellow marchers showed Norwich ‘s trademark perseverance.

“That we were able to pull off any kind of March and raise the money that we did is a testament to the hard work of the committee members and the people who volunteered to participate,” said Zwickel, who is contracted with the U.S. Air Force. “Our goal throughout all of this was to still provide the Veteran’s Place with a donation despite our environment being what it is.”

In the Arnold Air Society run, held at the track ringing Sabine Field at Haynes Family Stadium, contestants ran (or walked) in 30-minute increments, counting laps as they went. In all, Steven Gaskill, a junior majoring in studies in war and peace and the squadron’s public affairs officer, said runners completed 904 laps.

“What was very memorable,” Gaskill wrote in an email, “was how cold it was in the morning. We had to endure through it, and runners pushed themselves through it as well.”

“The miles ran were way higher than expected,” Gaskill wrote. “People were very excited to come out and run in support of the fundraiser. The enthusiasm was great.”