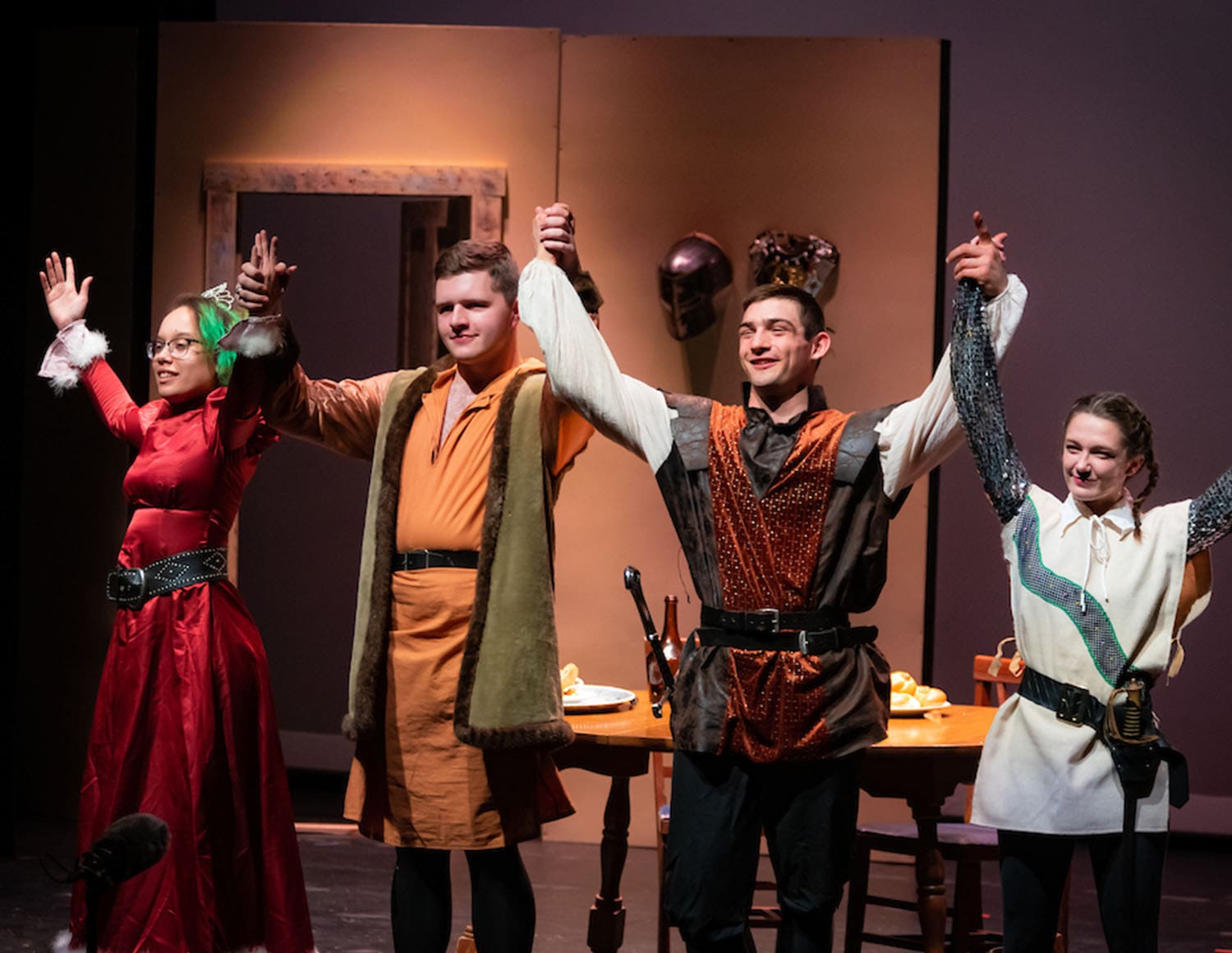 Did you just see a ghost? No? Well, if you’re craving a spectral sighting, Norwich University’s Pegasus Players will deliver a few Saturday, just in time for Halloween.

The performance is viewable at 7:30 p.m. Saturday on GoToMeeting.

“We can’t stop living our lives and let this pandemic win. By doing this show, even with the circumstances, we are proving we are stronger than ever before.” Chey Khoury ’21, Pegasus Players troupe member

Because GoToMeeting was also the troupe’s rehearsal medium, Casey said, the actors had to rethink their performance approach. He said they adapted resiliently.

“Everyone is visibly exhausted by the time we get together in the evenings, and since we are all seated in front of computers, it’s a challenge to punch up the energy and creativity,” Casey wrote in an email. “The basic solution is always the same: push the actors to make specific choices and dig deep into the characters.

“The imagination is the fire for exciting performances,” he added, “regardless of the medium.”

Chey Khoury, who directed one of the festival’s plays, said the troupe proved it could overcome the pandemic’s obstacles and follow “the show must go on” maxim.

“We can’t stop living our lives and let this pandemic win,” Khoury, a senior criminal justice major, wrote in an email. “By doing this show, even with the circumstances, we are proving we are stronger than ever before. We need to remind others they are not alone even we if we can’t be near each other.

“All it takes is a little hard work and something amazing can happen just like this production.”

He said he watched other performances for inspiration.

“I got into character by looking back at some of the actors/films I love so much such as horror movies, as this is a Halloween play,” Schultz wrote in an email. “This helped to bring a thriller and scary mood.”

“I’m really excited to see what the audience is going to think about the show,” she wrote in an email.

Watch one of the plays in “Ghost Story” here.

As a follow-up to the suicide prevention-oriented Arnold Air Society 22-hour run taking place Saturday, the Alumni and Family Relations Office will address the topic in a Wednesday “Legacy of Learning” session on Thursday.

Dizon, who served with the U.S. Marine Corps in Iraq, said in June that it’s important for veterans and Norwich, which prepares leaders, to discuss suicide, difficult and wrenching as it is. Dizon recalled feeling particularly sad at the funeral of a fellow armed forces veteran who had talked to neither his father nor his friends before killing himself.

“I remember thinking, ‘He didn’t call any of us,’” said Dizon, who is on the board for Norwich University Alumni Association and leads its Events Committee. “And I made sure I put my number out there and said (to the people I was with), ‘Guys, if you’re ever feeling in the funk, call us. Let us know it’s serious.’ I’ll drop everything to talk to you and I know there are lots of guys and gals out there who will do the same.”

The session, from 4 to 5 p.m., continues a discussion from a similarly-themed “Legacy of Learning” session from June.

The Counseling and Wellness Center will help everyone breathe a little easier with a virtual mindfulness mediation webinar from 2 to 3 p.m. Monday. The Admissions Office will offer fiscal wisdom in a virtual financial aid webinar for prospective students from 9 to 10 p.m. Wednesday.