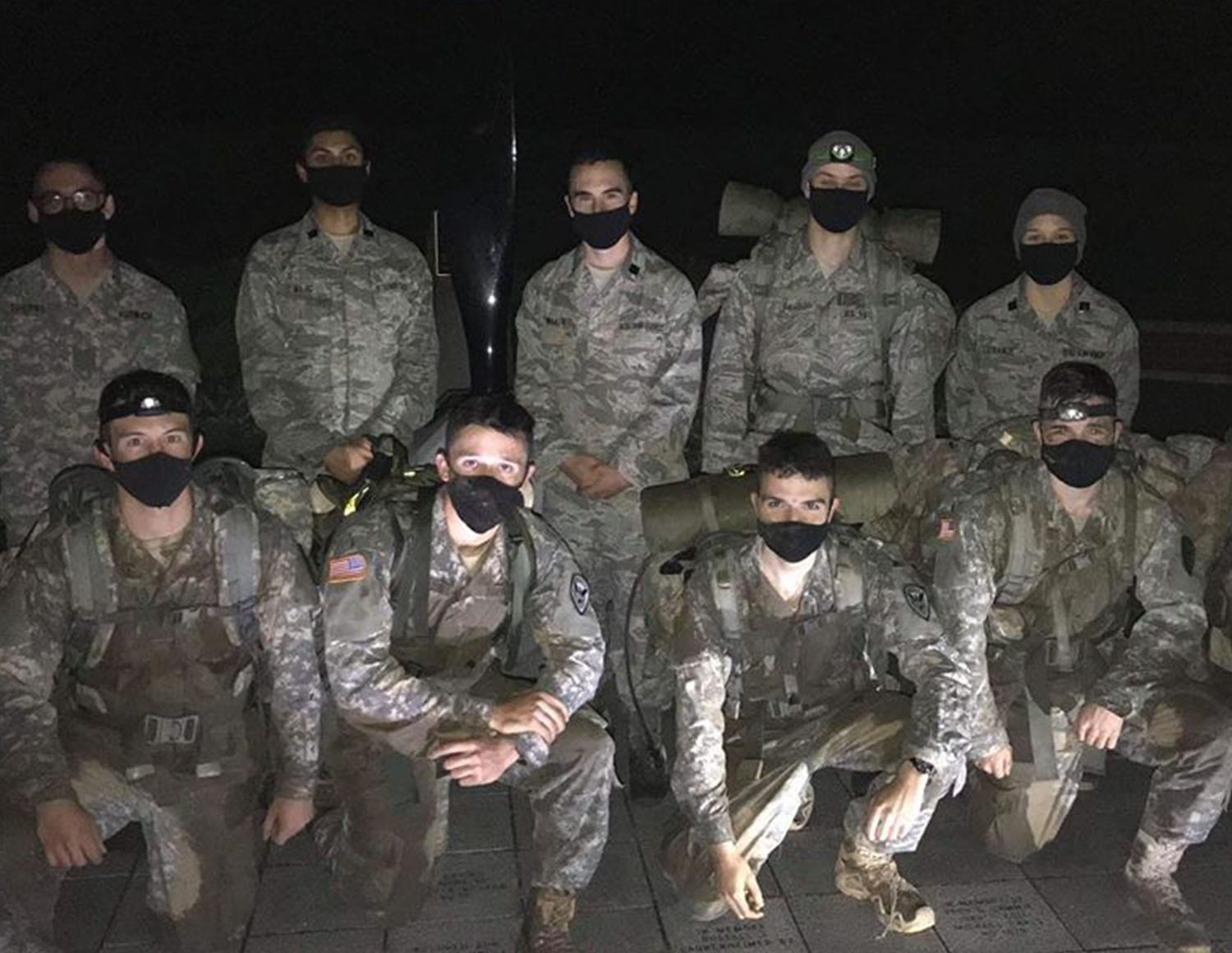 Today’s cadets will become tomorrow’s veterans, facing national service’s rewards, but also its rigors and responsibilities. Shae Strange, a Norwich junior who’s contracted into the U.S. Air Force, knows some service personnel have felt alone, maybe enough to take their own lives. Air Force Magazine reported this month that 137 airmen took their own lives in 2019, up 33 percent from 2018 and the highest number in Air Force history.

Strange, and other Air Force ROTC students in Norwich’s squadron of the Arnold Air Society, an honorary service-oriented group, wants veterans to know someone’s behind them. This weekend, on the track at Sabine Field at Haynes Family Stadium, they’ll run 22 hours straight to raise money for veterans suicide prevention.

22Kill launched in 2012, when Veterans Affairs estimated that 22 veterans and active service members on average were dying by suicide daily. (In October 2019, Military Times reported that the VA had revised its daily estimated military suicides downward to 17 per day.)

“The loss of every life is heartbreaking, and each suicide carries a deeply personal story,” Van Winkle said in a Defense Department statement, also issued Oct. 1. “Every suicide has wide-reaching impacts on families, friends, peers, the broader military community, and the nation as a whole.”

Running out the clock

The 22-hour run, which begins at midnight Friday and continues until 10 p.m. Saturday, is open to all in the Norwich community. Ihaab Majid,  a junior business management major and Air Force ROTC member who organized the run, said Norwich’s 18-member Arnold Air Society squadron will check in participants, who will keep track of their laps as they run (or walk, if they choose) in half-hour blocks.

Runners who log the most laps can win Amazon gift cards.

“Even with counseling centers and things out there, many people feel alone, like there is no one to reach out to,” Callahan wrote in an email. “Programs like 22Kill help through traditional and nontraditional counseling formats to help provide anyone thinking of suicide with the resources they need.”

Strange, an electrical engineering major and the squadron’s deputy commander, said she and her fellow Air Force cadets have been learning about suicide prevention resources available to them and how to practice “wingmanship,” standing by peers to steer them through trouble.

“(We want) to help lower the number as close as we can get to zero suicides,” she said. “I do not want veterans to go through the tough times alone.”

To complement the run, Norwich University’s Alumni Association will host a virtual “Legacy of Learning” session on Suicide Awareness from 4 to 5 p.m. Nov. 5. The session follows a similar session from June.