In Homecoming 5K, alumni go at their own pace — wherever, whenever 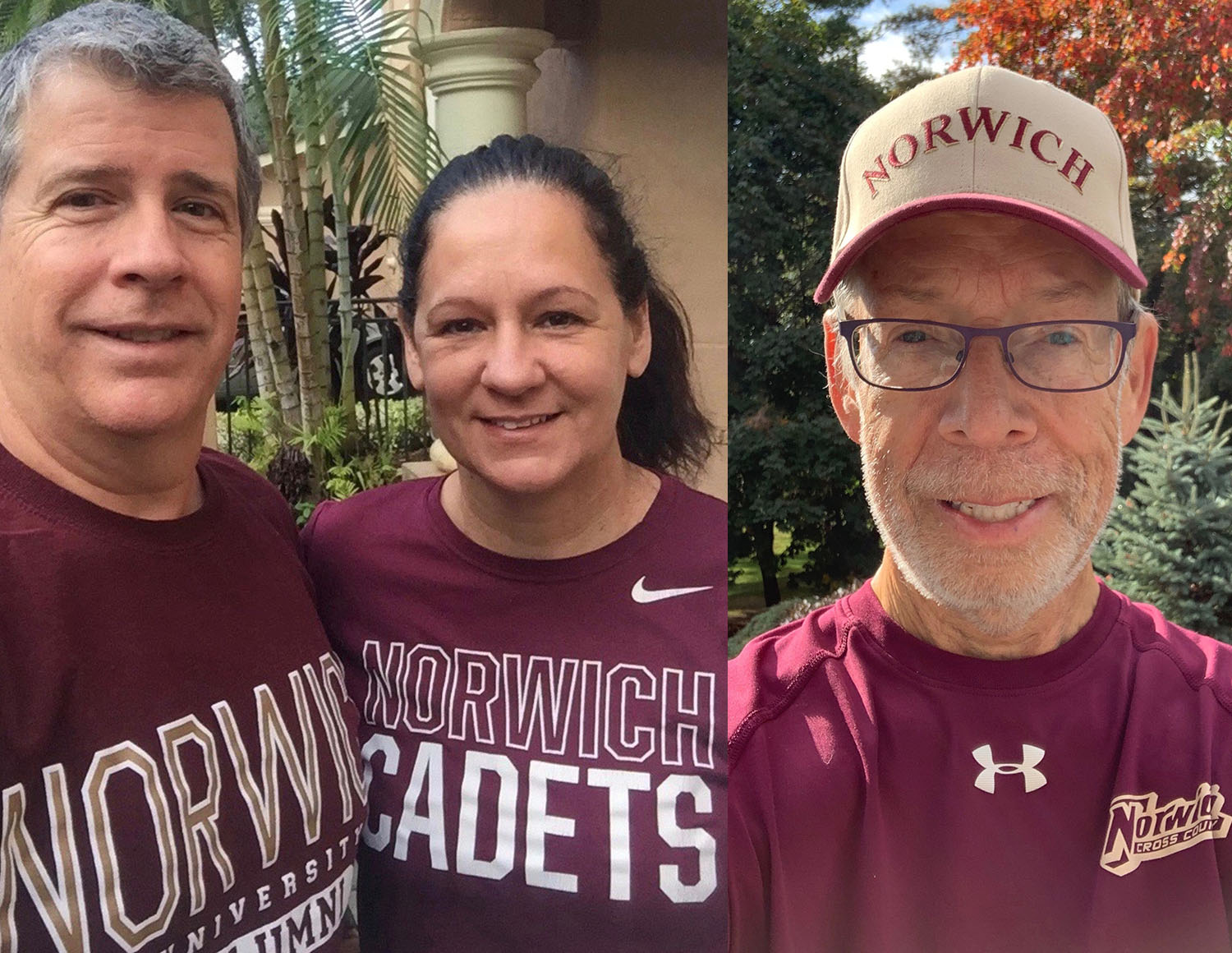 As student-athletes showed their skills in the Grit Games during this past weekend’s virtual Homecoming, Norwich alums broke their own sweat in a virtual 5-kilometer run.

The Grit Games, the 5K and a special workout simulcast with the Corps of Cadets helped Norwich continue its tradition of staying fit during Homecoming, some of which was broadcast to Norwich’s 26,000 alumni on NUTV, a channel streamed from the Alumni and Family Relations Office’s web and Facebook pages.

Homecoming, dubbed “From the Hill to Your Home,” was virtual this year with campus closed to visitors because of the coronavirus pandemic.

Forty runners participated in the virtual 5K (3.1 mile) race, which had runners run at a venue of their choice and report their times. Twenty-two submitted results.

“We would love to continue the 5K each year, in person or virtual,” Habeck said.

Patrick Higgins ’08 of Chillicothe, Ohio, finished in 23 minutes, 51 seconds to lead all runners and finish as the top men’s runner. Gloria Coffey P’22 of Mineola, New York, had the second fastest time overall and the fastest time among women contestants, 25:08.

Habeck said Jerry Runyon ’60 was the oldest finisher, who jogged or walked the distance while his wife drive alongside him, pace-car style. Carl Pascal ’70 ran the race in honor of his class’s 50th anniversary.

The 5K race fits Norwich’s tradition of getting and staying fit. Besides daily physical training for Corps of Cadets and ROTC students, Norwich’s students stay fit by running, walking or hiking, sometimes at the Shaw Outdoor Center.

The virtual Homecoming also featured a yoga session and a physical training session with the Corps of Cadets, broadcast on NUTV from the Upper Parade Ground.

“The PT with the Corps was a highlight for many so alumni could relive doing that morning training … and get to connect (virtually) with our students,” Habeck said, adding that he hoped to have in-person physical training with the Corps at future Homecomings.

Other Homecoming events involved food (a wine and cheese tasting, Pints with President Mark C. Anarumo), trivia (an all-classes Norwich trivia contest led by Regimental Commander Caleb Miller ’21), music (a bicentennial concert by the Regimental Band), esports (a tournament on Twitch) and tradition (a review and retreat by the Corps.)

Programming also included a playback of the renaming of North Hall to Schneider Hall, to honor Richard W. Schneider, who spent 28 years as Norwich’s president.