At Homecoming 2020, the grit was legit 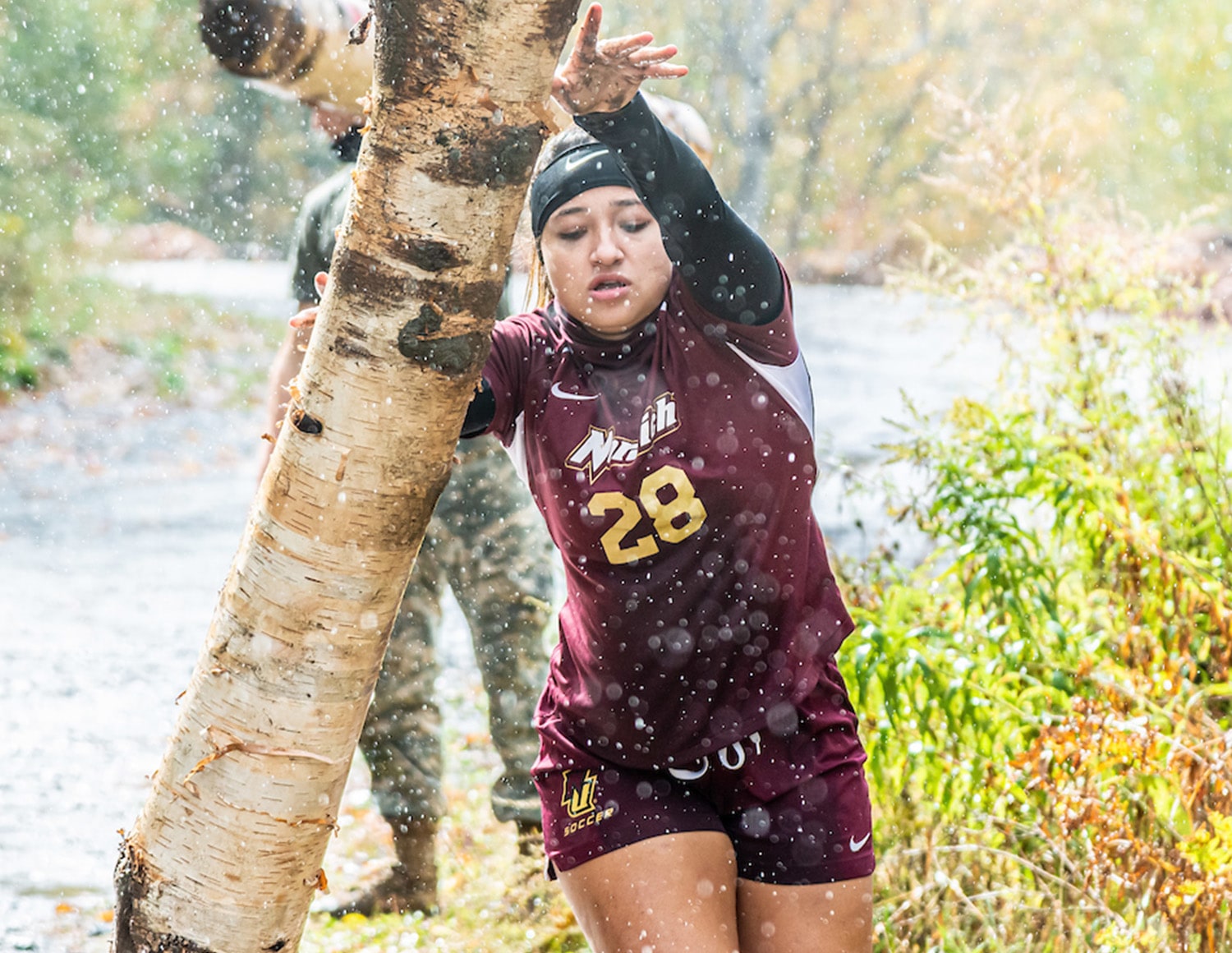 The heats’ overall top finishers reran the course during the final, when it rained the hardest, adding a low crawl as an event.

The games were viewable on NUTV, a combination of live and recorded programming streamed on the Alumni and Family Relations Office’s web and Facebook pages. Viewers tuned in, and checked in on a chat window, from Prattville, Alabama; Carmel, New York; Weston, Florida; and other sites.

Homecoming, themed “From the Hill to Your Home,” was held virtually this year with campus closed to visitors because of the coronavirus pandemic.

Tellifson and Faneuf, who’d had the two fastest times, met in the men’s final and finished in a dead heat at 2:18.10.

The rain was harder to take than the added low crawl, Faneuf said in a postrace interview with Norwich Athletics Communications Multimedia Specialist Tanner Acebo.

“When I was a little kid, that’s how I used to go down the stairs, so it worked out great,” Faneuf said, describing the low crawl. “But I’m soaked now, not a huge fan of that.”

But he was glad his mother tuned in for the livestream.

“Love you, Mom,” Faneuf said as he left the interview lectern.

Da Silva defeated women’s soccer teammate Tara Grogan, a sophomore from Statesville, North Carolina, in the women’s final with a time of 3:04.41. Ngo was unable to compete in the final and Farnum was mistakenly scored with a slower initial time before the women’s final was run.

The student-athletes seemed to enjoy themselves.

“It was challenging,” sophomore women’s rugby player Caitlin Burke said, adding that her nervousness melted when her heat started. “It was a lot of fun hearing the other athletes cheering us on.”

Clayburgh said of the course, “It was definitely a smoker. Honestly, it seemed a little easier than it actually was. The (log) flips kind of smoked your legs, then you still had to do burpees.

WATCH: The Grit Games at Homecoming 2020