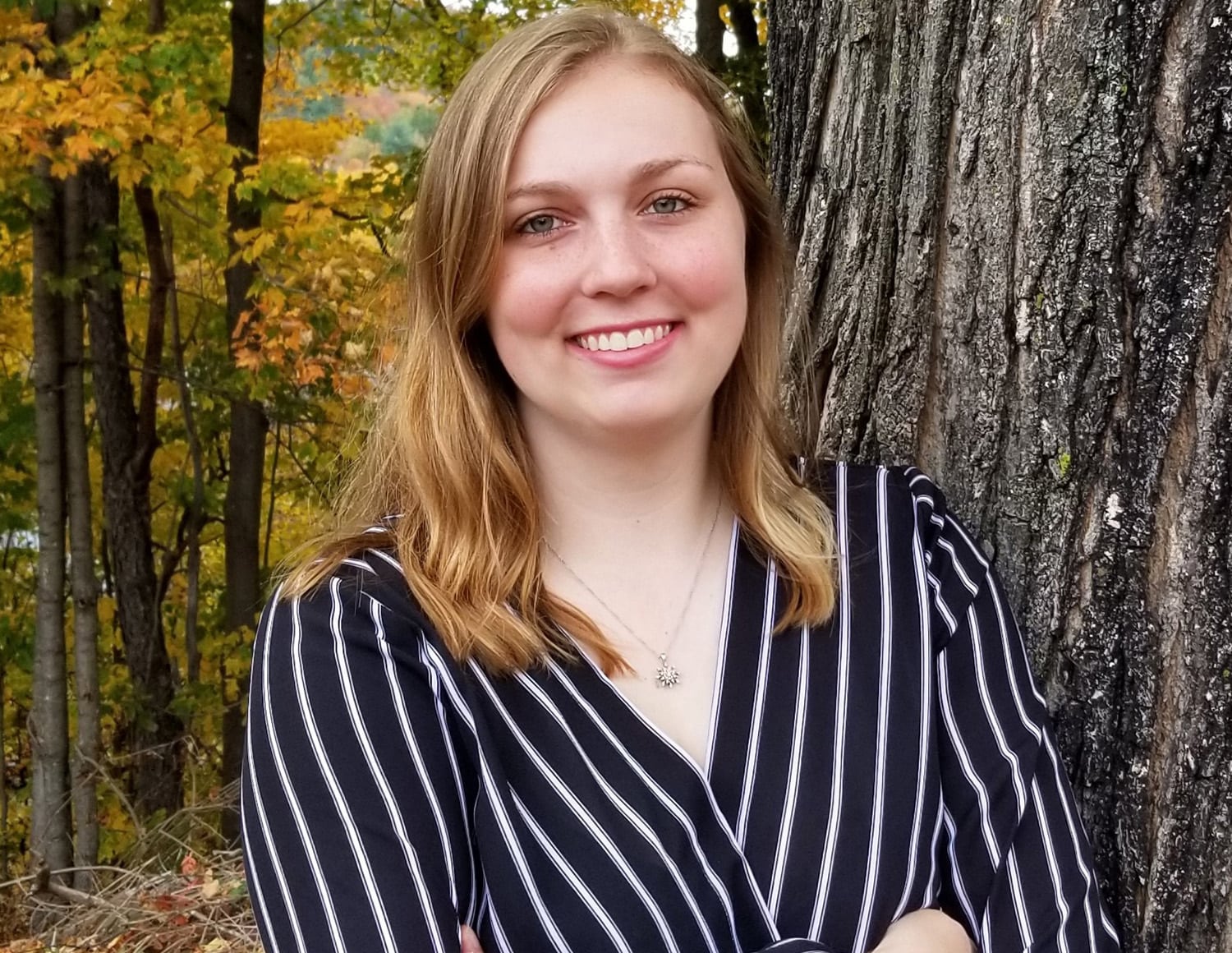 Rhodes Scholarships provide all expenses for two or three years of study at the University of Oxford in England, and may allow funding in some instances for four years. This selection is the first in a two-stage process, which begins with an institutional endorsement and, if the candidate is selected by a Rhodes Scholarship District Committee to move forward, progresses to an in-person interview with the Committee in November.

Dutil, a Northfield resident and 2020 Norwich graduate (summa cum laude), was a triple major in engineering, environmental science and chemistry with a GPA of 3.97/4.0. She was deeply involved in scientific research projects throughout her studies at Norwich as an Undergraduate Research fellow for two summers and a research apprentice for one summer. Her projects included (1) environmental reconstruction research from the last Ice Age using sediment cores and macrofossils from Pecks Pond in Barre, Vermont, (2) targeted chemotherapy drug development, specifically using Taxol and tamoxifen derivatives for breast cancer, and (3) examining Israel’s water resource management and technology in relation to water scarcity and political unrest in the area.

Dutil has presented her research at the Northeastern Geologic Society of America Conference and several Association for Environment Health and Sciences Foundation conferences.

“I am very thankful for the opportunity Norwich has given me to pursue this scholarship,” Dutil said. “My goal is to help the environment and those impacted the most by climate change, which is likely the biggest obstacle many will face during their lifetime. I would love to work at the UN, EPA, or NIH; and having such a prestigious nomination behind my name will surely help me along that path.”

Dutil was a Center for Global Resilience and Security Student Fellow for two years, performing environmental security research, mentoring more junior fellows in research on impacts of climate change and collaborating with the Association for Environmental Health and Science Foundation (AEHS) to plan plenary sessions at their annual conference. She continues to serve as a fellow as a graduate student in Norwich’s Master of Civil Engineering program with a focus on environmental/water resources engineering in the College of Continuing and Graduate Studies.

Dutil has presented her research at a variety of scientific conferences, including the Northeastern Geologic Society of America Conference and several Association for Environment Health and Sciences Foundation conferences. At Norwich, she also was a member of the eSports team.

Dutil was selected for a prestigious 2020 summer internship with the Woods Hole Research Center where she studied climate change’s effects on national security from a policy perspective.

“We are most proud of Mallory and we look forward to supporting her efforts to submit an application this fall to the District 1 Rhodes Committee,” the panel said.

The Rhodes Trust, instituted in 1902, awards scholarships based on four guiding criteria: literary and scholastic attainments (academic excellence); energy to fully use one's talents (as demonstrated by mastery in sports, music, debate, dance, theater, and artistic pursuits); truth, courage, devotion to duty, kindliness, unselfishness and fellowship; and moral force of character and instincts to lead and take an interest in other people.

Norwich University is a diversified academic institution that educates traditional-age students and adults in a Corps of Cadets and as civilians. Norwich offers a broad selection of traditional and distance-learning programs culminating in baccalaureate and graduate degrees. Norwich University was founded in 1819 by Capt. Alden Partridge of the U.S. Army and is the oldest private military college in the United States. Norwich is one of our nation's six senior military colleges and the birthplace of the Reserve Officers’ Training Corps (ROTC). www.norwich.edu