With a promise, we proceeded 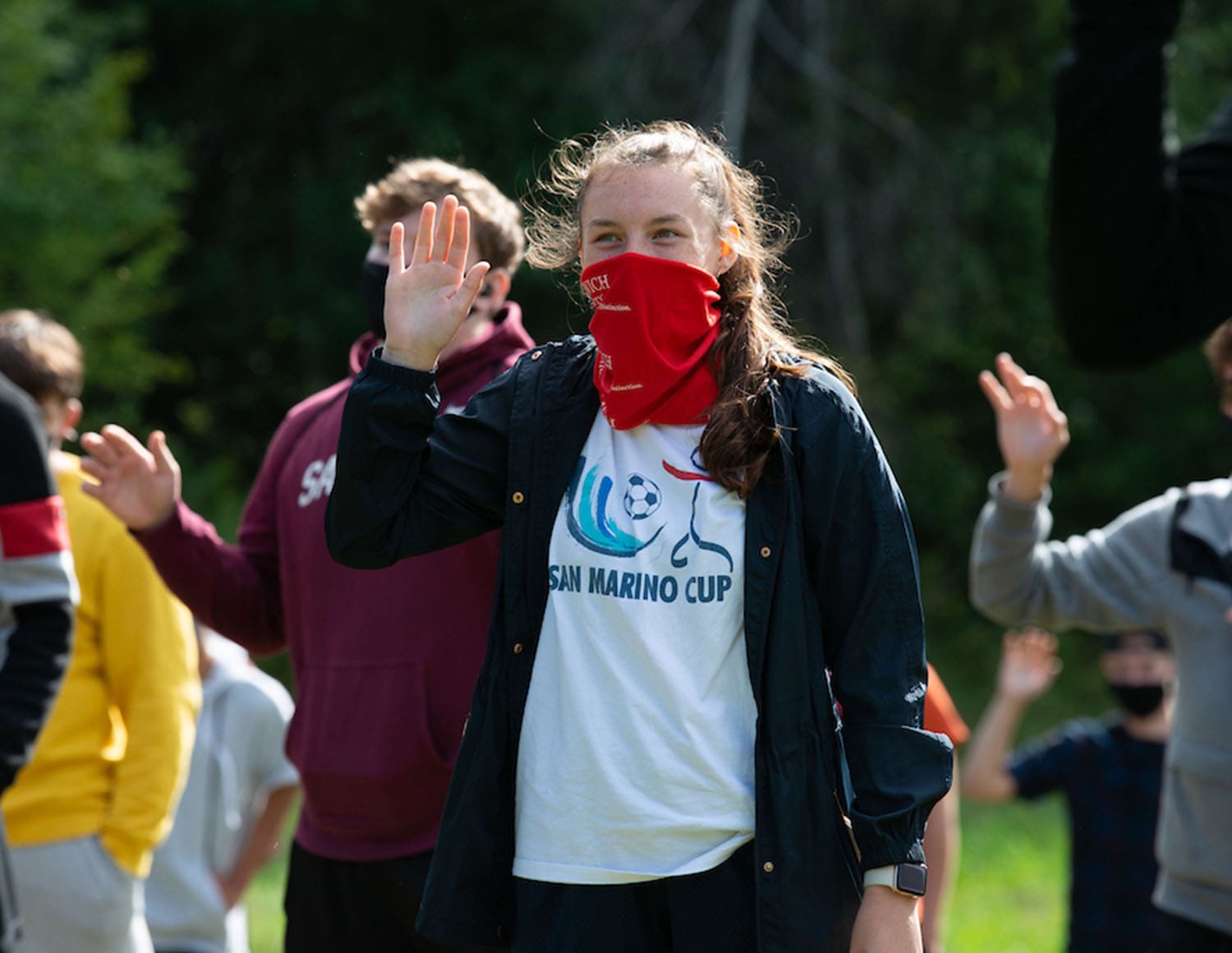 Traditions are many — the Regimental Ball, Dog River Run, ring ceremony, 100s Day, many others. The Oath Ceremony precedes them all.

As classes enter their fourth week, the oath’s power holds, standing as a behavioral guidepost. The oath ceremony has frequently happened at one site — last year’s was on Sabine Field at Haynes Family Stadium for both the civilian and Corps students. But this year’s ceremonies were split to reduce crowd size and enable the physical distancing Vermont Health Department guidelines require during the coronavirus pandemic.

“Now, more than ever, it is vital that we honor honorable and ethical behavior to help ensure the health and well-being of our Norwich community in the midst of a global pandemic, politically charged environment and insecurity throughout the world.” Norwich University President Mark C. Anarumo

At the Corps ceremony, Col. Michael Titus, the commandant of cadets, and Frank Vanecek, Norwich’s senior vice president of student affairs and technology, joined Anarumo on the reviewing stand.

Anarumo, a retired U.S. Air Force colonel who spent 30 years in the Air Force and U.S. Army, succeeded Schneider as Norwich’s president June 1. Anarumo reminded the audience of the oath’s place as a revered Norwich tradition and lauded the students for bearing with COVID-19’s disruptions.

“To the parents, families and friends watching online … you should be tremendously proud of your sons and daughters standing on this field today,” Anarumo said, “not only of our rooks, who have achieved a momentous milestone … but to the remarkable cadre that’s standing here leading these incoming freshmen.

“We’re all in masks, and as I said, although this isn’t what we wanted, we’re (playing) with the hand we were dealt,” Anarumo said.

Anarumo said by taking the oath, the rooks promised to follow the Honor Code, instituted in 1950, and the longstanding Guiding Values, which Norwich’s community follows to keep a high moral standard of honorable, ethical behavior.

“Now, more than ever,” Anarumo said, “it is vital that we honor honorable and ethical behavior to help ensure the health and well-being of our Norwich community in the midst of a global pandemic, politically charged environment and insecurity throughout the world.”

“Cadet leaders on the regimental staff will shape and reinforce that culture, yet it is up to each one of us to exemplify honor, integrity and truth each day,” he said. “When you take an oath, you give your word. And your word is your bond.”

Maranda Ruggles, a senior civilian student on a premed track, said the oath introduces new students to Norwich’s mores and morals, especially as outlined in the Honor Code.

“The oath is a way to welcome all new students into the Norwich family and a way to ensure that they are promising to uphold our traditions,” Ruggles, who served as a fall 2020 student orientation leader, wrote in an email. “As I go through my day-to-day life at Norwich I do my very best to live out the statement of the Honor Code. Respecting officials isn’t just following the rules put in place by them but also greeting them kindly when you see them.

“You don’t just personally follow the Honor Code but you stress to your peers how following it will make them better people daily,” Ruggles added. “It’s attacking each challenge with the mentality of our motto, ‘I will try.’”

Kolbe Klinedinst, a freshman chemistry major who was among the Upper Parade Ground’s rooks, said the oath crystalizes the university’s unified spirit.

“After you complete the oath, you realize that there are no more individuals, you are all together as one,” Klinedinst wrote in an email. “I believe the most important part is to foster the Norwich spirit and uphold the traditions of our alma mater. It is by doing so that we keep the traditions alive and honor those who have passed through Norwich before us many years ago.

“The oath may be challenging to follow,” Klinedinst, a student blogger contributing to Norwich’s In Their Words series, said. “But we all came to Norwich to be challenged and achieve distinction and this oath will hold us accountable.”