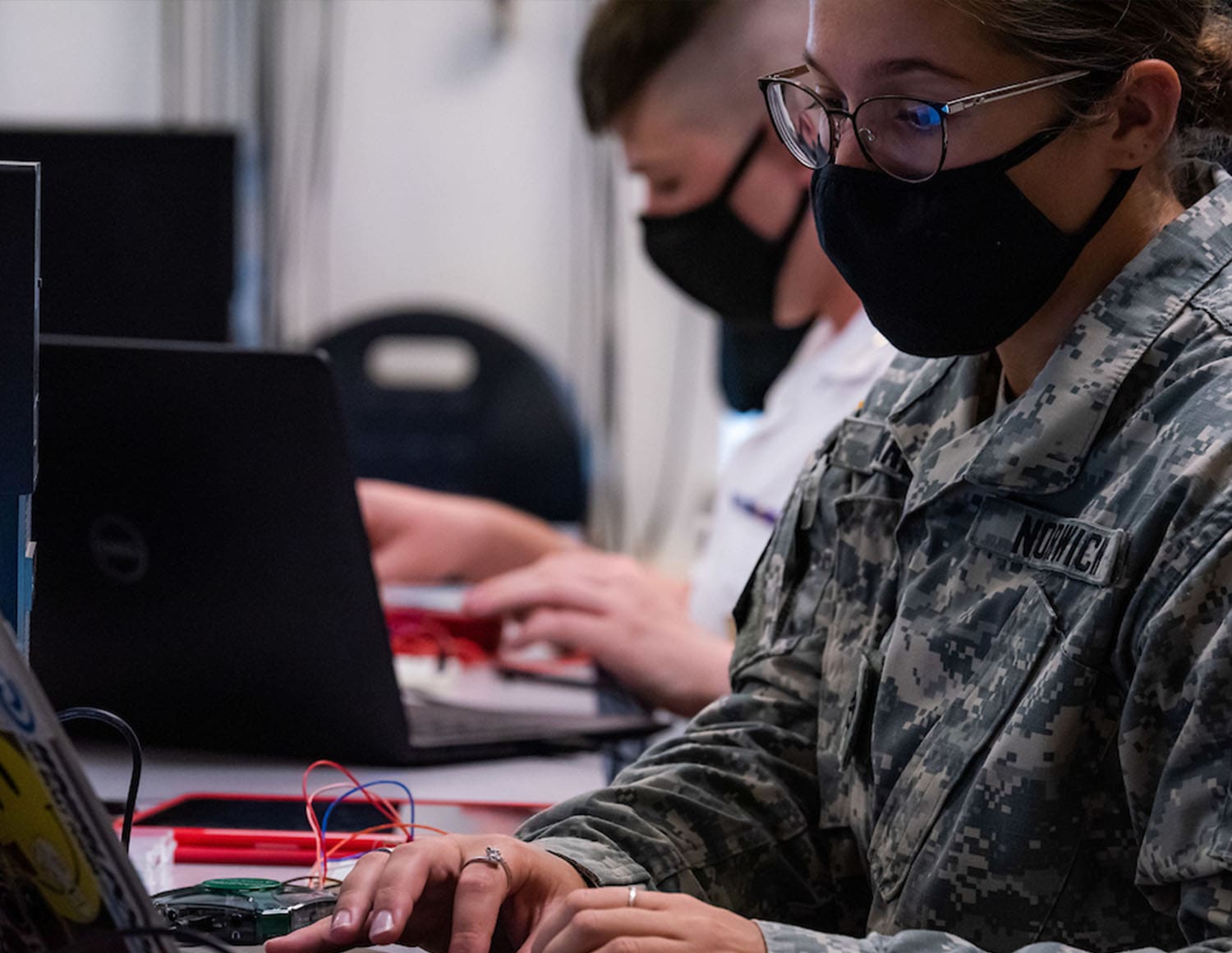 This lab’s all about current events

Simply speaking, an amplifier can be an electrical circuit contained within another device or a separate piece of equipment. An amplifier’s amplification is measured by its gain, the ratio of output voltage, current or power to input. (An amplifier is a circuit that has a power gain greater than 1.)

Prairie, the Electrical and Computer Engineering Department chairman, said Monday’s lab experiment aimed to have students control how much power gain is used to amplify the signal — from the guitar, for example — without letting things they can’t control affect it.

Prairie wanted his students to ensure that heat didn’t influence their circuits’ stability. Using the guitarist analogy, it would be important that the amplifier’s performance was linked to just the strumming of strings rather than the streaming of the sun warming the amp on an outdoor stage. (He had the students warm some transistors in their hands to introduce temperature variability.)

Monday’s class used a voltage meter to gauge the stability of their circuits’ signal. Prairie said the students built some circuits that were very simple and delivered the immediate gratification of a good signal. Other circuits they built were a little more complicated, but the extra effort seemed to yield only the same results.

“The message,” he said, “is that the easy answer isn’t always right.”

Junior Tyler Horn, who hopes to remotely pilot aircraft in the U.S. Air Force and work in robotics afterward, said the lab exercise taught him to explore many options when problem solving.

“Sometimes the measurements we take are not always right due to many factors,” he said in an email, “and all answers should be tested.”

That Prairie, a 1983 Norwich graduate, would use a music analogy for engineering makes sense. As a Norwich undergraduate, Prairie played the baritone horn in the Regimental Band for a year before pursuing other Corps leadership opportunities.

Part of Monday’s goal, Prairie said, was showing that the circuits in the textbooks look like perfectly built, perfectly performing circuits. Real-life circuit building, however, is trickier and messier.

“There’s a squishiness,” he said. “That’s a really unscientific term, but it describes how some of these things (like transistors) work if we’re not careful how we use them in the real world.”

Click here to see the full photo gallery from Monday.