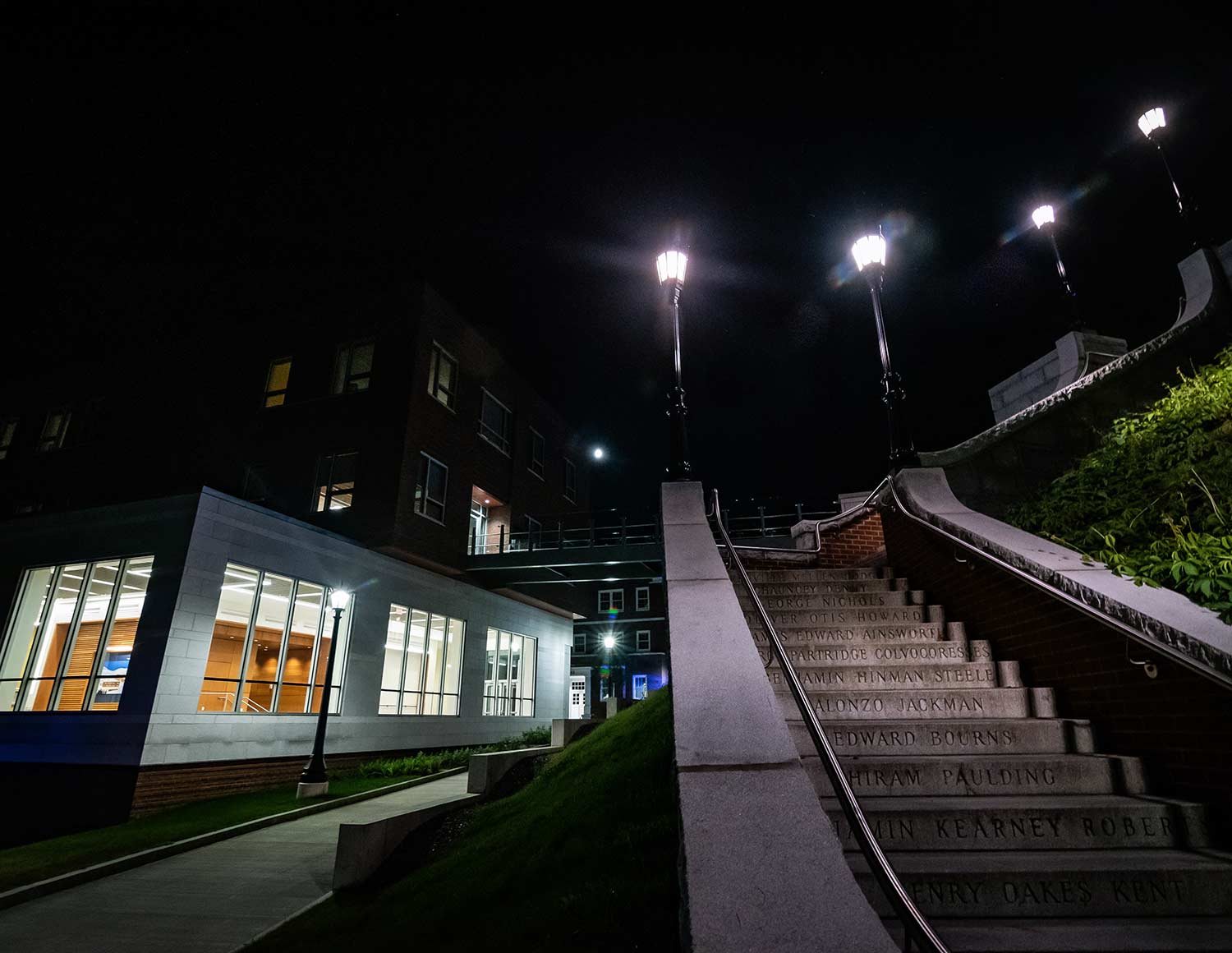 The Bicentennial Stairs, standing between the Upper Parade Ground’s southeast corner and the Sullivan Museum and History Center, were completed, unveiled and dedicated in September 2019 during the bicentennial Homecoming weekend. They were built with money from the five-year Forging the Future Campaign, which ended Dec. 31, 2019, and raised more than $121 million, exceeding its $100 million goal.

The two-tiered Bicentennial Stairs include 78 steps and are built from granite. The steps include the names of Norwich’s leaders, distinguished alumni, Norwich community members with outstanding military and civilian careers and people who represent the university’s “firsts.”

“May generations of Norwich students ascending this two-tiered staircase be lifted up by their legacy.” Doug McCracken, Norwich University Class of 1970

One step, at the top of one stairwell tier, is named for Richard W. Schneider, who retired May 31 after 28 years as Norwich’s president. Schneider, who led five consecutive goal-exceeding fundraising campaigns, will deliver the keynote address Saturday during the virtual Commencement and receive an honorary doctorate. The event was postponed from May because of the coronavirus pandemic.

McCracken, the Bicentennial Commemoration Committee chairman, said, “May generations of Norwich students ascending this two-tiered staircase be lifted up by their legacy, and let their good works and achievements be an inspiration to us all both now and in perpetuity.”

Click here to see the full photo gallery from Sept. 8.