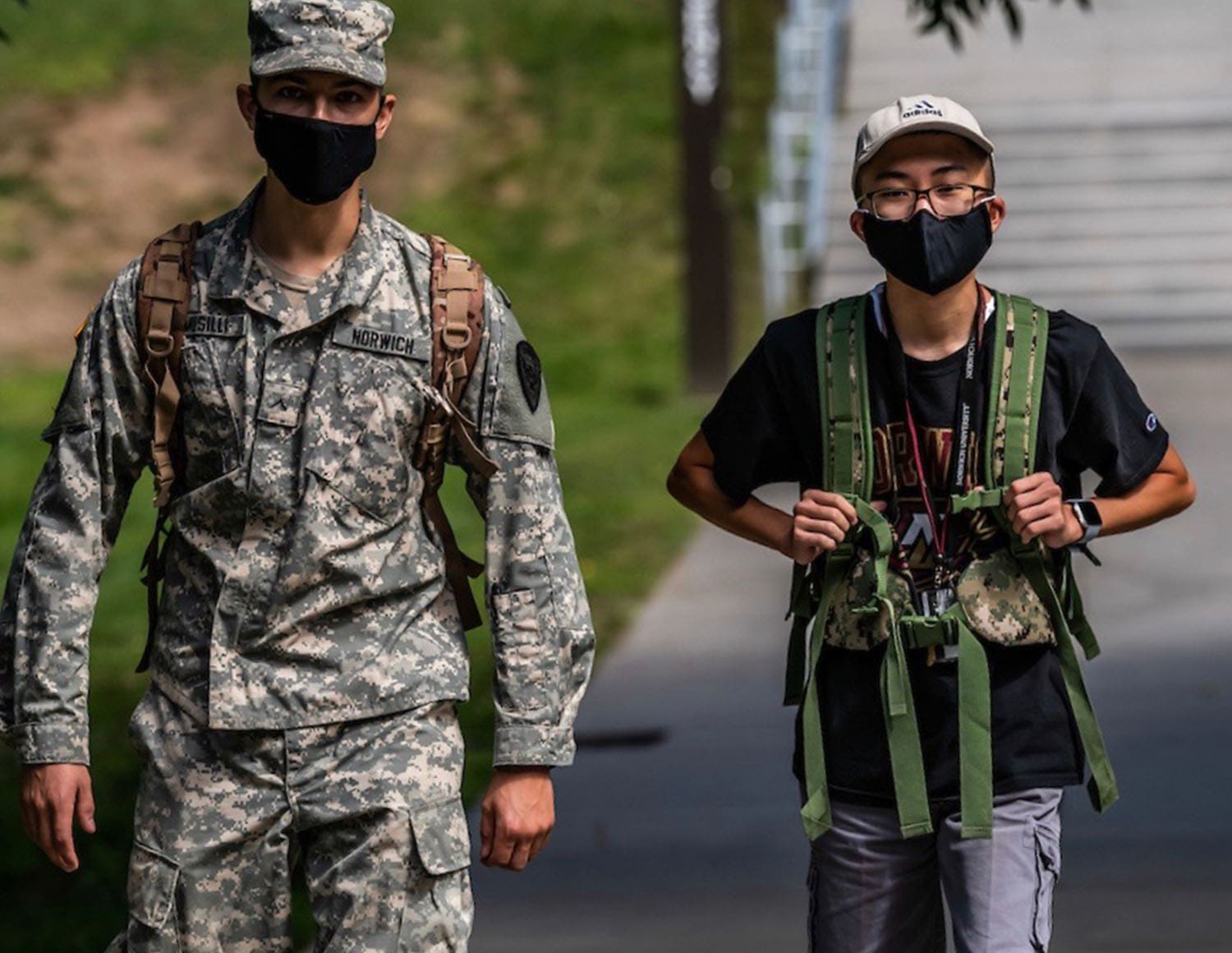 On the road to Commencement

All roads will eventually lead to class for these Norwich University students, perhaps in the warmer fall weather, to outdoor learning spaces, as happened last week with some nursing students. One day, all academic careers for Norwich’s many cohorts, civilian and Corps, will lead to Commencement.

On Saturday, President Emeritus Richard W. Schneider will deliver the keynote address for the virtual Commencement, which was postponed from its usual May time slot by the coronavirus pandemic. The 2 p.m. event will be virtual because of Vermont Health Department coronavirus guidelines barring large gatherings.

The event will be streamed live on norwich.edu/commencement.

Schneider has numerous accomplishments as Norwich University’s 23rd president. He oversaw multimillion-dollar fundraising campaigns that allowed makeovers of existing campus buildings and the addition of new ones. He boosted the university’s endowment fivefold, oversaw increases in enrollment (up more than 62%), expanded academic majors and course offerings and championed undergraduate research programs and study away and abroad programs.

Schneider also led an expansion of the Corps of Cadets (up more than 60%) and the establishment of the online College of Graduate and Continuing Studies. His Norwich After Next plan has the university poised to prosper for years to come.

To coincide with Commencement, the building known as Webb/North Hall will be renamed Schneider Hall. A renaming ceremony will run at 11:45 a.m. Saturday.