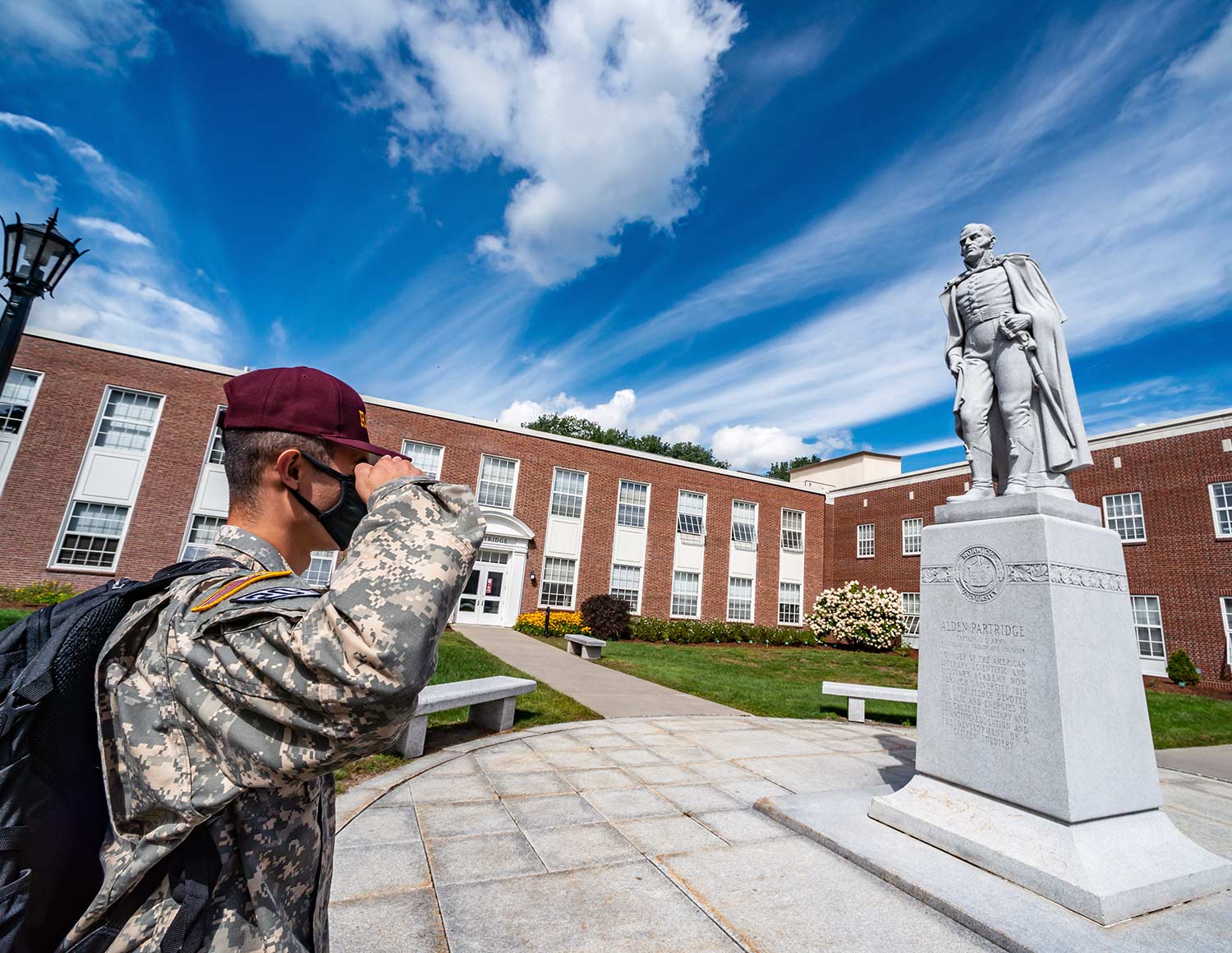 Friday, Sept. 4 marks the 200th anniversary of the first students arriving at what was then known as the American Literary, Scientific & Military Academy. Coming to the town of Norwich, Vermont, from places as near as across the bridge in Hanover and as far as southern Mississippi, the 37 handwritten names recorded as arriving on Sept. 4, 1820, in the manuscript “Roll of Cadets” represent the first members of the Norwich community.

Just a glance at this archival document reveals notable differences in the students of 1820 and 2020. Of the original 37, half were younger than 16. The youngest, Joseph Hatch of Norwich, was only 9 years old. Only a quarter would be considered college-age today, with Thomas Freelon, a nearly 23-year-old lieutenant of the Navy, heading up the pack.

The Archives & Special Collections’ extensive digitization of the correspondence by Capt. Alden Partridge, the university’s founder, makes further researching any of these original cadets only a click away.

Because of the necessity of stricter measures for the younger boys, such a drastic age differential caused friction with the older students, who felt the indignity of being reported by a preteen every time they ran up the stairs too quickly. Freelon expresses as much in a May 1821 letter to the university’s founder, Capt. Alden Partridge: For the younger students, “it is not so galling to them to be order’d about and commanded by boys of 11 or 12 years of age,” but for him, it was so insufferable that he resolved to withdraw from the military program, staying on only as a “Student of Mathematics” to cease exciting the younger cadets’ jealousies of his rank.

The Archives & Special Collections’ extensive digitization of the correspondence by Partridge, makes further researching any of these original cadets only a click away. The letters Partridge received from parents or guardians contain hints to the cadets’ home situations, their proclivities for schoolwork, and their families’ hopes for how Norwich could prepare cadets for the real world. “It is probable,” 19-year-old Rodman Day’s guardian wrote to Partridge, “that he should pursue mercantile business. He may become a farmer.”

Other manuscripts available on the Archives’ website, such as room inspection reports, were penned by the original students themselves. One such report, written in September 1823 by the Mississippi resident George L.C. Davis, diligently reports infractions such as playing flutes during study hall and throwing water out of the windows — and reveals that three years after joining the first Norwich class, the 16-year-old Davis now preferred to be called Lewis, his middle name.